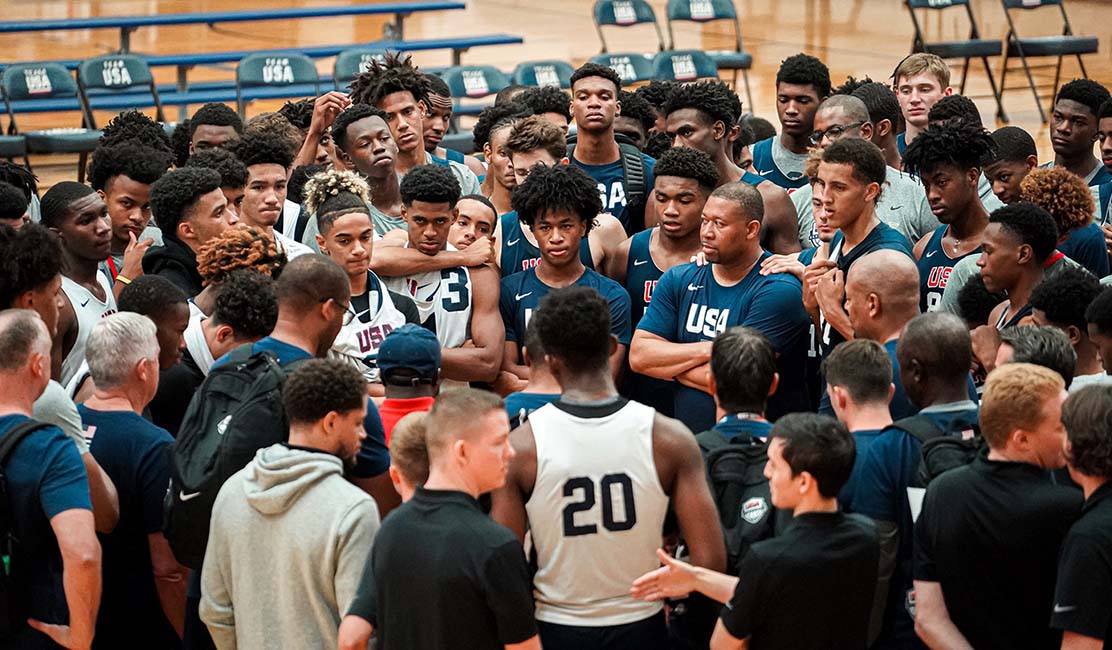 Forty-eight athletes will participate in a USA Basketball Men’s Junior National Team minicamp from April 1-3 in New Orleans in conjunction with the 2022 NCAAFinal Four. The minicamp includes participating in the NCAANext Generation Sunday on April 3.

Minicamp participants and coaches were selected by the USA Basketball Men’s Developmental National Team Committee and will represent the high school graduating classes of 2023, 2024 and 2025. In addition to on-court drills and scrimmages, the athletes and their parents will participate a series of educational programs presented by USA Basketball and the NCAA.

On Sunday, April 3, athletes from the high school class of 2023 will take part in an intrasquad scrimmage on the court at the Caesars Superdome, site of the 2022 NCAAMen’s Final Four. Also Sunday, members of the classes of 2024 and 2025 will conduct an intrasquad scrimmage at the Ochsner Sports Performance Center, home of the NBA’s New Orleans Pelicans. Minicamp participants will also attend Saturday night’s semifinal games.

“USA Basketball always makes the most of opportunities to engage with young athletes,” said Sean Ford, committee chair and USA Basketball’s Men’s National Team director. “Junior national team minicamps give athletes and their families the opportunity to learn more about USA Basketball and our values in a competitive and educational environment.”