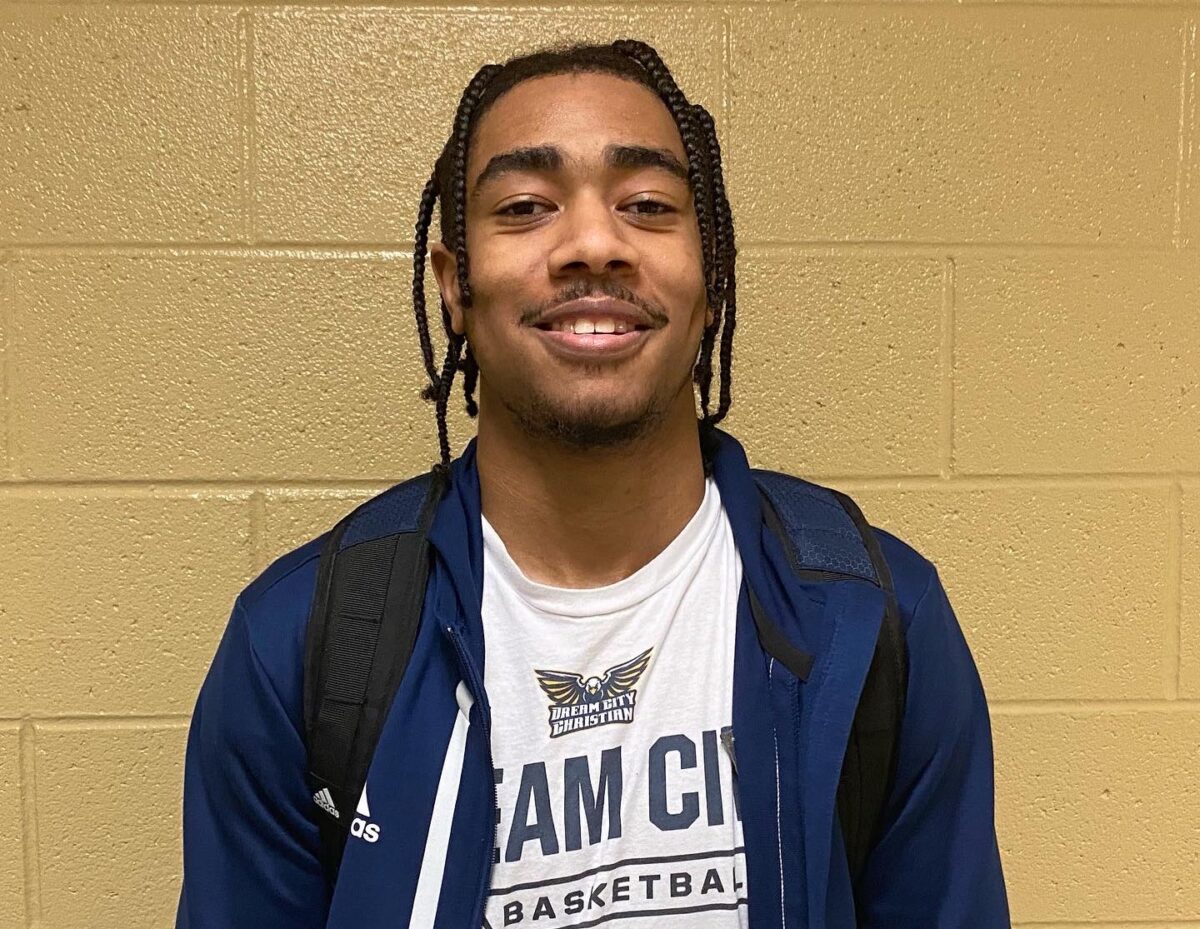 By MATT WHITFIELD AURORA, CO. — After wrapping up his regular season slate this weekend at the Gary Rhoades Classic in Colorado, class of 2023 Dream City (AZ) Christian shooting guard Braelon Green says Kansas is working the hardest for his recruitment. “They’ve come to a practice and talked to me almost everyday [in the last month],” Green said, adding that assistant coach Kurtis Townsend has come to a practice and he’s spoken to coach Bill Self once.  The 6-foot-3, 175-pound shooting guard out of Southfield, MI, says he’ll likely take a visit to KU during the summer. “I’m not sure what other visits I’ll take for now,” he said. Green says Michigan State, Mississippi State, Auburn and Purdue are also in the in the mix. He has previously taken unofficial visits to Michigan State and Arizona State, but dispels rumors that Michigan State is the favorite to land him. “That’s not accurate,” he said. “I’m not saying I won’t go there, but I still have options. I think it’s because I’ve been there all the time and it’s close to my house.” Mikey Lewis – Denver Prep Academy – Class of 2024 Mikey Lewis was Mr. Everything for Denver Prep in their Friday contest against Donda Academy. Lewis finished with 30 points, nine rebounds, two assists and three steals in the loss. The smooth point guard has a slick handle and is seeing an uptick in his recruitment. “I’ve been hearing a lot from a lot of new schools,” Lewis said. “I’ve heard from UNLV, Oregon State, and a couple other schools.” Lewis has not taken any unofficial visits and while he doesn’t have any planned, he is sure he will be taking some soon. Zion Sensley – Prolific Prep – Class of 2024 Zion Sensley, the son of former NBA player Julian Sensley, is an athletic 6-foot-9 power forward with a college body and frame despite only being a sophomore. He saw a good amount of playing time on an upperclassmen led Prolific Prep team. Sensley runs the floor well and has a good handle for a big. He is not afraid to shot the long ball. Sensley says he’s likely ot grow to be 6-foot-11. “The schools that have shown interest are Stanford, Portland, Hawaii, Washington State, among others,” Sensley said. Follow Matt on Twitter Follow Adam Zagoria on Twitter Follow ZAGSBLOGHoops on Instagram And Like ZAGS on Facebook