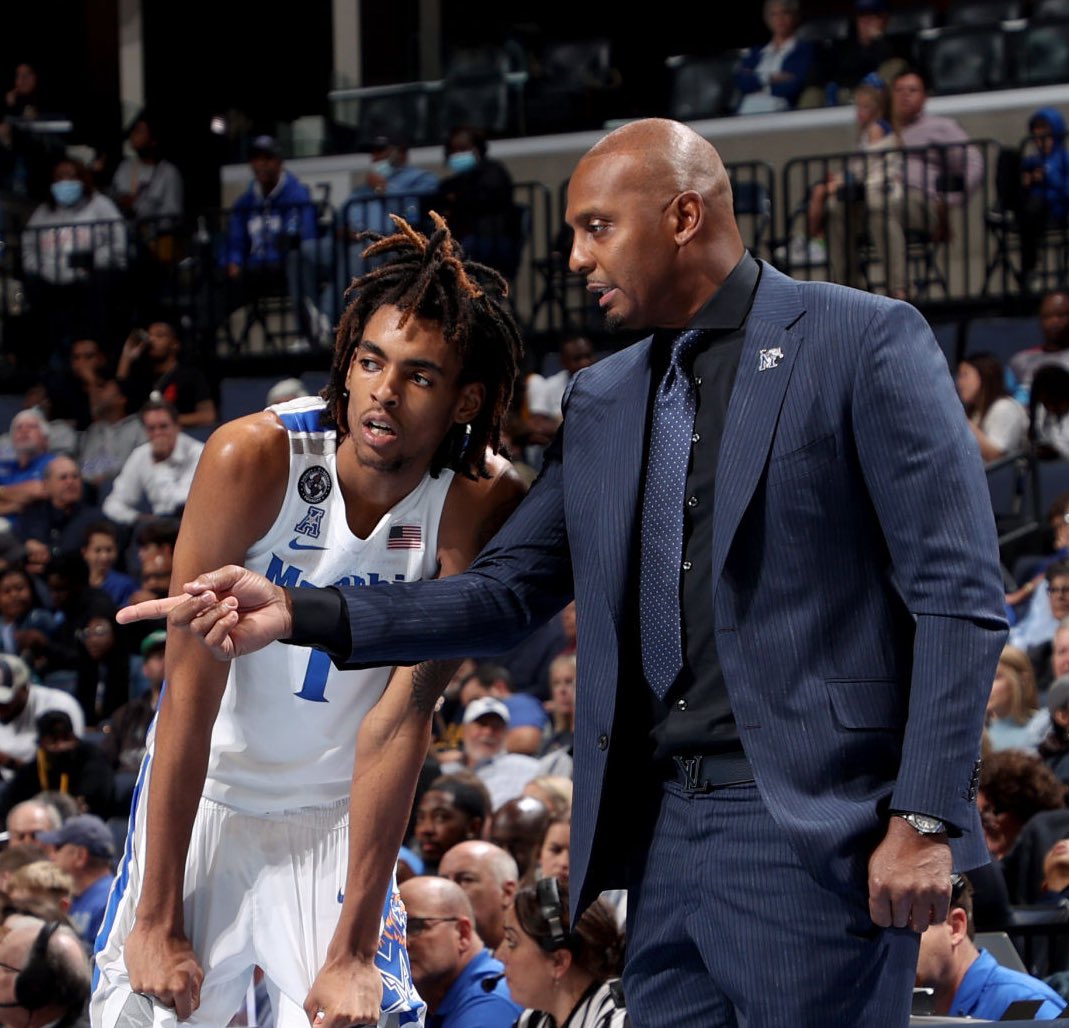 By ADAM ZAGORIA Emoni Bates missed Memphis’ 88-60 victory over UCF on Saturday while he was back home in Michigan seeing a back specialist, and head coach Penny Hardaway expects him back in Memphis on Sunday. The Tigers next play Wednesday against Tulane. “He comes back [Sunday],” Hardaway told reporters after the game. “He’ll get back into the fold. We’ll see what happens with his back and see how much he can do. Whenever he’s ready, we’re ready for him.” The 6-foot-9 Bates, 18, was originally set to miss Thursday’s game at Cincinnati due to a “biomechanical” issue in his back, his father Elgin Bates told Matt Norlander, but that game was postponed by weather. The elder Bates said the back problem “can be corrected with treatment. Elgin Bates dismissed rumblings that his son might leave the Memphis program to take a professional path such as the NBA G League or an overseas option. “I have no clue what that’s about,” Elgin Bates said. “He’s been having pain and we’re going to figure out what’s going on.” Bates, once considered the “next Kevin Durant,” has struggled in his adjustment to playing against older college players while averaging 10.4 points, 3.6 rebounds and 2.6 turns for a Memphis team that has won three straight but is 12-8, sixth in the American Athletic Conference and currently out of the NCAA Tournament picture. He did have perhaps his best game of the season in an 87-80 win over Cincinnati on Jan. 9 when notched 12 points, seven rebounds, six assists and one turnover. He is currently projected as the No. 20 overall pick in 2023, per ESPN.com. Follow Adam Zagoria on Twitter Follow ZAGSBLOGHoops on Instagram And Like ZAGS on Facebook

Rick Pitino in negotiations with Iona for a lifetime contract

Collin Gillespie, Justin Moore will be game-time decisions for No. 15 Villanova vs. St. John's