Stanford lands Class of 2023 Top-20 guard Kanaan Carlyle: ‘I can make my own legacy’ 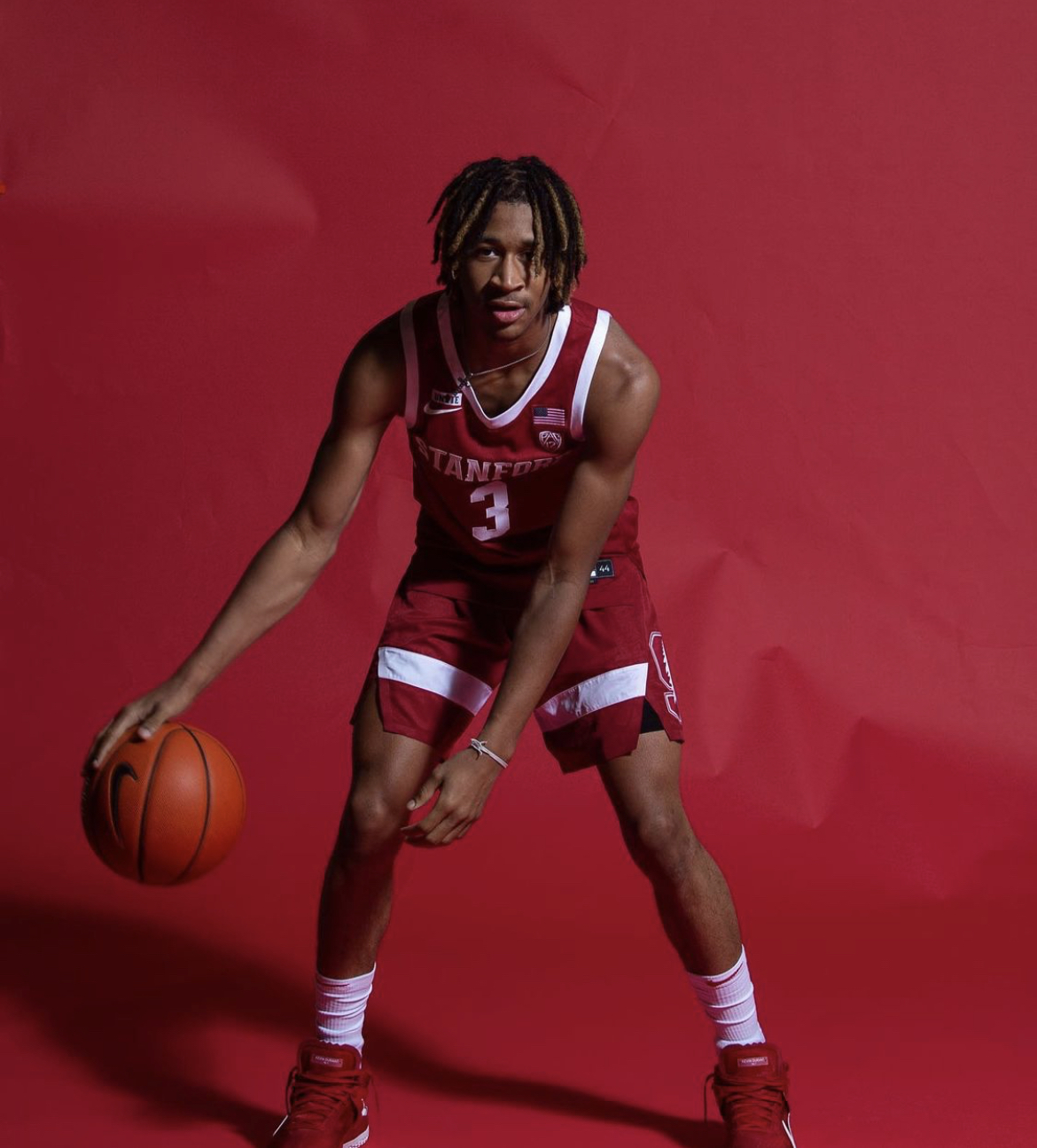 By JACOB POLACHECK The dominos continue to fall in the class of 2023 as five-star guard Kanaan Carlyle has committed to Stanford, he tells ZAGSBLOG, becoming the fifth Top-20 junior to come off the board. “The family atmosphere and education (were deciding factors),” Carlyle said. “I can make my own legacy.” The 6-foot-1, 170-pound combo guard from Milton (GA), chose Stanford over Baylor, Kansas, Florida and Auburn. He took official visits to Auburn (Oct. 8-10) and Baylor (Oct. 16) before his final official visit to Stanford on Nov. 5. Carlyle says he was impressed by the scenery and the close proximity of everything within the basketball program during his visit. As the first commit in Stanford’s 2023 recruiting class, Carlyle is looking to recruit four-star guard Wesley Yates and three-star forward Cade Phillips to join him. Ranked as the No. 19-overall prospect in the class of 2023, Carlyle describes himself as a two-way scoring guard that is going to excel on both ends of the floor and bring energy to the floor. Milton head coach Allen Whitehart can attest to Carlyle’s energy and two-way prowess, pointing to his performance in Milton’s 52-47 win over Berkmar in the Georgia Class AAAAAAA state championship game when Carlyle went 8-for-10 from the free throw line in the final minute of the game. “For a sophomore to step up and do that on that stage, we’re looking at each other like, man, he’s got ice water in his veins,” Whitehart said. “He stepped up and knocked eight in a row down.” Whitehart calls Carlyle a ‘high-level competitor’ that’s always in attack-mode. “(Kanaan) just wants to win,” he said. “He wants to compete and win at a high level. He wants to be pushed and continue to develop at a high level. I think that’s what’s going to separate him from a lot of the other recruits as they get to the collegiate level.” Carlyle’s commitment comes just one day after his 22-point, seven-rebound performance to lead Milton to a 80-46 victory over Cherokee (GA) High School. “I think the game is starting to slow down for him and he’s starting to get a much better understanding of when to be aggressive and when not to be aggressive,” Whitehart said. “He’s starting to understand when to attack and when not to attack, when to pass and when not to pass.” Follow Jacob Polacheck on Twitter Follow Adam Zagoria on Twitter Follow ZAGSBLOGHoops on Instagram And Like ZAGS on Facebook

How Christian Anderson Jr. is taking his 15-year basketball foundation to the Maize and Blue