Class of 2023 Top-30 guard Marvel Allen cuts to eight schools, looking to 'come in as a freshman and take over' | Zagsblog
Follow @adamzagoria

Class of 2023 Top-30 guard Marvel Allen cuts to eight schools, looking to ‘come in as a freshman and take over’ 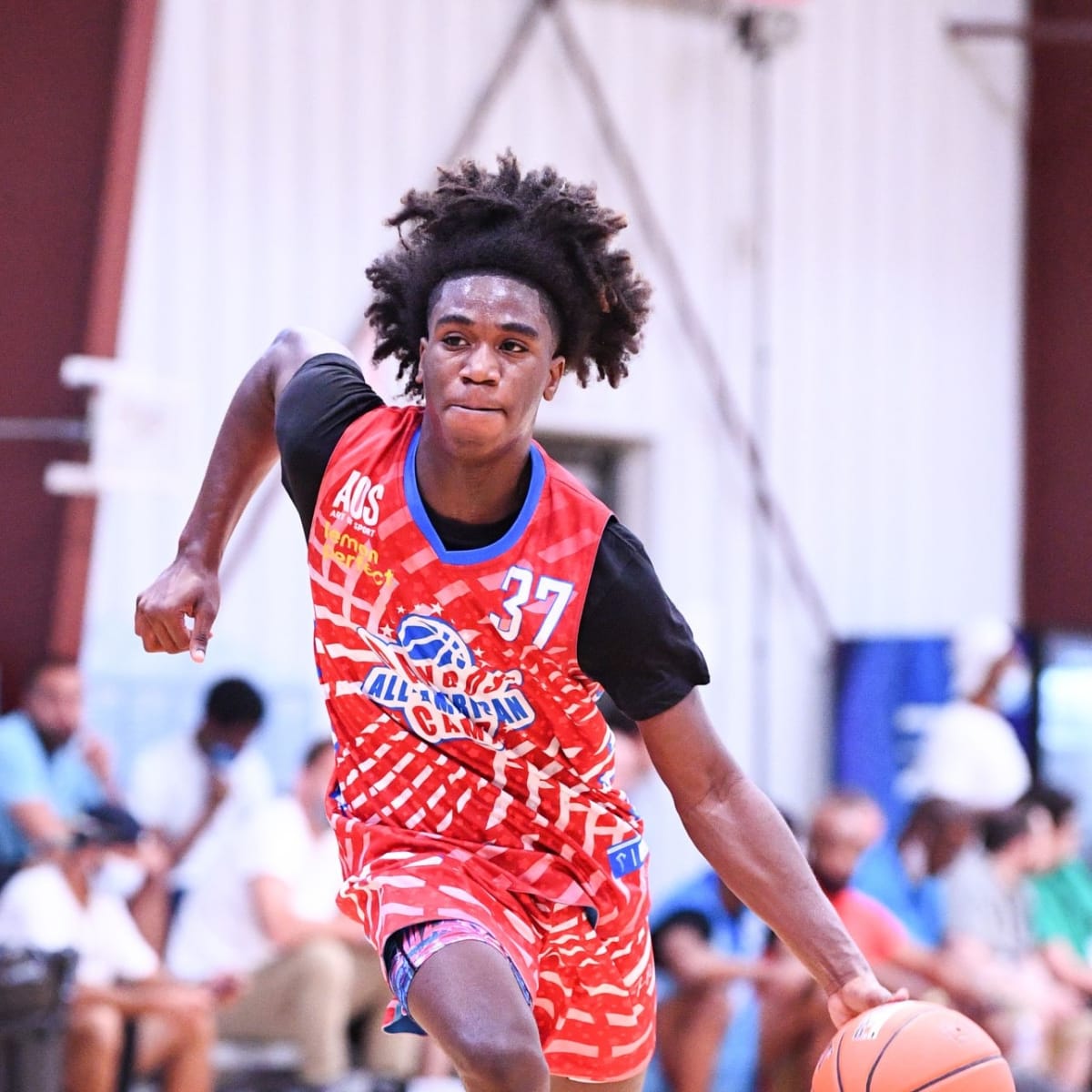 By JACOB POLACHECK Marvel Allen, the No. 28-ranked prospect in the class of 2023, is down to eight schools, he tells ZAGSBLOG. The 6-foot-4, 190-pound point guard from Calvary Christian (FL) Academy, is down to Georgia, LSU, Ohio State, Arizona State, Memphis, Maryland, Alabama and Kansas. “I personally feel that dropping these top eight schools was the best decision for my future,” Allen said. “I feel like all of them can help prepare me for the next level, so that’s why I chose them.” He broke down each school: Georgia: “Looking at what Anthony Edwards did, Georgia has a system where they play freely and they let you rock out if you’re that guy. Coach (Tom) Crean is a really good coach. He’s been in the game a while and coached players like Dwayne Wade and Victor Oladipo. He has a past with guards and I feel like he’s a great coach. He can prepare me for the next level.” LSU: “They have a great coaching staff. Coach (Will) Wade is really passionate about the game. You can tell how hard he works. Preparing for games, I was able to see that. The players all have great relationships with the coaches. They produce pros. They have a great alumni system.” Ohio State: “It’s a big school. They’ve built a name for themselves. They want to change their system into a guard system because they are predominantly big right now. In the future, they see changing to a guard-heavy system. They want a scoring point guard and a shooter and I’m a scoring point guard that can score the ball, handle it and get others involved. Being that’s the way I play, I thought I should add them to the top eight.” Arizona State: “Coach (Bobby) Hurley is a great coach with a great staff. Him and coach (Joel) Justus have sent players to the league. Coach Justus was great as an assistant under (John) Calipari so he has a lot of knowledge and they develop their players. “ Memphis: “Coach Penny (Hardaway), being that he was a point guard and played at the highest level, he knows what it takes to get there. The staff they have coached at the highest level. They know what you need to do and how to do it, so that would be a great system to be in to prepare you for the next level.” Maryland: “Coach (Danny) Manning is the head coach now. He’s a first round, first overall pick so he knows what it takes. He’s been at the highest level and he puts players in position to be great.” Alabama: “They’re known for guards, top guards, on offense and defense. They run up the floor and that’s how I like to play – fast. They’ve had Collin Sexton, John Petty and dudes like that, JD Davison. I’m looking at it all in front of me. I’m trying to put myself in that position, seeing that it would be a great fit.” Kansas: “I know a lot about Kansas because it’s Kansas. They’re a blue-blood, so the offer was exciting. I know about Bill Self. He’s a great coach and has been in the game for a while. They produce so many pros you probably can’t even hand count it. That’s an organization that’s going to prepare you for the next level because they’ve done it for a lot of years.” While Allen has already taken official visits to Georgia and LSU, he says he does not have any upcoming visits planned. “I’m seeing who’s going to reach out, how me and my family are going to decide to drop it lower,” he said. “This is just a sit back moment where we’re just going to see where it takes us.” Yet when it comes time for a decision, Allen is looking for a program that will allow him to play right away. “I want to come in as a freshman and take over,” he said. “The coaches have been keeping a relationship with me, but now I’m big on them talking to my parents and building a relationship with my parents.” Ranked as the No. 6 point guard in the class of 2023, Allen considers himself a ‘bucket getter’ that can also get his teammates involved. “I can do it all, from scoring at three levels and defending at 94-feet,” he said. “You’re going to get an all-around game on the offensive and defensive end then you’re going to get a great teammate also.” Follow Jacob Polacheck on Twitter Follow Adam Zagoria on Twitter Follow ZAGSBLOGHoops on Instagram And Like ZAGS on Facebook