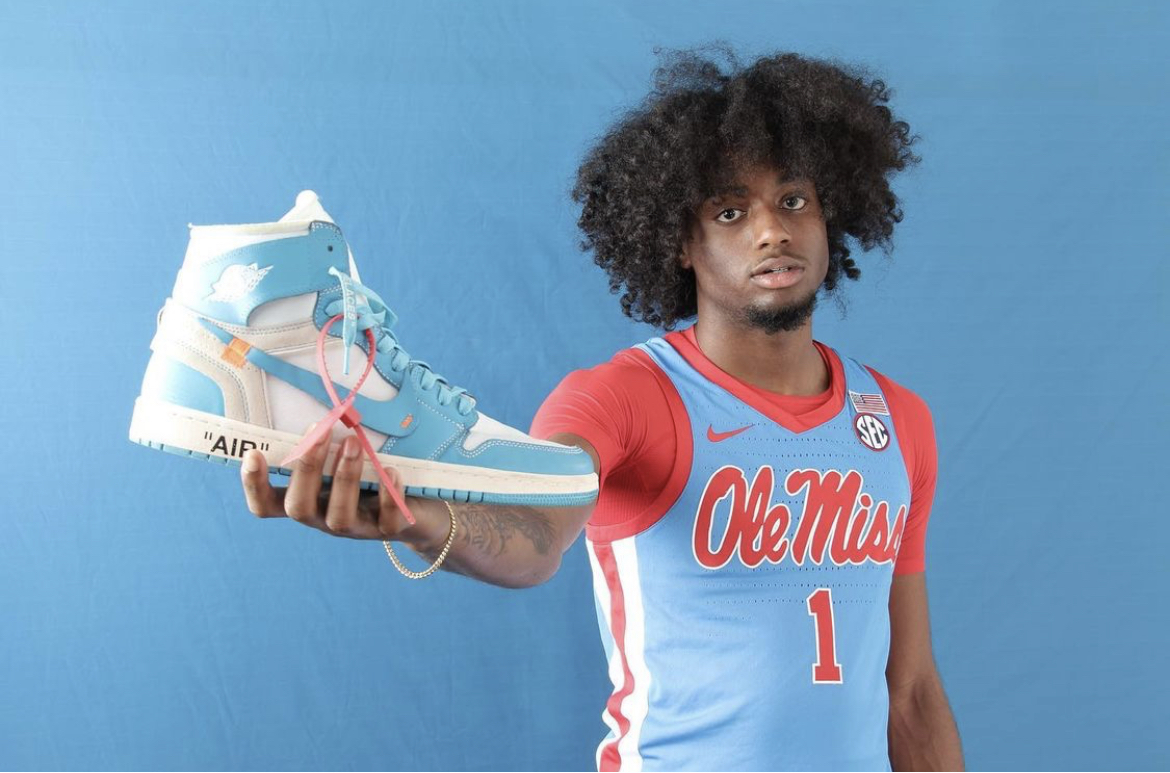 By JACOB POLACHECK Amaree Abram, the No. 28-ranked point guard in the class of 2022, traveled to Ole Miss from Dec. 3-5 for his first official visit since de-committing from Texas A&M in mid-November. “I really enjoyed myself on that visit,” Abram said in an interview with ZAGSBLOG Monday evening. “I feel like I could play in that type of system and play in that type of environment. I feel like I can just be that leader for them and get guys open. They have plenty of scorers and combo guards. I feel like I can get to my spots, create for others and also create for myself. I would thrive in a system like that.” The 6-foot-3, 180-pound point guard from Southern California (CA) Academy, says that Ole Miss, Xavier, St. John’s, Memphis, Missouri, Kansas and Howard have been the main schools in contact since his de-commitment, breaking down each school: Xavier: “I’ve heard it’s a good school. I looked more into it. They have a lot of guards leaving next year. They’re in the Big East. I just feel like that would be a good look for me all around. It’s a good educational school and I’m definitely going to take a visit and check it out.” St. John’s: “They produce a lot of guards. They play at least three guards on the floor and that will be good for me. It gives me more opportunities to be on the floor and show my talent.” Memphis: “They’re losing a lot of players too. I think Emoni (Bates) is going to leave. (Alex) Lomax is a fifth-year. There are some big time guards there. They’re looking to rebuild.” Missouri: “I don’t really talk to them much. It’s their first time recruiting me. They’re just keeping in touch.” Kansas: “I’ve talked to Kansas twice. They said they’re guard heavy, but they really want me. I’m considering it. It’s definitely a good look for me.” Howard: “I’ve talked to Howard. I’m definitely considering them because it’s an HBCU. That’s the first HBCU that has ever recruited me. They’re rising on the map. They’re having a good year this year.” Among the schools recruiting him, Xavier, St. John’s and Ole Miss are the only schools to offer as he targets a spring decision. “Just knowing I’m wanted,” Abram said of his decision-making process. “Building a relationship with the head coach and making sure that they want me enough so that I can come in and be allowed to make at least one or two mistakes and still be allowed to play. Good education and that’s really it.” Abram is a long, tough guard that has shown glimpses of his improved leadership this season, playing unselfish and defending at a high-level. “I just like to get downhill, create for others,” he said. “I can finish well at the rim and shoot open threes, create separation and get to my spots.” Despite not being listed in the ESPN Top-100 for the class of 2022, Abram says one of his goals is to make it on that list by the end of the season. “I’m very underrated,” he said. “I feel like I’m one of the best guards in the country. I’m going to show that.” Follow Jacob Polacheck on Twitter Follow Adam Zagoria on Twitter Follow ZAGSBLOGHoops on Instagram And Like ZAGS on Facebook