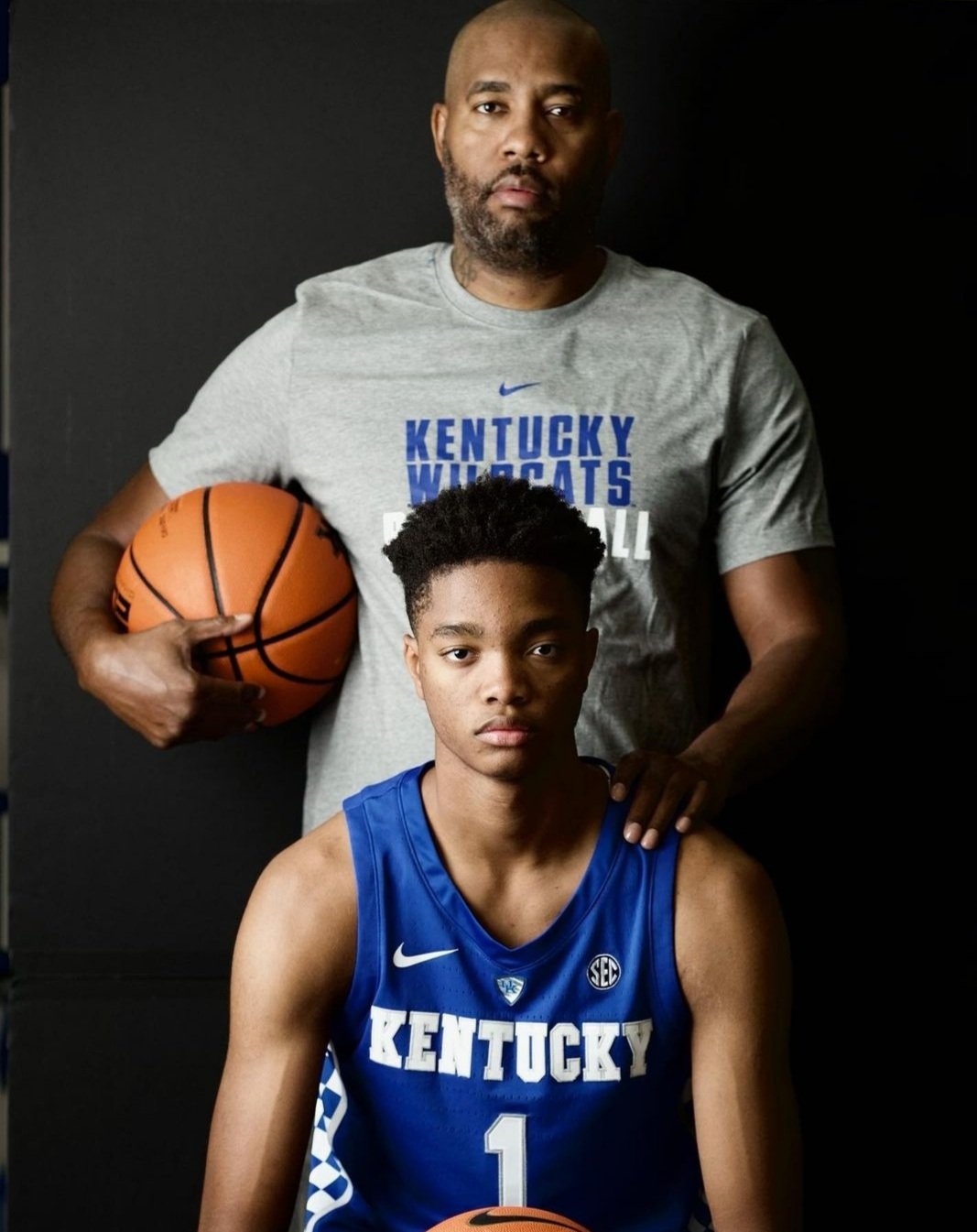 By ADAM ZAGORIA Kwame Evans Jr., the 6-foot-10 power forward from Team Durant and Montverde (FL) Academy, picked up a scholarship offer during his official visit to Kentucky this past weekend. The five-star prospect is the No. 1-rated power forward in the Class of 2023 per 247Sports.com. “The Kentucky visit was awesome,” Kwame Evans Sr. said Monday by phone. “The message was come to the best school with the best resources for the players, nothing is given to you, you have to work hard every day and earn your keep. Accountability, all that stuff that Cal teaches. [John Calipari] is a really good coach in my eyes, I just think he does it the right way.” Skyy Clark, Evans’ Montverde teammate, is part of Kentucky’s four-man class ranked No. 1 in 2022 and is in his ear about joining the Wildcats. “I’m sure those guys are in his ear, they think he’s going to be a good player so everybody’s kind of pulling on him on his team,” Evans Sr. said. Along with Kentucky, Evans Jr. has a slew of suitors, including Duke, Oregon, Memphis, Texas, USC, Syracuse, Ohio State and Indiana. Evans Jr. took an unofficial to Maryland in June and will wait until after the season to “get some more [visits] in,” his father said. Eric Bossi of 247Sports.com believes Evans Jr. could challenge New Jersey stars D.J. Wagner and Mackenzie Mgbako for the No. 1 spot in 2023. “Evans could be the most naturally gifted player in the class,” Bossi wrote on 247. “Pushing 6-foot-10 at this point, he’s a skilled combo forward who can shoot with range, cover ridiculous ground on defense and he’s just scratching the surface. He’s also inconsistent. If he’s able to figure it all out, it may be tough to deny his claim to the No. 1 spot.” Follow Adam Zagoria on Twitter Follow ZAGSBLOGHoops on Instagram And Like ZAGS on Facebook