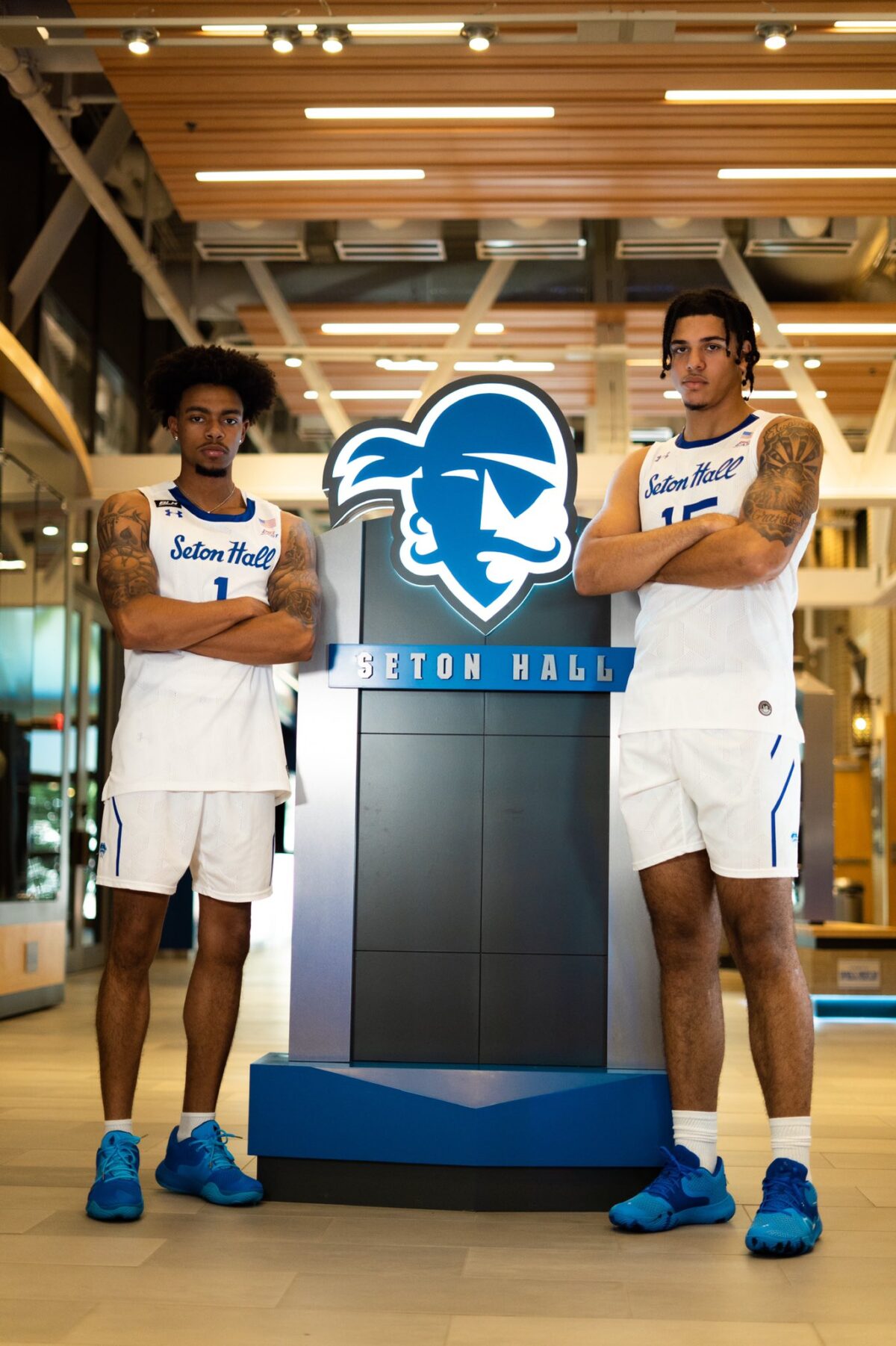 By ADAM ZAGORIA Percy Daniels, the 6-foot-9, 235-pound center from Madison Prep Academy (LA) and Louisiana Elite, committed to Seton Hall on Sunday following his official visit this past week. The three-star big man also held offers from LSU, TCU, Mississippi State and Tulane. Seton Hall offered him back in July. “What made me pick Seton Hall was the way their players progress and the investment the coaches put into their players on and off the court,” Daniels said. “The skill set I’ll bring is a traditional big man. I like to watch players like Hakeem Olajuwon, Tim Duncan and Kevin Garnett but I like a bit more perimeter work with shooting 3s and putting the ball on the ground.” “Percy has an enormous upside,” Madison Prep coach Jeff Jones said. “He is a true traditional big, but he also has a unique set of perimeter skills which make him a big-time scorer. He also has a college-ready body.” He is the No. 3-ranked big man in Louisiana in the Class of 2022, per 247Sports.com, a 1st-Team All-State selection and a two-time Class 3A state champion. Daniels comes from the same program that produced former LSU players Jarell Martin and Josh Leblanc. Daniels was diagnosed with Type A hemophilia at birth and receives up to two injections a week that help clot his blood if he were to get a bad cut or scratch, as BVMSports.com reported in 2020. “Percy is more of a traditional five,” Jeff Jones told the site in 2020. “He is still working on some parts of his game, but he is a true post player. He reminds me of Karl-Anthony Towns by the way he plays.” He joins guard JaQuan Harris of St. Thomas Aquinas as Seton Hall’s second 2022 commit. They both visited the Big East school this past week. Seton Hall assistant Donald Copeland gets the assist on Daniels. Follow Adam Zagoria on Twitter Follow ZAGSBLOGHoops on Instagram And Like ZAGS on Facebook