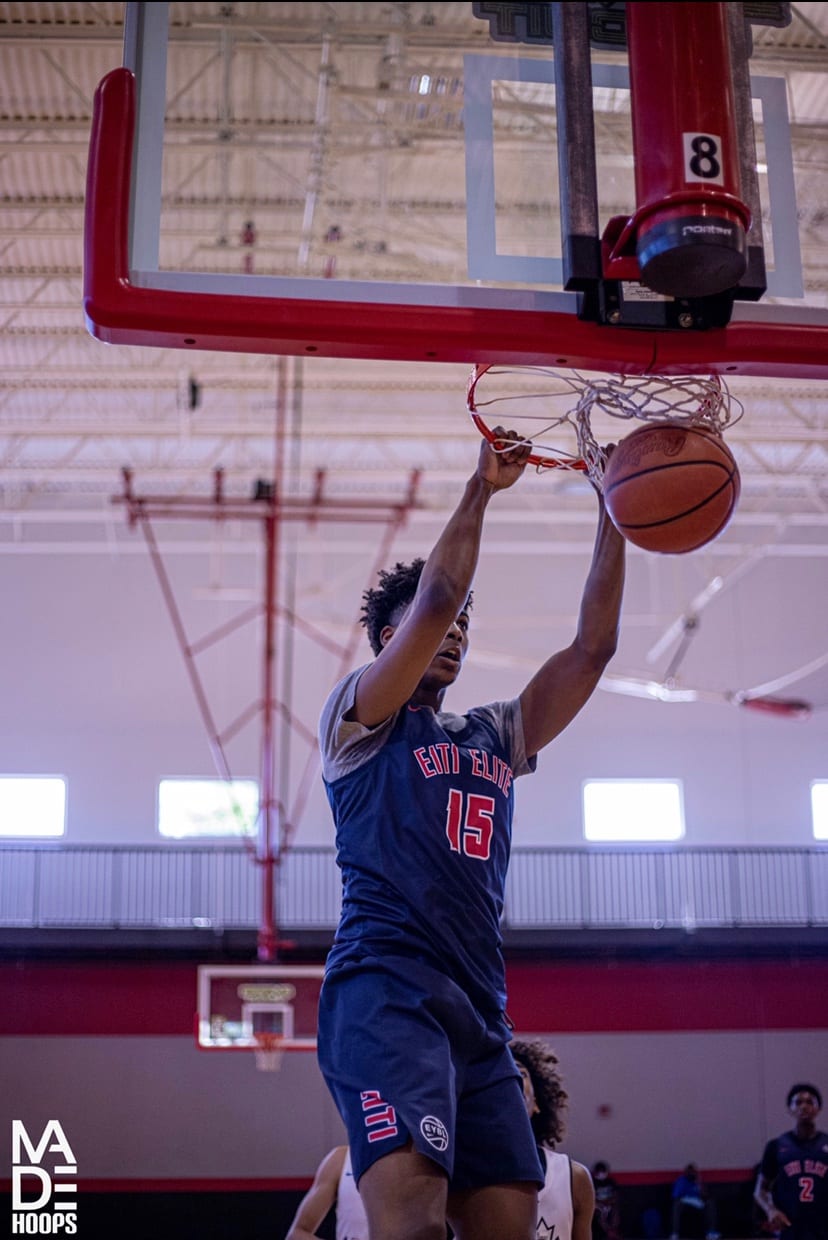 By TOBIAS BASS Sean Stewart, the No. 41 overall prospect in the class of 2023, has set three upcoming visits over this month, he tells ZAGSBLOG. The 6-foot-8, 230 pound wing from Windermere (FL), is set to visit Harvard (Oct. 16), Michigan (Oct. 22-24), and Georgetown (Oct. 28-31). He also plans on visiting Kansas in the near future. Stewart recently took visits to Florida, Ohio State, Georgetown, and Stanford . He breaks down all-four schools: Florida: “UF says they can use me as a three in their 4-out 1-In offense, like a Scottie Lewis or Keyontae Johnson type player.” Ohio State: “OSU told me they love versatility and can play me at any role they see fit.” Georgetown: “Georgetown also sees me as a wing player that can bring down that ball and play many positions.” Stanford: “Stanford feels like I add to the versatility of the team and can fit in like a Zaire Williams type player who was a top pick in the draft.”  Being a star player is more than just scoring points, it requires being a leader on and off the court. Stewart plans on taking that next step. “My expectations for this year is to take the leadership role of the team, be the go to guy,” Stewart said. “My main goal is to win the state championship which would be the first for the school, and also be player of the year for the area”  Stewart is the son of a Michael Stewart, a former NBA forward who spent nine years in the NBA for the Sacramento Kings, Toronto Raptors, Cleveland Cavaliers, Boston Celtics, and Atlanta Hawks. Sean reflects on the advice his dad has given him over the years. “My dad gives me a lot of advice but the main advice he gives me is Always play as hard as you can and the other stuff will come along with it.”  I got to see Stewart play in person for the first time October 2-3 as he came to the Wootten 150 camp in Mansfield (TX). Stewart stood out to me with his physical style of play, high-IQ, his ability to score in mid-range, and how dynamic he is in the open court. Stewart also helped his team win the 5 on 5 championship game. He talks about his experience at the camp. “The Wooten camp was really fun, I feel like I proved myself as a top player at the camp. I feel my team won the championship because we played together instead of just playing bad basketball.” Follow Tobias Bass on Twitter Follow Adam Zagoria on Twitter Follow ZAGSBLOGHoops on Instagram And Like ZAGS on Facebook