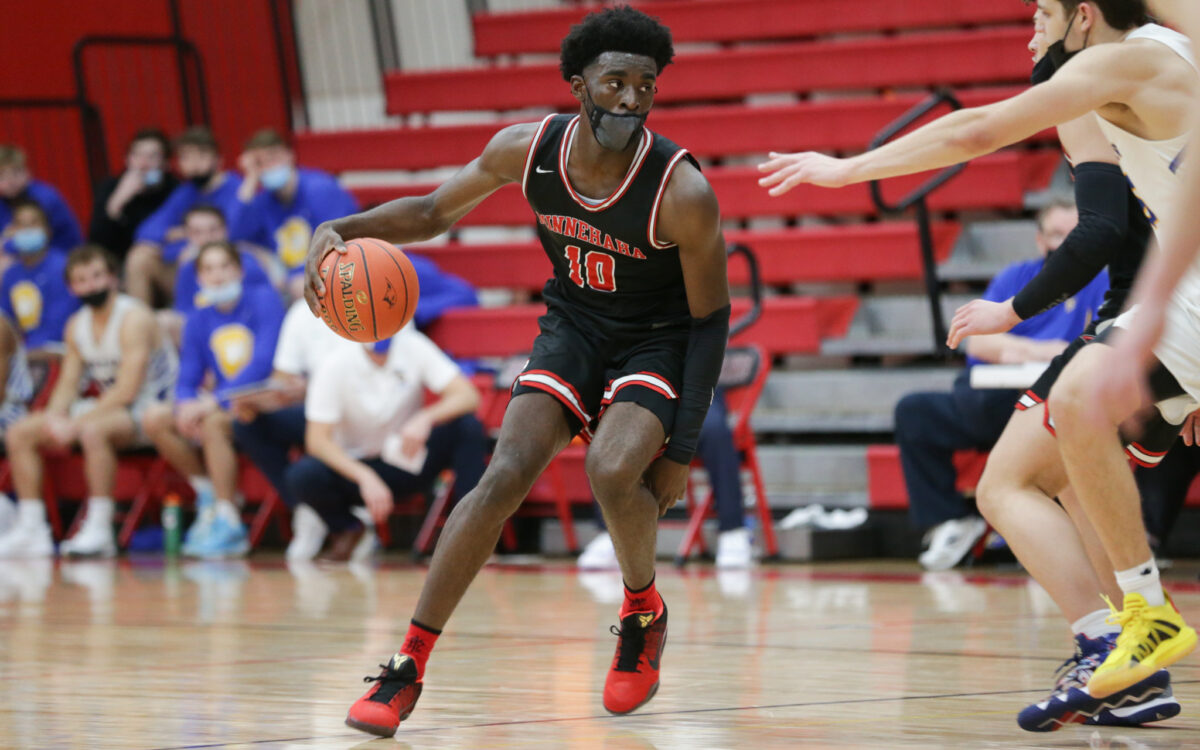 By JACOB POLACHECK Prince Aligbe, the nation’s No. 20-ranked power forward, has committed to Boston College, he announced Friday. “I will be furthering my academic and college career at Boston College,” he said Friday in an interview with Joseph Tipton and K.J Smith of On3 Sports. The 6-foot-6, 215-pound power forward from Minnehaha (MN) Academy, chose Boston College over Ohio State and Cal. “On the court, Boston College is getting an all-around player who can pass, shoot, dribble and defend,” Minnehaha Academy head coach Lance Johnson told ZAGSBLOG by text. “Off the court, they are getting a locker room leader and a high-character individual. He is super well-rounded and an intelligent young man.” He took his official visit to Boston College from Sept. 24-26. Aligbe joins three-star guards Donald Hand and Chas Kelley in Boston College’s 2022 recruiting class. Photo: Jeff Lawler, SportsEngine Follow Jacob Polacheck on Twitter Follow Adam Zagoria on Twitter Follow ZAGSBLOGHoops on Instagram And Like ZAGS on Facebook

Top-150 guard TJ Caldwell commits to Ole Miss: 'It was just the place to be'