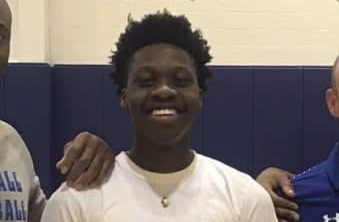 By ADAM ZAGORIA Jaylen “Juju” Murray, the 6-foot Class of 2021 scoring guard from Cardinal Hayes High School and Commonwealth Academy (MA), has enrolled at Saint Peter’s University and will play for coach Shaheen Holloway, sources said. Murray, who ran with the NY Lightning AAU squad, initially committed to Bryant but then re-opened his recruitment. He also held offers from Fordham, Seton Hall, Texas Tech, St. Bonaventure, George Washington, VCU and Iona. He scored 900 points in two seasons at Hayes. “Jaylen is a super skilled guard who can score the ball at a high level,” Hayes coach Joe Lods said when he committed to Bryant.  “He is one of the most talented players I have ever coached at Hayes. “ Said former Springfield Commonwealth coach Nick Couluris: “JuJu brings New York City toughness to a team that could be a starting guard away from a potential tournament bid. I think he could be an immediate impact guy for St. Peter’s, quite possibly the best guard on the roster by the time the season is over.” Follow Adam Zagoria on Twitter Follow ZAGSBLOGHoops on Instagram And Like ZAGS on Facebook