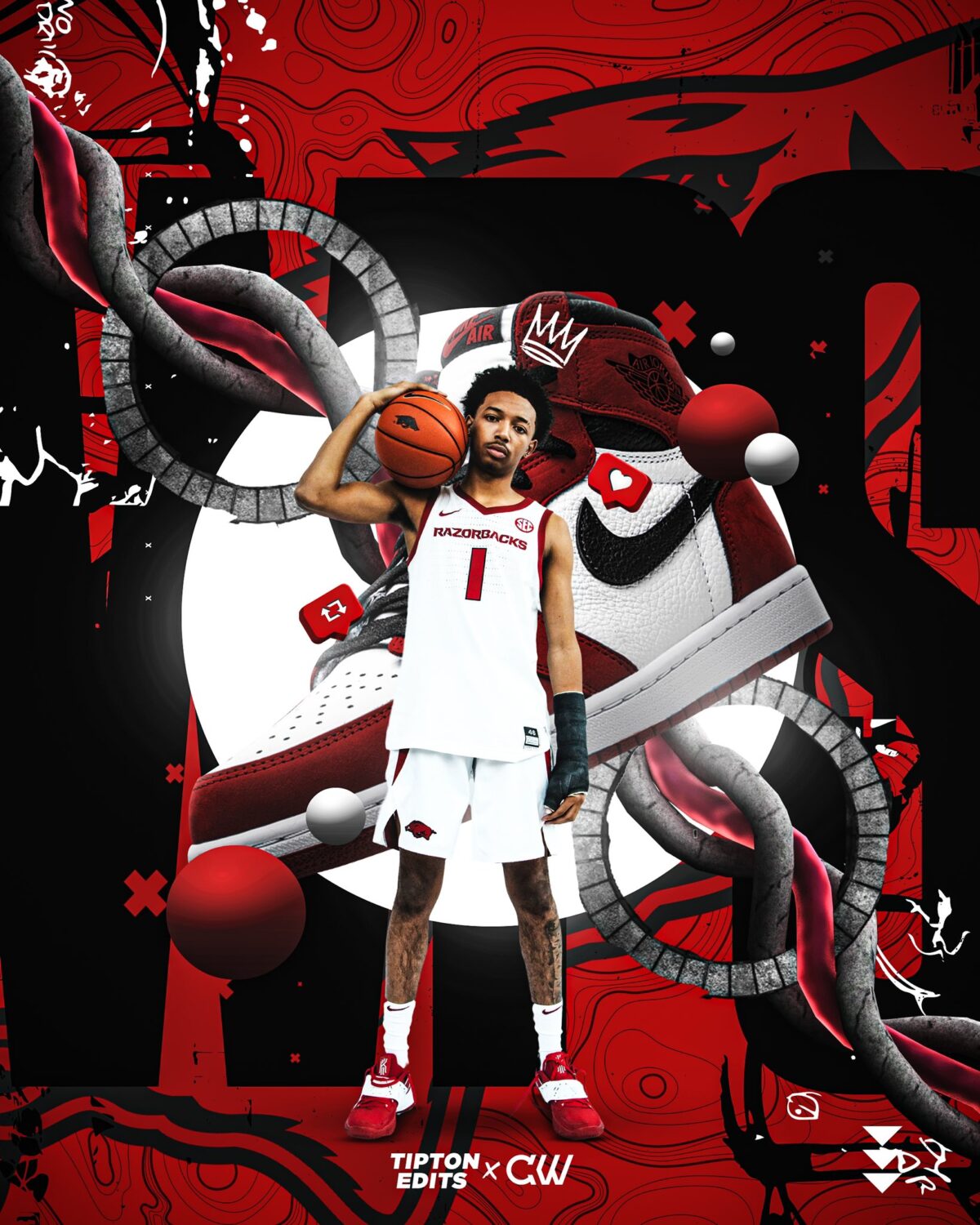 By ADAM ZAGORIA Nick Smith Jr., the No. 8 overall prospect in the class of 2022, is staying home. The 6-foot-4, 185-pound combo guard from North Little Rock (AR) chose Arkansas over Alabama, Arkansas-Pine Bluff and Auburn on Wednesday night with ESPN’s Paul Biancardi. He is the highest-rated recruit to commit to Arkansas under head coach Eric Musselman. “I’ve been knowing Eric] since he came to the program,” Smith said last month. “They want me to come in and be the focal point of the program.” He joins point guard Derrian Ford, shooting guard Joseph Pinion and small forward Barry Dunning to give Arkansas the No. 3-ranked recruiting class. The Razorbacks also remain in the mix for five-star wing Jordan Walsh. After leading Brad Beal Elite to the Peach Jam championship game against Team Final, where he scored 31 points in the loss, Smith took an official to Arkansas (Sept. 10). “When I went to the campus, the presentation he had with me and my family, it was kind of a no-brainer,” he told Biancardi. “Just the mindset he has when it comes to basketball and the people he has around him. They have a lot of NBA experience, so that’s something I wanted to be a part of.” Smith averaged 25 points, 5 rebounds and 4 assists as a junior at Sylvan Hills, which went 24-4 and won the Arkansas 5A-Central Conference regular-season conference title. He transferred to North Little Rock in July. As for what skillset he will bring to college, he said, “Whatever the coach needs me to. I try to win as many games as I can. I feel like I’m a really good teammate, I can be a leader. I can basically do whatever the coach needs me to do. I can do it all.” Follow Adam Zagoria on Twitter Follow ZAGSBLOGHoops on Instagram And Like ZAGS on Facebook