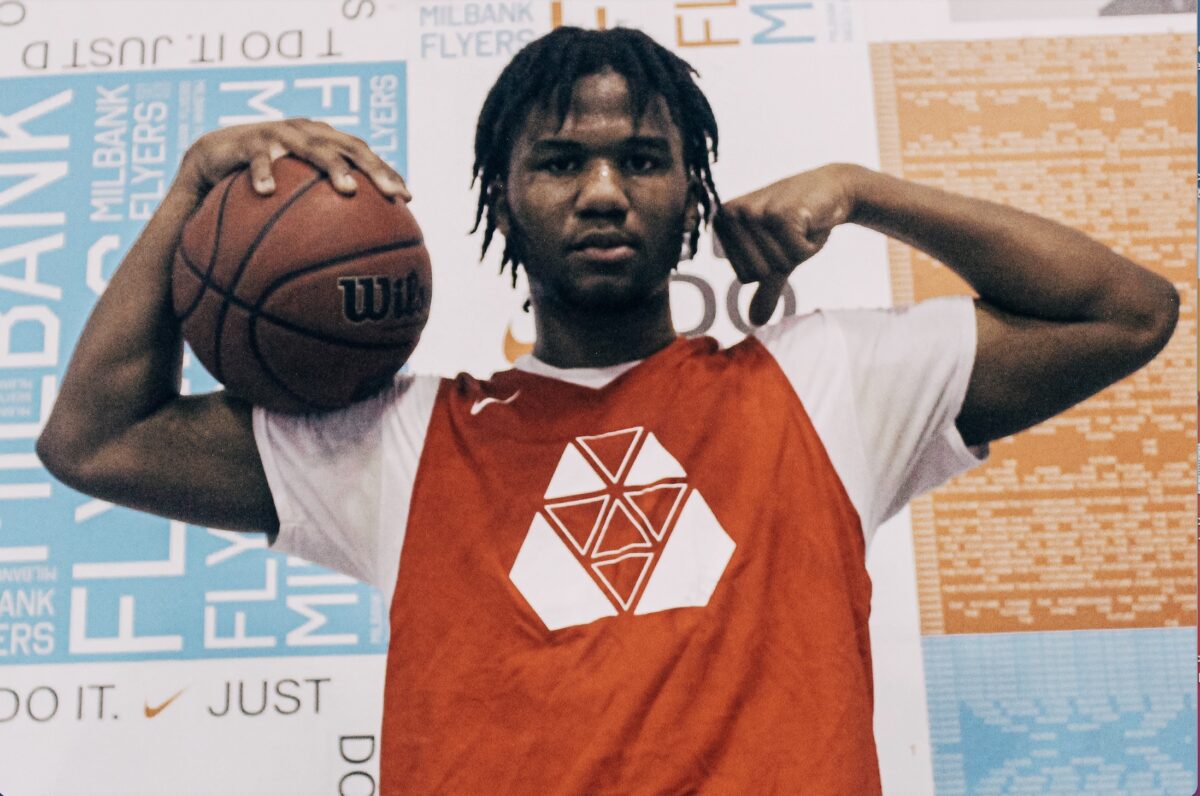 By JACOB POLACHECK College coaches may not be able to reach out to Terry Copeland directly, but the class of 2024 forward is already catching the attention of schools across the nation with six college offers in hand. “My recruitment is going great,” Copeland said. “Coaches are reaching out every other day. It’s really entertaining because it’s something you dream of as a kid, getting a Division 1 scholarship. Now, it’s happening. I can’t wait until my senior year to see all the offers I get and see how I grow as a person.” The 6-foot-7, 225-pound center from Bergen Catholic (NJ) and the PSA Cardinals AAU Program, currently holds offers from Seton Hall, Texas A&M, Creighton, Ohio University, La Salle and Quinnipiac. He broke down each school for ZAGSBLOG: Seton Hall: “What appeals to me about them is how they’re trying. They come to my open gyms. They’ve taken the time out to talk to me after the open gyms. I like how they’re coming to watch me play. They’re always around. They make it seem like Seton Hall is a home and I really like it.” Texas A&M: “There’s not so much to point out. I got a call from them and it stands out to me because they like how I’m a leader. They want me to be more of a leader.” Creighton: “Same thing pretty much as Texas A&M. It’s pretty much the same thing. They reached out to my coach. The conversation went well. I really enjoyed it. They were telling me about how I’m a great leader but pointed out how I could improve as a player and as a person. I really liked that. They’re not trying to recruit me just for basketball. They want me to be a better person.” Ohio: “They really stuck out to me the most because the coach was just telling me that he doesn’t just want a basketball player. He wants a great hard-worker that’s going to do the things on and off the court that he needs to do. He doesn’t want people who are trying to be pros. He wants pros. He wants somebody who is going to give 110 percent every time they step on the court and always do their work in the classroom.  Although Copeland is a long ways away from a commitment, he says he’s looking closely at the education at each school when evaluating his options. “I want to be there, not just for basketball, but as a person too,” he said. “I want to make sure my coach cares about me, not just for basketball, where he checks in on me, asks me if I’m okay, and asks about my family. I want to feel like I’m safe there, where I don’t have to worry about anything. It’s a second home. It’s really the coach, his loyalty towards me, if he checks on me on and off the court and makes me feel like I’m at home.” Whichever school lands Copeland will be getting a player has the ability to impact the game on both ends of the floor, while also developing an increased ability to lead. “His ability to carry himself as a professional on and off the court will only strengthen his chances of playing basketball at the highest level,” PSA Cardinals Director Terrence “Munch” Williams said. “I’ve grown to love the person Terry has become and proud to be able to coach him. Everyone that comes across him can feel his loyalty to those he trust and can only respect that. And guess what, he’s a really good basketball player also.” Yet, he is far from a finished product. With recent focus on his mid-range and three-point shot, Copeland is working to extend his game from the block and make passes on the floor and ultimately win a state championship and play in GEICO Nationals. “I want to win the TLC for the rest of my years,” he said. “Then, I want to play in the GEICO Nationals against all the national teams. Those are really my goals for high school.” Follow Jacob Polacheck on Twitter Follow Adam Zagoria on Twitter Follow ZAGSBLOGHoops on Instagram And Like ZAGS on Facebook