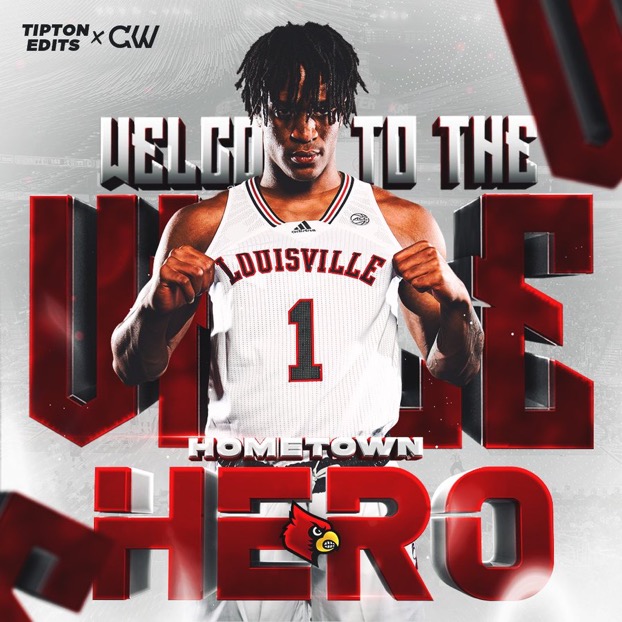 By TOBIAS BASS Kaleb Green, the No. 39 prospect in the Class of 2023 according to 247Sports.com, has committed to Louisville. The 6-foot-6, 200 pound small forward from Louisville (KY) Male gives the Cardinals their first commitment for the class. “It just felt right,” Glenn told On3.com. “I felt in my heart that I needed to be there. I have a great relationship with Coach (Chris) Mack and the staff, and the players too. The new system they have, with the NBA style… I think I’ll fit in perfectly. I’ll be able to play my game. Anybody can bring the ball up the court… it’s fast-paced. That’s what I thrive in.  Plus, they’ve been showing love from the jump, and have always rocked with me.” Glenn is the No. 1 ranked prospect in the state of Kentucky and was also considering Tennessee, Indiana, and Texas A&M. The Louisville native averaged 15.9 points and 9.6 rebounds per game at the Nike EYBL Peach Jam. Louisville remains in the mix for several recruits in 2022, including point guard Rodney Rice, and Green told On3 he will recruit Rice to the school. “First, I’m gonna help get Rodney Rice for 2022,” Glenn said. “But for my class, I wanna bring in Dusty Stromer and Jared McCain. I was on my official visit with them and I like those guys a lot. I’m also gonna try for Xavier Booker, and Jeremy Fears too.” Follow Tobias Bass on Twitter Follow Adam Zagoria on Twitter Follow ZAGSBLOGHoops on Instagram And Like ZAGS on Facebook