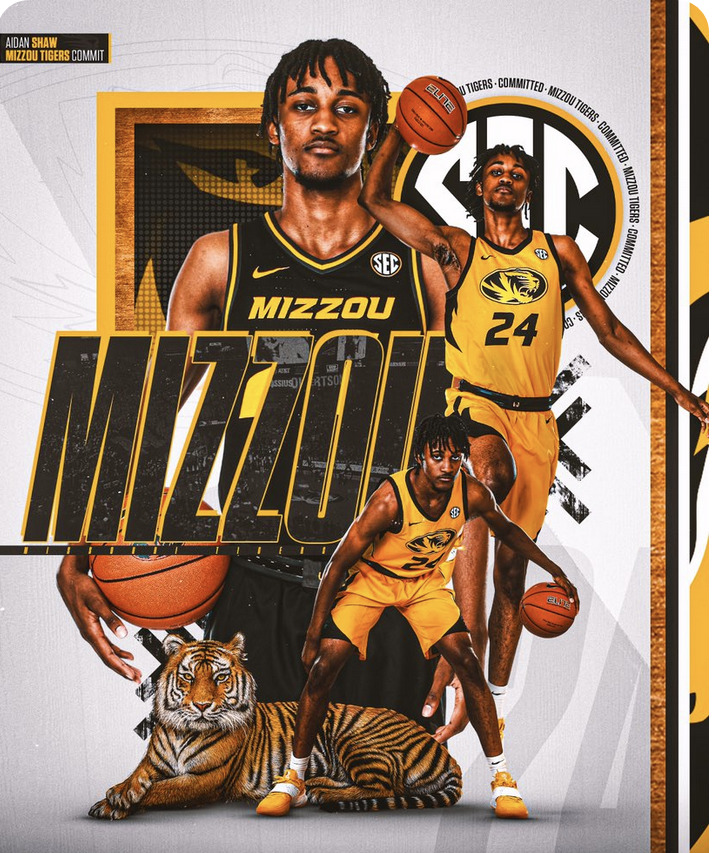 By ADAM ZAGORIA Aidan Shaw, the No. 14 ranked small forward in the Class of 2022, has committed to Missouri, he told ZAGSBLOG ahead of his public announcement Friday. He also considered Kansas, Oklahoma State, Iowa, Maryland and Arkansas. “I’m going to the University of Missouri-Columbia,” he said.. “I’m a complete player so I bring defense, my ability to score, and my overall love for game.” Shaw visited all of his schools this summer, tripping to Columbia June 20. He joins shooting guard Christian Jones in Mizzou’s 2022 class. “I really like the coaches there,” Shaw told On3 Recruiting of Mizzou. “I have some good relationships with them… Coach Cuonzo (Martin) and Coach (Chris) Hollender, as well as the other coaches. They were great. I was with them the entire time. We went out to eat, and see the campus. I also got to go to Cuonzo’s house and we ate dinner. It was great being up there, they really pushed NIL stuff… branding and stuff like that.” Follow Adam Zagoria on Twitter Follow ZAGSBLOGHoops on Instagram And Like ZAGS on Facebook