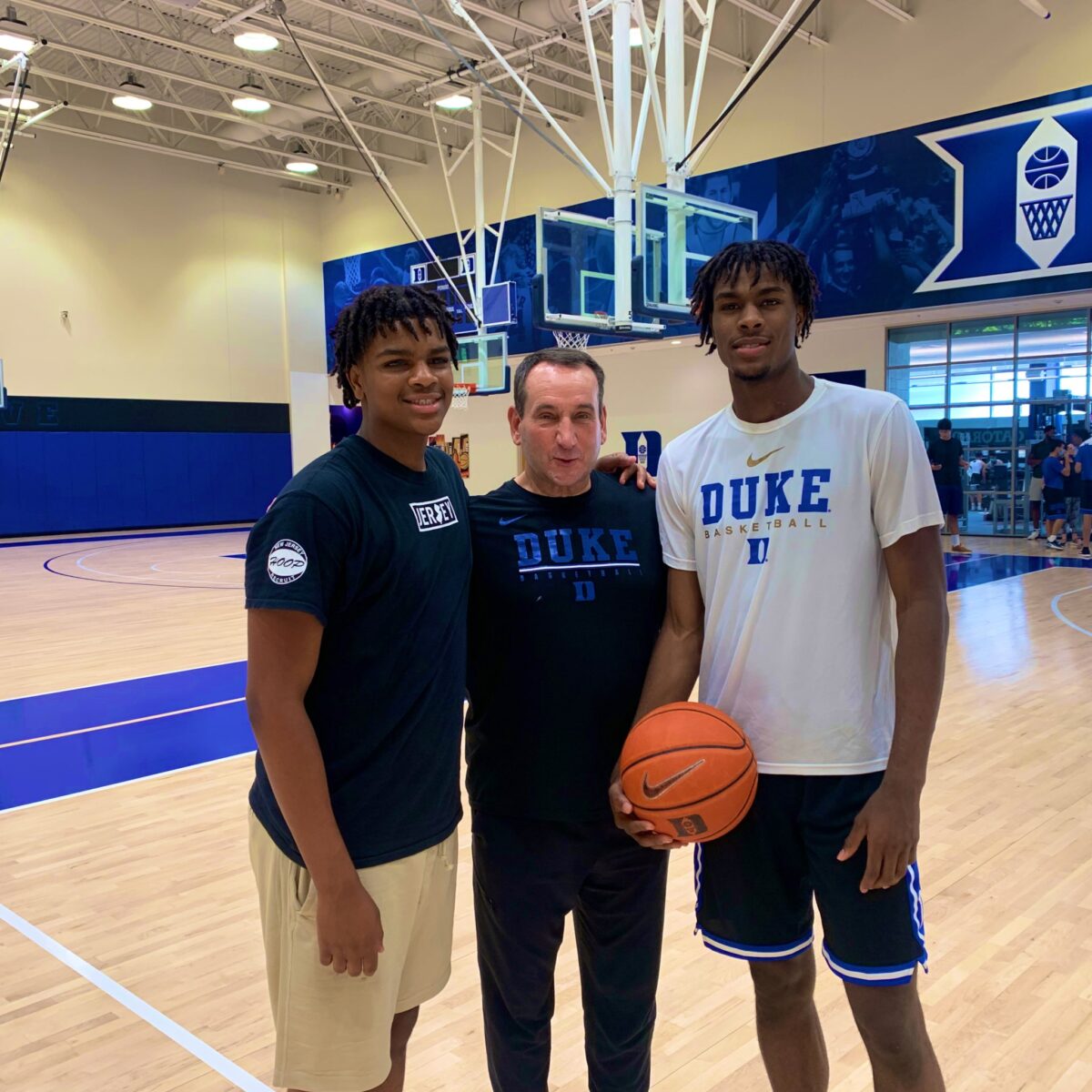 By ADAM ZAGORIA Mackenzie Mgbako, the 6-foot-8 Class of 2023 forward from Gill St. Bernard’s and the NJ Scholars, will host a group of blue bloods and high-octane programs next week. Kentucky’s John Calipari and Orlando Antigua will see him Monday at Gill followed by UNC’s Hubert Davis and Jeff Lebo on Tuesday. Jon Scheyer and the entire Duke staff are expected Thursday after Mgbako took an unofficial visit to campus earlier this month. Memphis coach Penny Hardaway and assistant Cody Toppert are expected next week as well. Mgbako is also expected to visit Ohio State and possibly Memphis. “He shoots the ball extremely well, handles the basketball at 6-8 with ease and has a great feel for the game,” Gill coach Mergin Sina said. “Once he gets a little stronger, look out! “He reminds me of a younger Kevin Durant. Upside through the roof!” While in New Jersey, some of the coaches will check in on other players as well. Davis and Lebo are expected Tuesday at Roselle Catholic for Class of 2023 guard Simeon Wilcher, who recently picked up an offer from the Tar Heels, and 6-9 forward Akil Watson. UConn, Rutgers and Seton Hall saw them on Thursday. D.J. Wagner, the No. 1 player in 2023, plays for Camden and will likely draw coaches as well. Follow Adam Zagoria on Twitter Follow ZAGSBLOGHoops on Instagram And Like ZAGS on Facebook