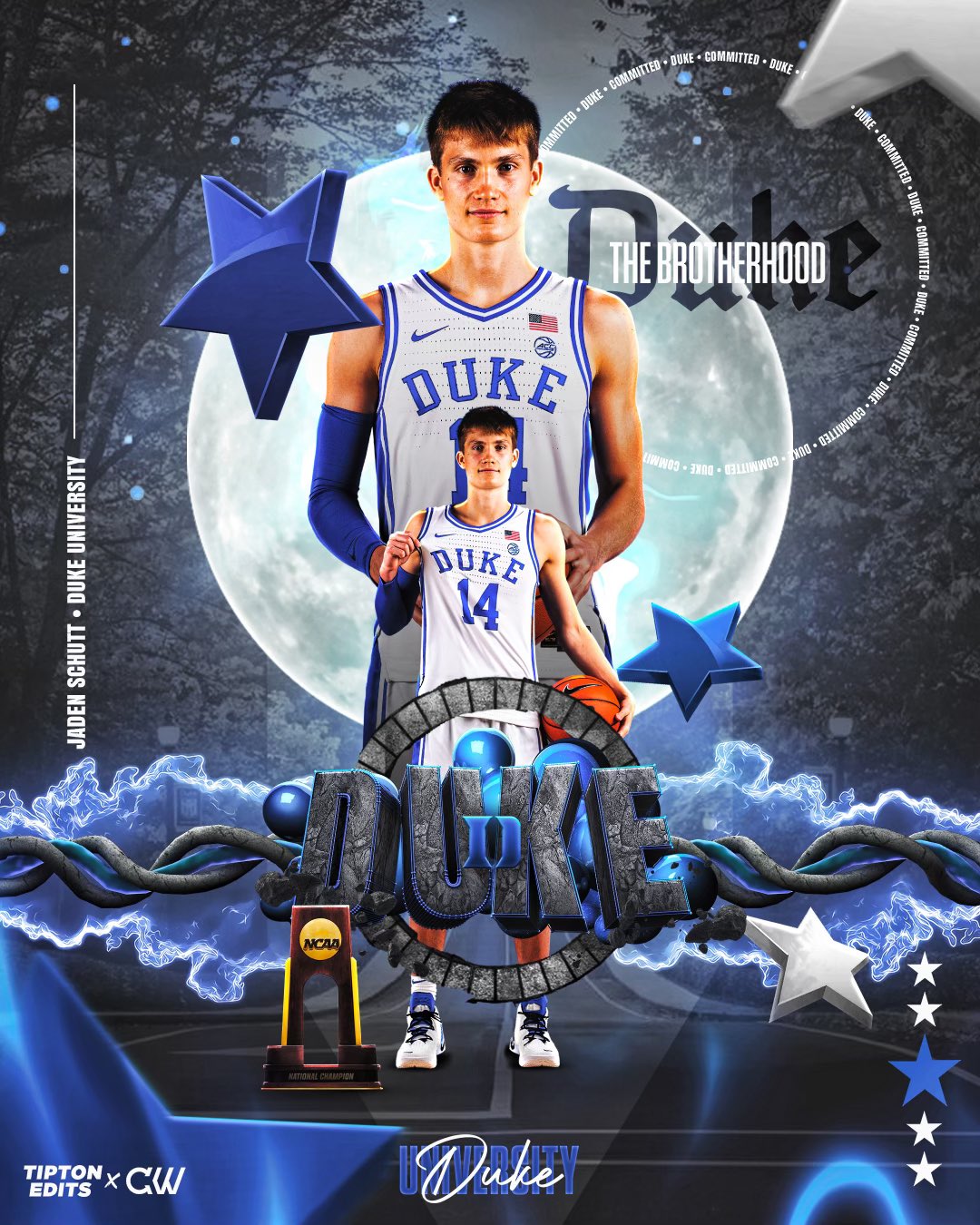 By RYAN McMULLEN Jaden Schutt, the 6-foot-5 shooting guard from Yorkville (IL) and Illinois Wolves AAU, announced his verbal commitment to Duke on Thursday. Schutt will be playing under coach-in-waitng Jon Scheyer as Mike Krzyzewski announced his retirement after the 2021-22 season. Schutt spoke with ZAGSBLOG earlier in August about Duke. “It felt great [to get an offer], it was definitely an honor, definitely a school that I grew up watching,” he said. “Their message is basically they love how I can score and love how I can shoot. I’ve been just talking to [Jon] Scheyer about what his plan is for me and how he plans on coaching next year and his play style and all that. So just trying to figure out kind of what his plan is.” He chose the Blue Devils over Florida, Louisville, Michigan State, and more. Schutt will team up with five-stars Kyle Filipowski and Dariq Whitehead for Duke’s 2022 class. He is known for his ability to shoot from long distance at a high clip. Follow Ryan on Twitter Follow Adam Zagoria on Twitter Follow ZAGSBLOGHoops on Instagram And Like ZAGS on Facebook