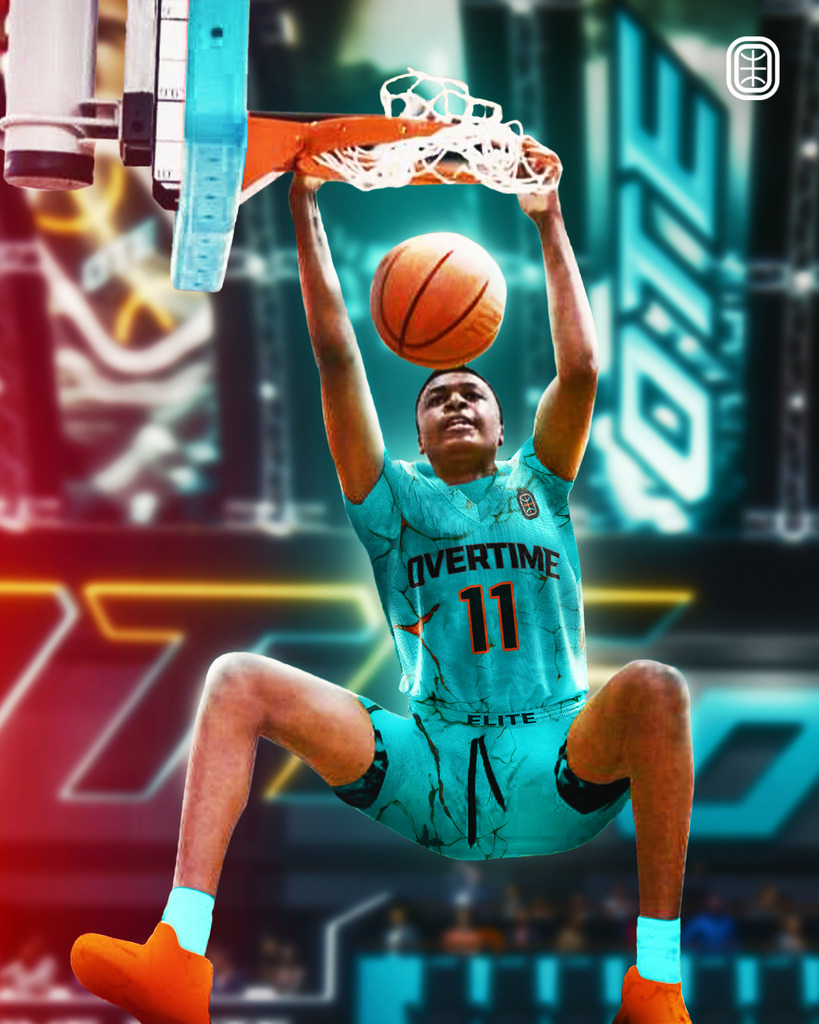 Overtime Elite announced that it has signed one of the country’s top power forwards in Tyler Smith to be part of its inaugural season this September.  Smith is a 6-foot-9-inch, 195-pound power forward who completed his sophomore season at Bush High School in Houston, Texas.  He is currently the #8 overall ranked player by ESPN, #19 by 247Sports and #18 by Rivals. The tall lefty can space the floor with his shooting ability, while also being effective in the pick-and-pop and the dribble-hand-off action on the offensive end. “OTE is thrilled to welcome Tyler to our family and are proud to now be a part of his journey,” said Brandon Williams, OTE EVP, Head of Basketball Operations. “Tyler is a versatile talent that exhibits an on-court confidence that stems from a combination of skill, length, athleticism and competitive intangibles. But what impressed us most is his demonstrated work ethic, and commitment to offensive and defensive development and the desire to be great. He is going to be a great culture fit for what we’re building.” “Tyler Smith is the definition of a modern big; he’s long, athletic, and has a smooth lefty shooting stroke,” said OTE Head Coach and Head of Player Development, Kevin Ollie. “We’re ready to get in the gym and in the classroom with Tyler so that he develops into not only an NBA level basketball player, but more importantly into a level 5, world class person. Smith is the 16th player to join OTE. He joins other top prospects in Jalen Lewis from California, Jazian Gortman from South Carolina, Amen and Ausar Thompson from Florida, Matt Bewley and Ryan Bewley from Florida, Bryce Griggs from Houston and Jai Smith from North Carolina. OTE has signed international prospects Jean Montero from the Dominican Republic, Izan Almansa from Spain, Alexandre Sarr from France, Nathan Missia-Dio from Belgium, Emmanuel Maldonado from Puerto Rico, Francis Lopez from the Philippines and Tudor Somacescu from Romania. The league expects to make additional player announcements in the coming weeks to round out the class of 2022. Every OTE player will earn a six-figure salary, with a guaranteed minimum salary of at least $100,000 per year, plus bonuses and shares of equity in Overtime. In addition, players will participate in revenue from use of their name, image and likeness, including through sales of custom jerseys, trading cards, video games and NFTs.  Follow Adam Zagoria on Twitter Follow ZAGSBLOGHoops on Instagram And Like ZAGS on Facebook

With Emoni Bates And Jalen Duren, ‘The Sky’s The Limit’ For Penny Hardaway And Memphis, AAU Coach Says