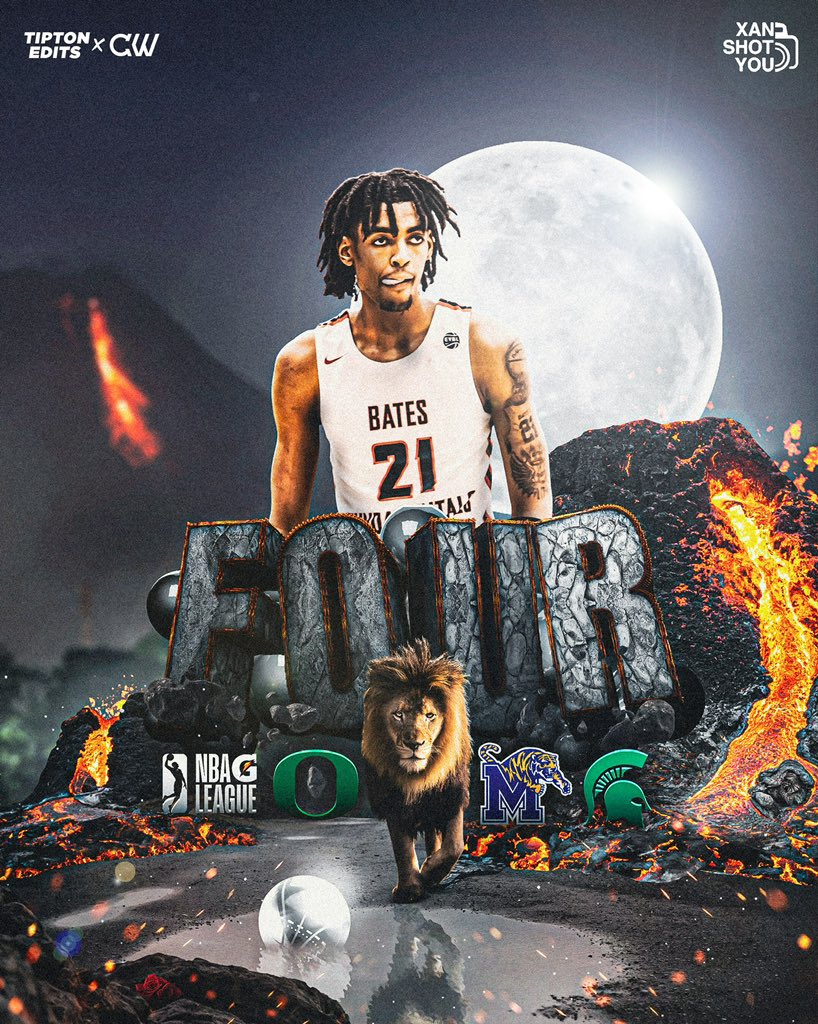 By ADAM ZAGORIA Emoni Bates, the No. 4 ranked player in the class of 2021, will visit Memphis and Oregon this week as the possibility of a reunion with his one-time AAU teammate Jalen Duren under Memphis coach Penny Hardaway amps up. The 6-foot-9 Bates will visit Memphis Wednesday and Oregon Friday, sources confirmed, after Stadium reported the dates. “I’m honestly not sure what I’m going to do yet,” Bates told Stadium. After reclassifying to the Class of 2021 from 2022, Bates officially listed Memphis, Oregon, Michigan State and the NBA G League. Yet rumblings that he will ultimately land at Memphis under Hardaway and alongside Duren have been going on for several weeks now, as I reported over on Forbes SportsMoney. “People that are in the know are very confident,” one source said earlier this month of Memphis’ chances of landing both players. Jalen Rose recently suggested on ESPN that Memphis was about to land both players and that the school should set up an NIL deal between the young stars and FedEx, which is based in Memphis. The 6-10 Duren committed to Memphis Aug. 6 over Kentucky, Miami, the G League and the Australian NBL. He is expected to arrive on campus with the other new players Aug. 22. The last date to register for classes is Aug. 26. Duren and Bates are friends and were teammates briefly this summer with Team Final when they won the Southern Jamfest. After Bates returned to Bates Fundamental for Peach Jam, he sat behind the Team Final bench urging them on during their run to the Peach Jam title. “I know how it is with this whole process thing,” Duren said, per the Philadelphia Inquirer. “I wouldn’t put too much more pressure on him than he probably already has. Definitely if he decides to come play I know it would be amazing for college basketball, but that’s my guy off the court besides basketball, anyway.” Hyped early as the next Kevin Durant when he appeared on the cover of Sports Illustrated, Bates hasn’t quite lived up to that so far but remains a very talented player. Bates went for 22 points while leading Bates Fundamental to a win over Bronny James and Strive for Greatness on July 22 during the Nike Peach Jam before finishing 35 points and six rebounds in a loss to Nightrydas the following day. He has also been training recently with Los Angeles Lakers forward Carmelo Anthony, who sat courtside at Peach Jam for the game against James’s team. Bates won’t be eligible for the NBA Draft until 2023 so will spend the next two seasons prepping for NBA life. “Whatever decision he makes, it’ll be a one-year plan and then he’ll re-evaluate everything after the year,” Elgin Bates told Stadium. “I’m still not sure what he wants to do. That’s the mystery. At the age of 17, it’s all a roller coaster.” Follow Adam Zagoria on Twitter Follow ZAGSBLOGHoops on Instagram And Like ZAGS on Facebook