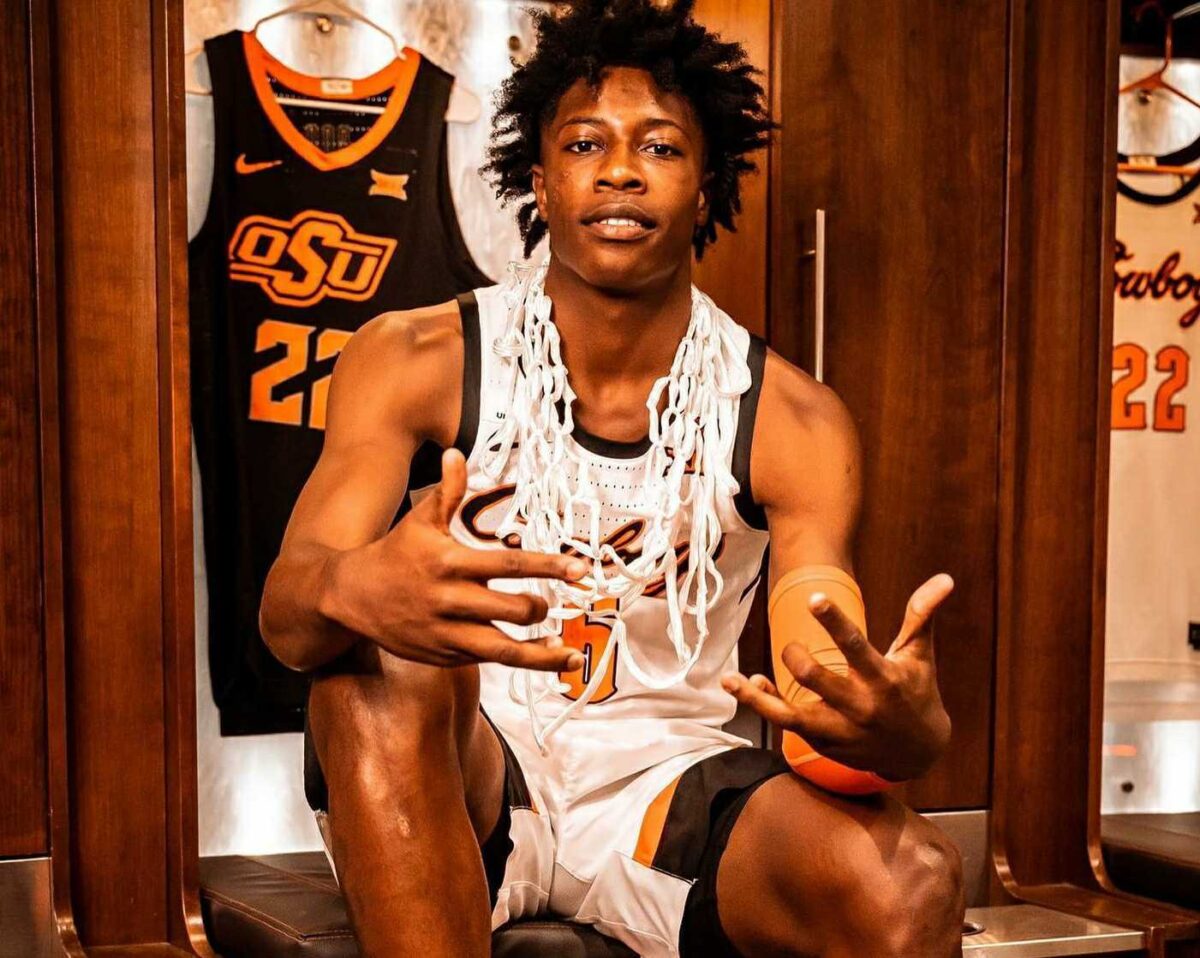 By RYAN McMULLEN Quion Williams, the 6-foot-4 wing from Mansfield Legacy (TX) and Southern Assault AAU, announced his pledge to Oklahoma State on Wednesday. “I’ll be taking my talents to the university of Oklahoma State,” Williams told ZAGSBLOG ahead of his public announcement. “I chose Oklahoma State because it’s not only a great fit for me, but they’ve built the trust, they produce pro players, and coach Mike (Boynton) is just a great dude. He but in the time an effort to recruit me even though he’s been busy helping Cade (Cunningham) with the draft so that was major.” Williams chose the Cowboys over Oral Roberts, Saint Louis, and Texas A&M. Southern Assault coach Vonzell Thomas talked about Williams’ game. “Huge upside!” he said. “Winner that brings energy and toughness that’s contagious to teams. He loves the game and is a player that impacts winning without scoring the ball even though scoring and creating for teammates is a strength of his,” said Thomas. Williams is the first Oklahoma State commit for the Class of 2022. Follow Ryan on Twitter Follow Adam Zagoria on Twitter Follow ZAGSBLOGHoops on Instagram And Like ZAGS on Facebook