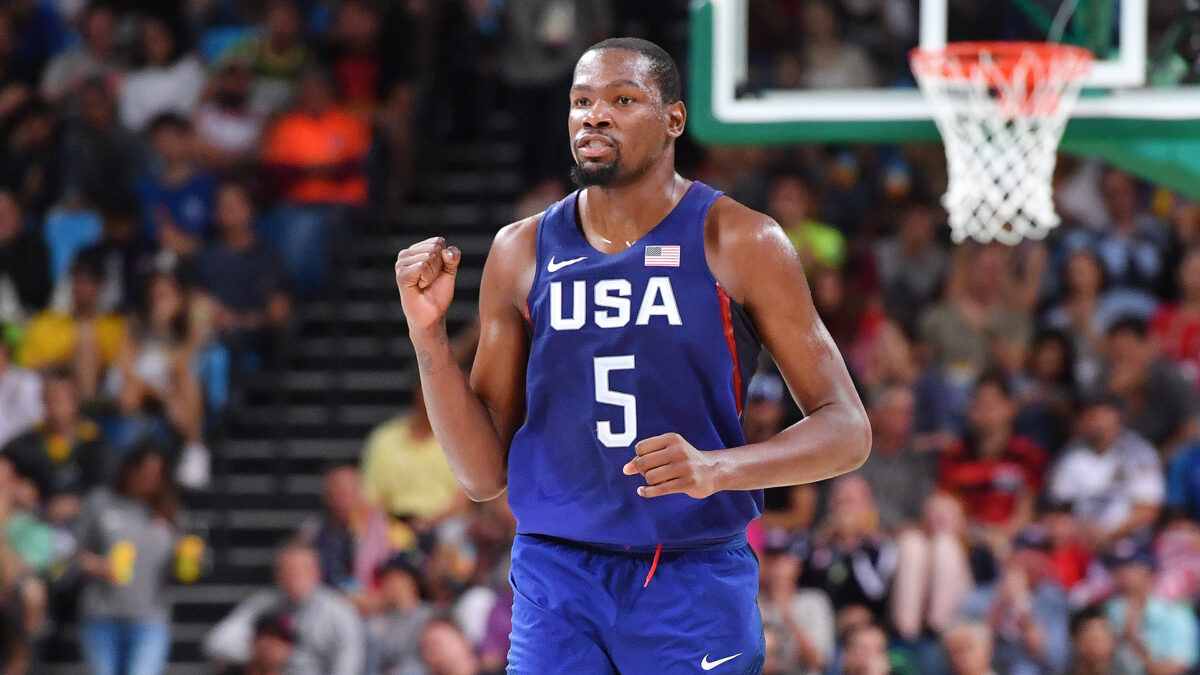 A record 121 NBA and WNBA players are featured on national team rosters for the 2020 Olympic Games in Tokyo, Japan.  The men’s and women’s 5×5 competitions will feature a record 49 current NBA players and a record 29 current WNBA players, as well as 16 former NBA and 22 former WNBA players.  The inaugural 3×3 basketball tournament features four current and one former WNBA player. The previous records for current NBA and WNBA players in the Olympics were 46 and 26, respectively, at the 2016 Olympics in Rio de Janeiro, Brazil. Outside of the U.S., Nigeria has the most current NBA players on its roster with eight, followed by Australia with seven and France with six.  Eleven of the 12 teams competing in the men’s tournament have at least one current NBA player, and national team rosters include 13 players who have been NBA All-Stars. Twenty-seven NBA teams are represented in the men’s 5×5 competition, with the Miami Heat featuring a league-high four players.  The Dallas Mavericks, Denver Nuggets, Milwaukee Bucks and Utah Jazz each have three players competing. In the women’s 5×5 competition, outside the U.S., Australia has the most current WNBA players with five followed by Canada and Spain with three each.  Eight of the 12 teams in the women’s tournament have at least one current WNBA player, and 10 of the 12 WNBA teams are represented on national team rosters.  The Phoenix Mercury and Seattle Storm lead with five players each, followed by the Minnesota Lynx with four players. The inaugural women’s 3×3 basketball tournament is being held from July 24-28 and features five current and former WNBA players. In addition, 29 players on Olympic rosters have NBA G League experience, including a league-high six on Nigeria.  France and Japan each feature four players who played in the NBA’s official minor league. Francisco Cáffaro of the Argentina Men’s National Team and Han Xu of the China Women’s National Team become the first NBA Academy participants to make an Olympic roster.  Cáffaro, who was a member of the University of Virginia’s NCAA championship team in 2019, attended NBA Global Academy in Canberra, Australia.  Han, who attended NBA Academy Shandong in China, became the first NBA Academy participant to be drafted into the WNBA or NBA when she was selected 14th overall in the 2019 WNBA Draft. In addition, 45 players on Olympic men’s and women’s rosters participated in Basketball Without Borders (BWB), including Danilo Gallinari (Atlanta Hawks; Italy; BWB Europe 2003), Han (New York Liberty; China; BWB Global 2018), Marc Gasol (Los Angeles Lakers; Spain; BWB Europe 2003) and Rui Hachimura (Washington Wizards; Japan; BWB Global 2016).  BWB is the NBA and FIBA’s global basketball development and community outreach program that has seen 79 former campers drafted into the NBA or signed as free agents since 2001 and five former campers drafted into the WNBA since 2019. Below please find a complete list of current NBA players on 2020 Olympic 5×5 rosters*: *As of July 24, 2021 (all rosters subject to change) *Participated in Basketball Without Borders (BWB)