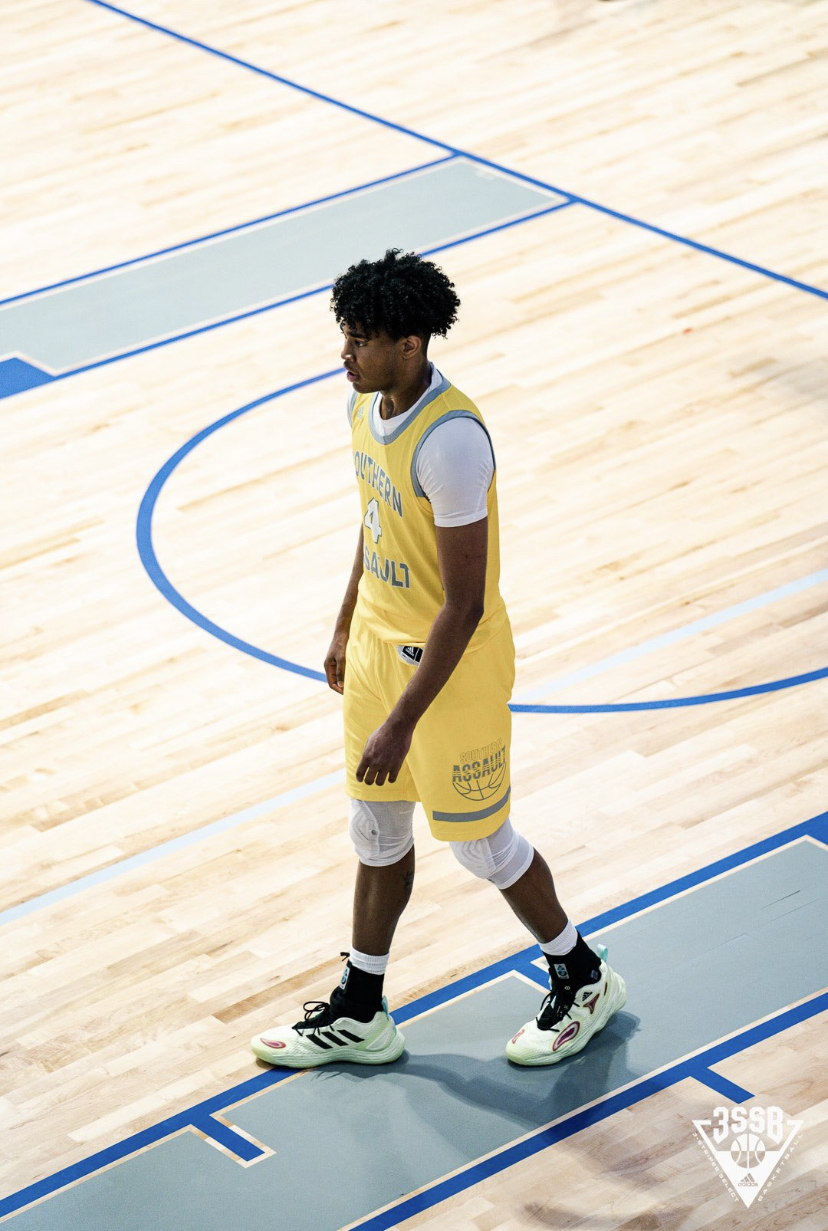 By TOBIAS BASS As the summer kicks into full gear, prospects across the nation are set to participate in the Adidas Gauntlet, Nike EYBL and Under Armour Sessions, among other AAU events. Among the standouts this July has been class of 2022 four-star forward Colin Smith, showing his versatility this past weekend as the 3SSB Event in Birmingham, AL. The 6-foot-8, 200 pound forward out of Dallas, TX, had 34 points in a victory against Team Trae Young. After battling an ankle injury in May, Smith is excited to show more of his skillset. “I want to show my two way play and versatility, athleticism and that I’m more than just a shooter,” he said. “I can score at all three levels and take pride in my passes and making the right play.” On the recruiting trail, Smith is down to a Top 10 of Arizona State, Vanderbilt, Stanford, Virginia, Illinois, Oregon, Minnesota, Texas, Arkansas and Michigan. “I’ve taken unofficial visits to Michigan, Baylor, Purdue, Texas A&M and Stanford,” he said. “I’ve only taken one official to Vanderbilt and I had a good time meeting the staff and players.”

Texas: “I haven’t really discussed yet with them, but coach (Ulric) Maligi was recruiting me at Texas Tech and coach (Jerrance) Howard was recruiting me at Kansas.” Arkansas: “Arkansas likes my versatility and shot making ability.” Vanderbilt: Their style of play fits and I got a chance to mesh with the staff and players.” Illinois: “Their style of play is the way I’ve played my entire life.” Stanford: “They see me as a player that stretches the floor and a stopper on defense.” Michigan:  Michigan sees me as a hybrid forward and that would allow me to play multiple positions on the floor.” Arizona State: “I haven’t had a chance discuss yet, but enjoyed my conversation with coach (Bobby) Hurley.   Smith still has components of his game he wants to show off the rest of the summer. “I want to continue to show all facets of my game and allow all coaches to see how hard I play every possession,” he said. “I’m looking to be the player a staff/school says we have to have because he makes things go and he has no ego and is a hard worker.”

Entering his senior year, Smith made the decision to head out west to Arizona (AZ) Compass Prep. “After discussions with the staff, they said I was the Forward that was missing in the puzzle piece,” he said. “I’m really excited.  I spent two weeks bonding with the team and coaches and had a blast. I love the intensity and having players like myself pushing you to be your best. Looking forward to playing with them all.” With a college decision coming this year, Smith has a list of qualities he looks for in a program at the next level. “Strong academics, family environment, honesty, and player development for the next level,” he said.
Follow Tobias Bass on Twitter Follow Adam Zagoria on Twitter Follow ZAGSBLOGHoops on Instagram And Like ZAGS on Facebook