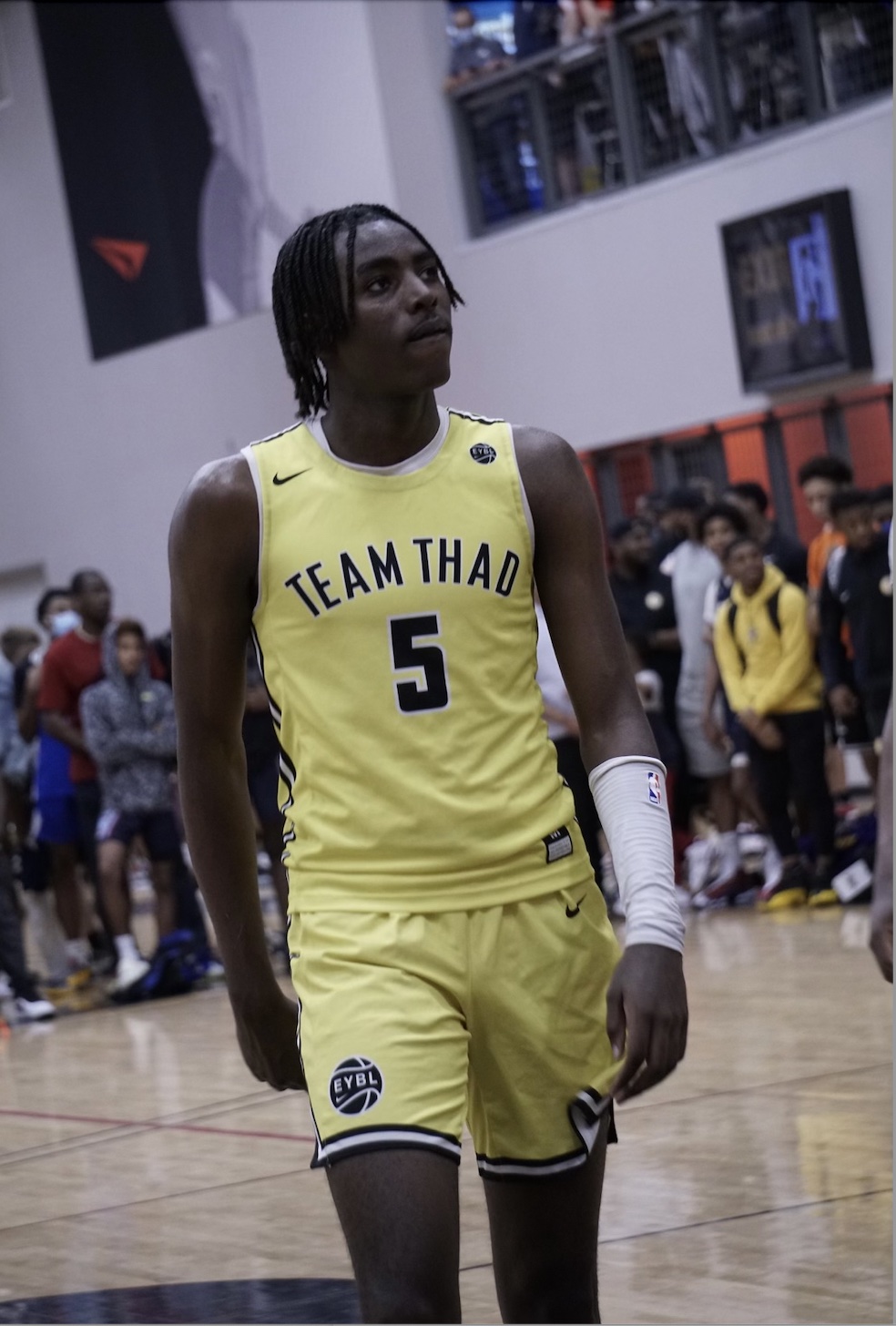 By JACOB POLACHECK Walking into the Clinton High School gym in Clinton, Mississippi and see Kimani Hamilton, you’ll likely be surprised to see the 6-foot-7, 200-pound forward playing in the backcourt. Ever since his early days, shooting on mini-hoops at the age of two, Hamilton has always towered over his opponents. “I was the biggest one on the court, but I was handling the ball, just zooming past everybody, getting layups and dropping a lot of points per game,” Hamilton said. “I was the biggest one out there, but I was doing all the dribbling.” Yet, as he’s gotten older, he’s taken his game from the post to the backcourt, emerging as a hot commodity in the class of 2022. With the ability to defend, dribble, shoot and make plays for his teammates, Hamilton is currently ranked by 247Sports.com as the No. 150 overall prospect in the class of 2022. “As you get older, you keep working and of course this stuff happens, but you do have to keep working,” he said. “I just do everything that comes to the game.” That work has led to some high-major colleges making their case for Hamilton’s commitment. And with the recruiting dead period coming to an end on June 1, Hamilton has made quick work of this time to visit colleges, taking his first unofficial trip to Mississippi State on June 17. “It was a lot of love,” he said. “You could tell that you would be surrounded by good people. They practiced very hard, got up and down, shot the ball and made plays. That would be a great school for me.” Shortly after his Mississippi State unofficial, Hamilton made the trip to Alabama for another unofficial visit on June 22. “What stood out to me is how they get up and down in transition. They play real fast and I like their type of game,” he said. “The coaching staff, they’re amazing. You can tell that they’ll be there for you, make sure you work hard and get everything done in the classroom. They care about you a lot.” Next up for Hamilton is a trip to Ole Miss on Wednesday (June 30) for an unofficial visit. “They just want me to come down there, take a look at their school,” he said. “I went to Ole Miss for a team camp and I really liked it. They took me into the locker room, showed me stuff like that, but on this visit I’m going to see the whole school. I really liked what I saw the first time.” This summer, Hamilton says he’s also looking to make a few more trips, specifically to Georgetown and Creighton. “They’ve just been wanting me to come up there and take a look at their schools,” he said. When it comes to his decision, play style and fit are expected to play a major role in Hamilton’s commitment. “I’m looking for a a fast-paced style, up-and-down in transition,” he said. Still, as Hamilton rises up the ranks in the class of 2022, playing with Team Thad on the Nike EYBL Circuit, he is maintaining a humble personality, knowing the importance of hard work. “Most people at this age would get a lot of accomplishments and start chilling out,” he said. “I’m not like that. I want more.” Photo: @ShotbyMasiello Follow Jacob Polacheck on Twitter Follow Adam Zagoria on Twitter Follow ZAGSBLOGHoops on Instagram And Like ZAGS on Facebook