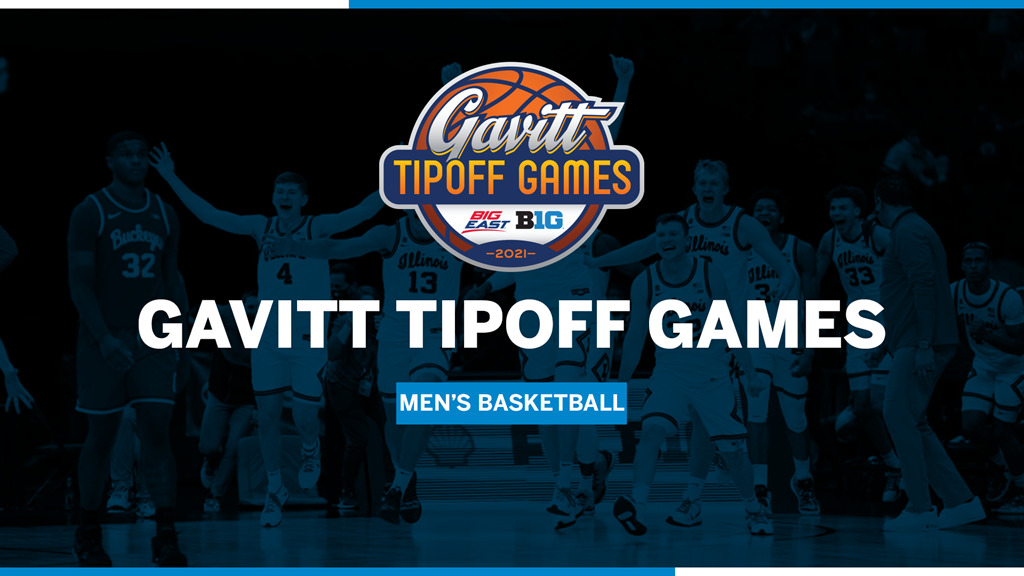 By JACOB POLACHECK The Big East Conference and Big Ten Conference have announced the matchups for the 2021 Gavitt Tipoff Games set for Nov. 15-18. In its sixth annual running, the 2021 Gavitt Tipoff Games will feature eight men’s basketball games, starting with Providence at Wisconsin and Illinois at Marquette on Monday, November 15. This year’s 16-team field includes 2021 Big Ten champion Michigan and 2021 Big Ten Tournament champion Illinois. Both the Wolverines and Fighting Illini earned No. 1 seeds in the 2021 NCAA Tournament and will be joined in this year’s Gavitt Tipoff Games by five other NCAA Tournament teams: Creighton, Michigan State, Ohio State, Rutgers and Wisconsin. All contests will be televised on Fox Sports 1 or the Big Ten Network with game times set to be announced at a later date.   The Gavitt Tipoff Games is an early-season series between the two conferences and named in honor of Hall of Famer Dave Gavitt, founder of the Big East and basketball visionary. The Big East and Big Ten split the series 4-4 from 2015-17 before the Big Ten emerged victorious in both 2018 and 2019 by a 5-3 margin. Last year, the conferences mutually agreed to cancel the 2020 series after the COVID-19 pandemic delayed the start of the 2020-21 NCAA basketball season and presented scheduling and timing issues. 2021 Gavitt Tipoff Games Schedule