Top-25 guard Nick Smith Jr. recaps Kansas visit: ‘I could make a lot of noise at their campus’ 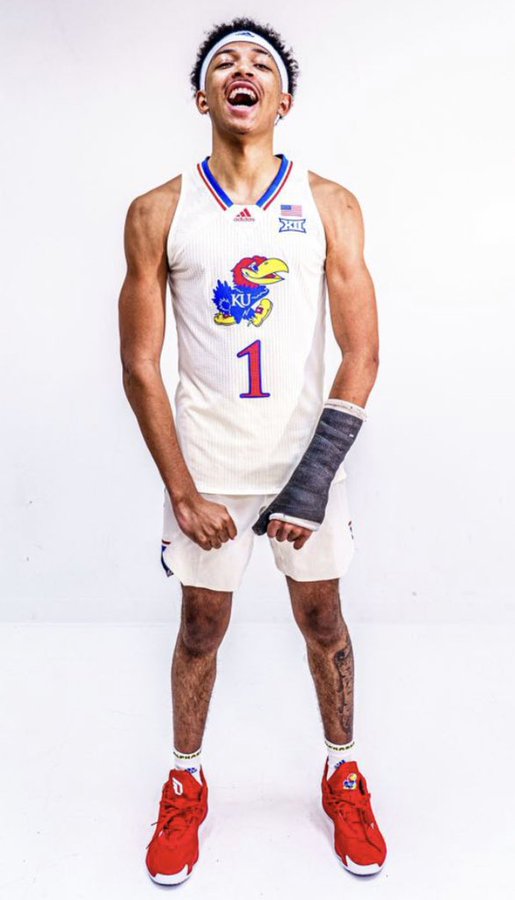 By JACOB POLACHECK Kansas hosted one of its top targets in the class of 2022 on Monday as the nation’s No. 2 ranked shooting guard Nick Smith Jr. made a trip to Lawrence for his fourth official visit. “The coaching staff was really open and the campus was very nice,” Smith told ZAGSBLOG Tuesday. “They liked my game and felt like I could make a lot of noise at their campus.” The 6-foot-4, 185-pound shooting guard from Sylvan Hills (GA), was able to reconnect with KU players Mitch Lightfoot, Bobby Pettiford, K.J. Adams and David McCormack. “I knew some of the Kansas players so I got along with them a lot,” he said. Ranked by 247Sports.com as the No. 22 overall prospect in the class of 2022, Smith averaged 25.0 points, 5.0 rebounds and 3.0 assists per game as a junior at Sylvan Hills. He has previously taken official visits to Alabama (June 1-3), Auburn (June 4-5) and Georgetown (June 11-13). Smith is also set to visit to Oklahoma (Sept. 17-19) and Arkansas (Oct. 15-17) before his commitment on November 20. “I’m just trying to figure out if I can get to the next level at their school and keep growing on and off the court,” Smith said. Follow Jacob Polacheck on Twitter Follow Adam Zagoria on Twitter Follow ZAGSBLOGHoops on Instagram And Like ZAGS on Facebook

The offers keep rolling in for 2023 guard Kylan Boswell