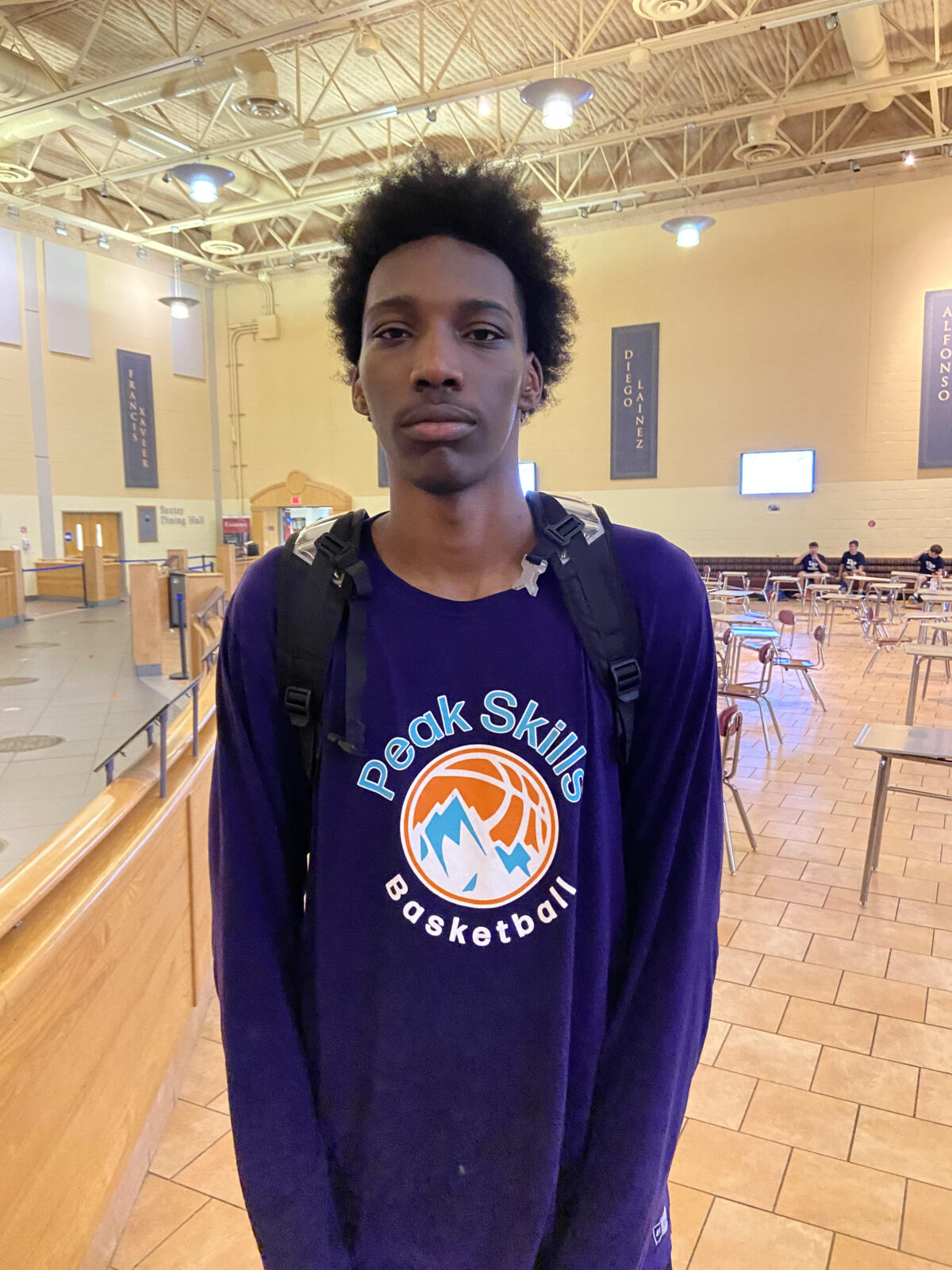 By RICH FLANAGAN PHILADELPHIA — Two years ago, Lance Ware donned the Camden (N.J.) uniform and became one of the most sought after big men in the country before ultimately committing to Kentucky. The Panthers have another big in the system, who should only continue that trend. Aaron Bradshaw, the 7-foot Class of 2023 center, had eight points, seven rebounds and two blocks in leading Camden to a 68-41 victory over Colorado Prep (Colo.) at Philly Live I on Friday night. The rising junior came the Panthers from Roselle (N.J.) Catholic and has already made a name for himself on the AAU circuit with N.J. Scholars. He holds offers from LSU, Miami (Fla.), Maryland, Penn State, Oklahoma State, Rutgers and Seton Hall, among others. This week, he gained an offer from Aaron McKie and Temple. He shared two schools in particular that are recruiting him the heaviest: Miami (Fla.): “[Assistant coach] DJ Irving has been reaching out to me. He really likes my game. The fact that I’m 7-foot and can shoot the ball, which helps, and he likes the way I hustle back on defense as well as running the floor.” LSU: “That would be perfect for me. They run their offense through the bigs. It’s a good school for my type of game.” Bradshaw is developing a nice rapport with new teammate, D.J. Wagner, the top player in the class of 2023, and he has lofty goals heading into their first season together, even as his recruitment has begun to escalate. “I’m worried about high school and getting better,” Bradshaw said. “I want to win a state championship and develop as a player.” Follow Rich on Twitter Follow Adam Zagoria on Twitter Follow ZAGSBLOGHoops on Instagram And Like ZAGS on Facebook