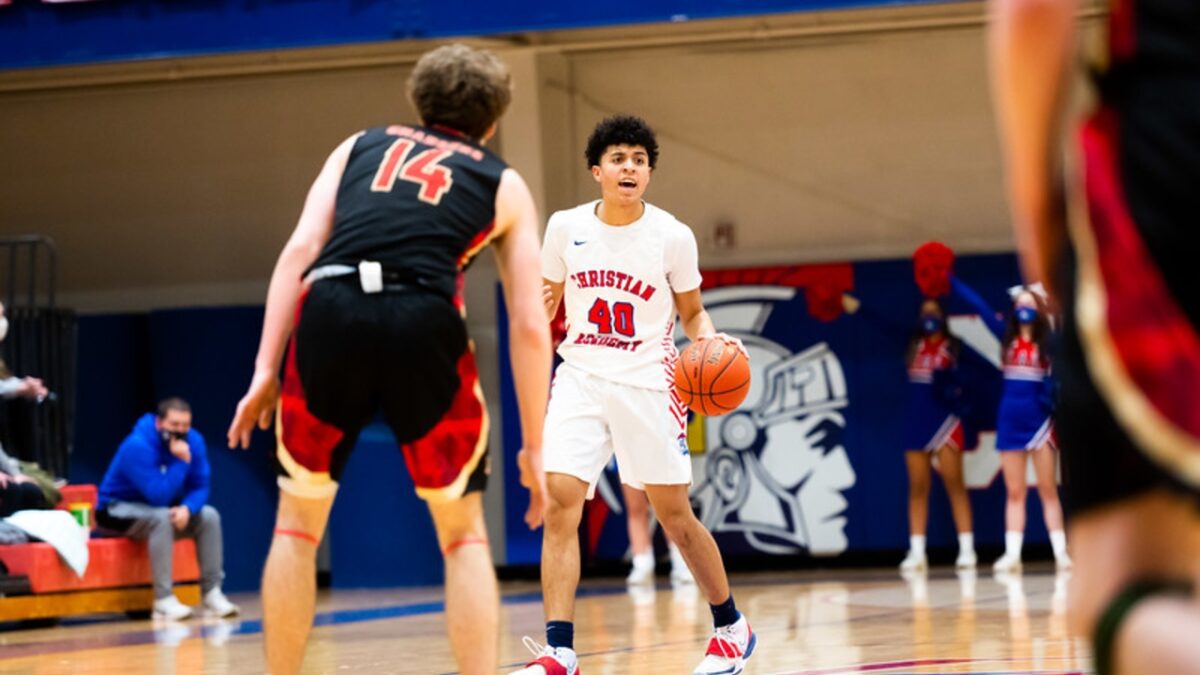 By JACOB POLACHECK With just four days until college coaches can begin reaching out to class of 2023 prospects, four-star guard George Washington III is already taking unofficial visits. Washington kicked off the month with an unofficial visit to Louisville from June 1. “The visit to Louisville was really great,” Washington told ZAGSBLOG Friday. “My assistant was a top player in the country, Lashann Higgs, so I went on her visits with her. I normally went on her visits with her, so I’ve seen it before, but it’s different when you’re the reason you’re talking to the coaches and you’re the reason you’re there.” Washington said he expects Louisville coach Chris Mack to be one of the first to call on June 15. “They were just talking about how they like high-character guys. They see me as that,” he said. “They like high-academic guys and I take a lot of pride in my academics.” Washington, a 6-foot-2, 165-pound combo guard from Christian Academy Of Louisville (KY), says Louisville loves his playing style. “The way I’m able to create for others and play off the ball,” he said. “That’s something they really like.” Next up for Washington is a trip to Ohio State for an unofficial visit Tuesday (June 15). “I’ve had a really great relationship with them too,” Washington said. “It’s going to be great to go up to them.” Washington says he is really impressed with the way the Buckeyes used guard Duane Washington Jr. over the past season. “The way he was able to play this year was really great,” he said. “They’ve been in contact with my coach for a long time, ever since I moved up to Kentucky.” Outside of Louisville and Ohio State, Washington listed Liberty, Penn State, Purdue and George Washington as the main schools involved in his recruitment. He broke down each school: Liberty: “My talks with them have been really good too. They started calling me a little bit later than the other two, but the connection I’ve formed with that coaching staff is just as strong as every other coach. I really love the coaching staff there. I’m a strong christian, so a christian school is always a plus. Liberty is a good fit as well.” Penn State: “They just hired new coaches, but they’ve been recruiting me for a while. I love the coach there. I’ve had a couple really great talks with him, too. Penn State is somewhere I’ve always looked at too because of football. Being from Texas, I know you can’t sleep on the basketball teams at football schools. I’m interested in them.” Purdue: “That’s a really great school, too, mostly because I love what they’ve been able to do with their guards. I was a major fan of Carsen Edwards when he was in college and how they utilized him. Their coaching staff talks highly about how they’re about to handle their guards and treat their guards well. I love hearing from them. That’s a staff that really knows what they’re doing when it comes to that. George Washington: “With them, it’s a gut thing. My major thing when it came to this was that I didn’t want to look at schools and be like ‘that’s a small school. I don’t want them’ because people like Ja Morant and Damian Lillard were able to go to small schools. Because it fit them, they were able to get to that next level and succeed at a very high level.  “My goal in all of this is to get to the next level because I want to play pro. George Washington has said how they’d really be able to develop my game and just go there and grind it out. D1 is D1, either way I’m playing against some of the best competition in the country. Just being able to talk to them – I’ve only had a few phone calls with them – but those calls have gone really, really well. I’ve just been blessed to have really great talks with a bunch of really good high character and great coaches.” Ranked by 247Sports.com as the No. 15 combo guard and No. 74 overall prospect in the class of 2023, Washington likens his game to current Denver Nuggets guard Jamal Murray with his ability to get off his own shot and get to the basket. “I haven’t always been that way, but I’ve gotten way more athletic since I’ve been in high school,” Washington said. “My ability to drive and finish over people, but still be a point guard that can play on and off the ball is what I like to think most people will see when they look at me.” Now, with the NCAA dead period behind us and live events coming back, Washington says he’s most looking to improve his ball handling skills. “I’ve always seen myself as a great ball handler, but I think especially if I want to be a top-level point guard, I need to go from where I am right now to an NBA-level ball handler,” he said. “I want my ball handling to be on the level where it doesn’t matter if there’s three or four guys running at me, I need to get out of that situation and find the open person.” Photo: Courtesy of George Washington III Follow Jacob Polacheck on Twitter Follow Adam Zagoria on Twitter Follow ZAGSBLOGHoops on Instagram And Like ZAGS on Facebook