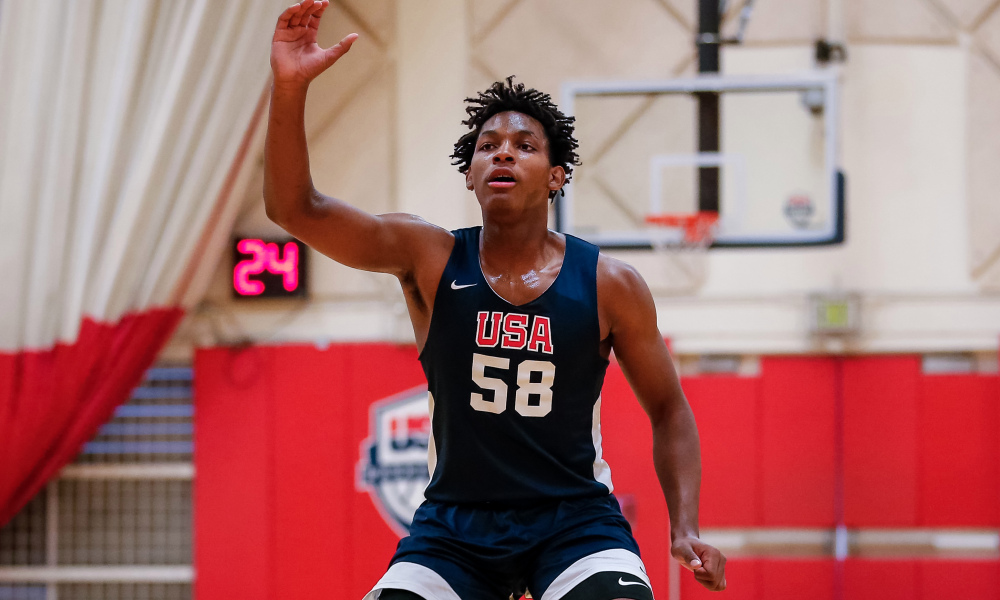 By RYAN McMULLEN MJ Rice, the 6-foot-5, 225-pound wing from Oak Hill (VA) Academy and Team Loaded AAU, says that Louisville, Kansas, N.C. State and Pitt are prioritizing him, he told Dushawn London of 247Sports Tuesday. He broke down his thoughts Kansas and NC State: Kansas: “Our relationship has been growing. They just recently got into the mix but I should be taking a visit there soon, I think. When the time [for] visits come, I’m going to talk with my dad and handle it from there. Their message to me is that they want me to come in and kill and hopefully be a one and done and get to the league. They’re a great program. They have great staff, alumni, great players, and I feel like I’d fit in with them and any school. Kansas definitely has my playing style though because they’re fast, and like to get out and run.” NC State: “Our relationship has been the same. They’re just like family. Basically what they’re telling me is that they want me to come in and kill, lead them to a championship and be a part of a great program, team, but also get better at my craft and hopefully get to the NBA. I also like how coach [James] Johnson and coach [Kevin] Keatts are great men, and they always call me and ask how I am doing. I feel like our relationship has grown a lot over the years and it’s going to continue to progress. They’re just like mentors to me.” According to 247Sports, Rice is ranked as the No. 7 small forward and No. 31 overall prospect in the class of 2022. Follow Ryan on Twitter Follow Adam Zagoria on Twitter Follow ZAGSBLOGHoops on Instagram And like ZAGS on Facebook