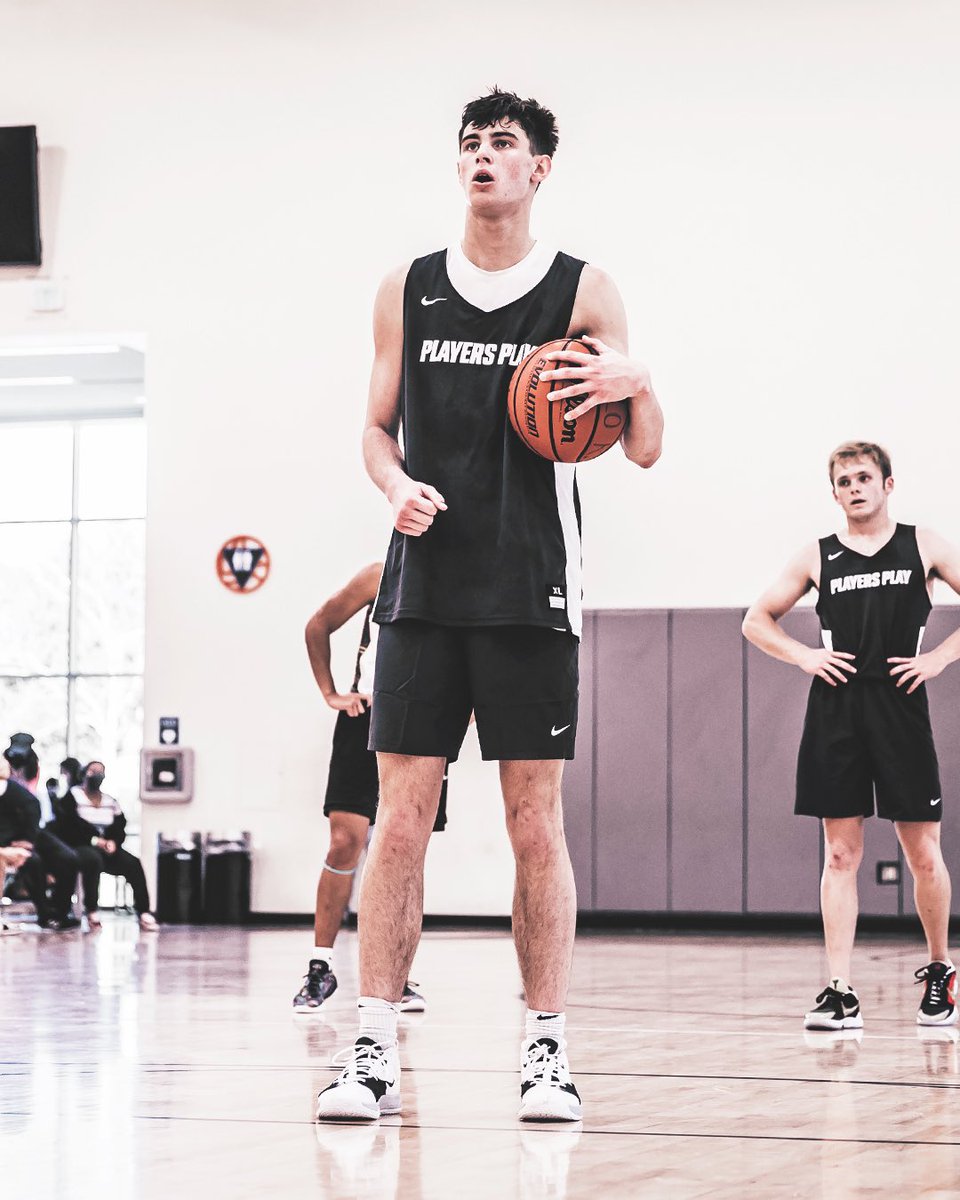 By JACOB POLACHECK Growing up in a basketball household, Brady Dunlap has always learned to play the game the right way.  For Dunlap, it’s never been about scoring at will or putting up massive numbers. Instead, he’s locked his attention on one thing – winning.  “My main aspirations would be to win a state championship,” he said. “I want that. I want a ring. I want to be one of the main guys on a state championship team.”  Dunlap’s fondest memories of playing the game can be traced back to 2011, firing away in the N.C. State Dail Center, while his father, Jeff, an assistant with the Wolfpack at the time, watched on.  It all started with his foot speed – how fast he could get from one end of the court to the other.  Then came the sweet shooting stroke. Even as a young, spry eight-year-old, Dunlap was always a big shot taker and a big shot maker.  By the time he was 13 years old, Dunlap was training with college athletes at the highest level.  “He’s never been afraid,” Jeff said. “He loves it and that’s important because I’ve never forced it upon him. He could play whatever sport or no sports, but he gravitated toward basketball. So here we are.”  Finishing up his sophomore season at Harvard-Westlake (CA) School, the 6-foot-7, 180-pound wing prospect has turned his proclivity for high-stakes buckets into a reputation as one of the class of 2023’s best knock-down shooters.  “He’s still getting into shape,” Los Angeles Times sports reporter Eric Sondheimer said. “He has a good outside shot. [He’s] slender and will get better as he gets stronger.”  Now, with less than a month until college coaches can start reaching out to the rising junior class, Dunlap is expected to be a hot commodity on the recruiting trail.  And with early interest from Rice, Pepperdine, USC, Arkansas and Stanford, among others, it’s no wonder 247Sports.com has Dunlap ranked as the nation’s No. 71 overall prospect in the class of 2023.  “He’s a specialist from deep,” 247Sports National Basketball Recruiting Analyst Brandon Jenkins said. “He gets it off quick with good elevation. [He has] a mature approach to the game.”  However, unlike many prospects who are vying for position on the AAU circuit, Dunlap is still in the midst of his high school season due to COVID-19 restrictions delaying the season in California.  Not to mention, Dunlap missed the first eight games of the season after transferring from Hart (CA) High School.  “It was pretty depressing watching all my friends in other states play and I couldn’t,” Dunlap said. “Being outside and having to shoot on the outside courts, lift outside. Watching that while others could play inside was hard.”  Despite being back on the court, Dunlap still feels the effects of the COVID-19 pandemic, playing in empty arenas without a true locker room experience.  “Don’t get me wrong, being back on the court is a blessing, but with no fans in the gym, we just have our parents out there,” he said. “I’m looking forward to getting to play in front of those packed gyms that I saw Harvard-Westlake play in last year.”  Yet, throughout his high school career, with the help of his father, Dunlap has remained steadfast, in constant pursuit of winning.  “I want to be remembered as a hard worker in everything I do,” he said. “I want to be remembered as a really good player that worked his but off.”  Follow Jacob Polacheck on Twitter Follow Adam Zagoria on Twitter Follow ZAGSBLOGHoops on Instagram And Like ZAGS on Facebook