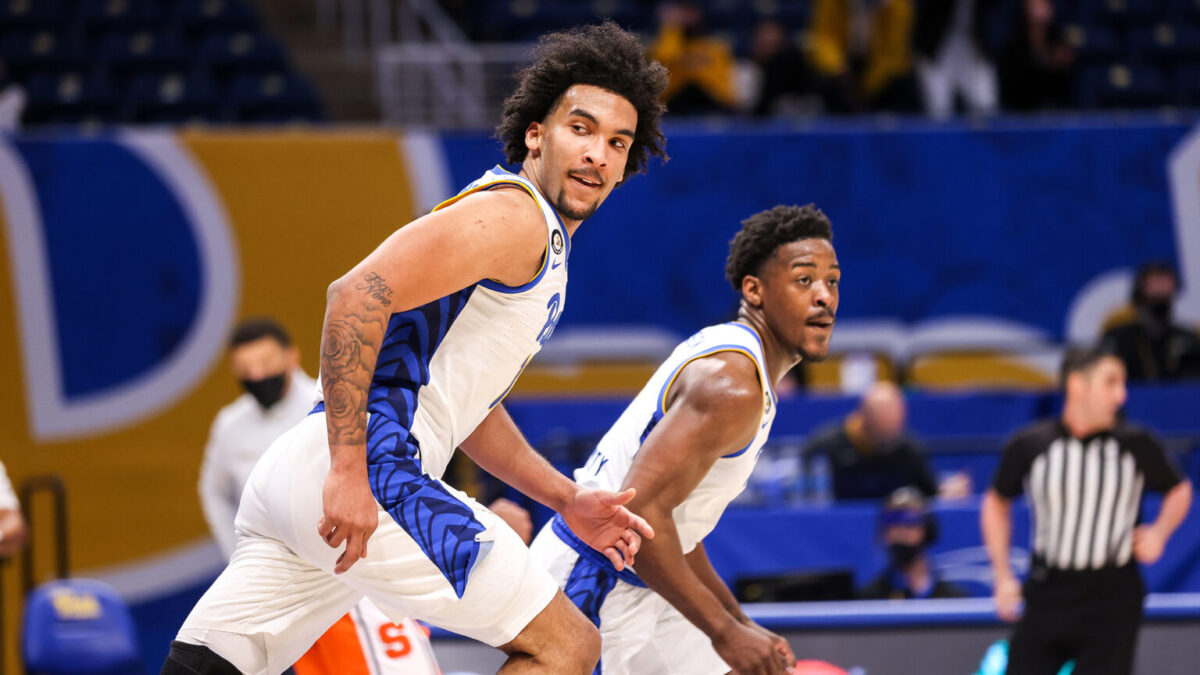 Pittsburgh sophomore Justin Champagnie will enter the 2021 NBA Draft and hire an NCAA-certified agent, the school announced Monday. He is ranked the No. 66 “Best Available” prospect per ESPN.com after averaging 18.0 points and 11.1 rebounds per game last season for the Panthers. He is Pitt’s first early entry into the NBA Draft since 2013 when Steven Adams was selected No. 12 overall by the Oklahoma City Thunder. “My parents and my family have been my biggest supporters and they have made a lot of sacrifices to help put me in this position,” said Champagnie. “I am excited about the opportunity to pursue my NBA dreams and be in a position to pay them back for everything they have invested in me. The University of Pittsburgh has elevated me on and off the court. I love Coach Capel, the entire coaching staff and my teammates and will always be proud of the relationships I have built over the past two seasons. It was a difficult decision because Pitt has been such a special place in my development. I am going to miss the passionate support of the fans, especially the Oakland Zoo, but I know it is time to begin my professional career. I am prepared to take the next step, accept the next challenge and put in the work it takes to succeed at the next level.” Champagnie, a first team All-ACC and honorable mention All-America selection, was the lone major conference player in the country to average a double-double for the season. He ranked among the conference leaders in nine categories and finished in the top 10 in the NCAA in rebounding (T-7th – 11.1 rpg.) and double-doubles (T-8th – 14). “Justin has been a terrific member of our program for the past two years and has earned the opportunity to be a NBA Draft selection,” said head coach Jeff Capel. “He put together an outstanding season under some difficult circumstances last year, earning All-America recognition and becoming Pitt’s first First Team All-ACC selection. We are proud of the way he has developed within the Pitt program and excited to see him continue to evolve as a player. Justin’s competitiveness, toughness and desire to help his family will continue to be driving factors in helping his game reach new levels. I believe he is just scratching the surface of the player he can become and look forward to watching him carve out a lengthy pro career. Justin has our love and support and will always be a part of the Pitt family.” Pitt has had 28 NBA Draft picks, including eight first round selections in program history. Capel has mentored 27 draft picks throughout his coaching career, including 18 first round selections and 10 lottery picks. (Release via Pitt) Follow Adam Zagoria on Twitter Follow ZAGSBLOGHoops on Instagram And Like ZAGS on Facebook

Pitt-St. John's at MSG won't mean as much without both Champagnie brothers