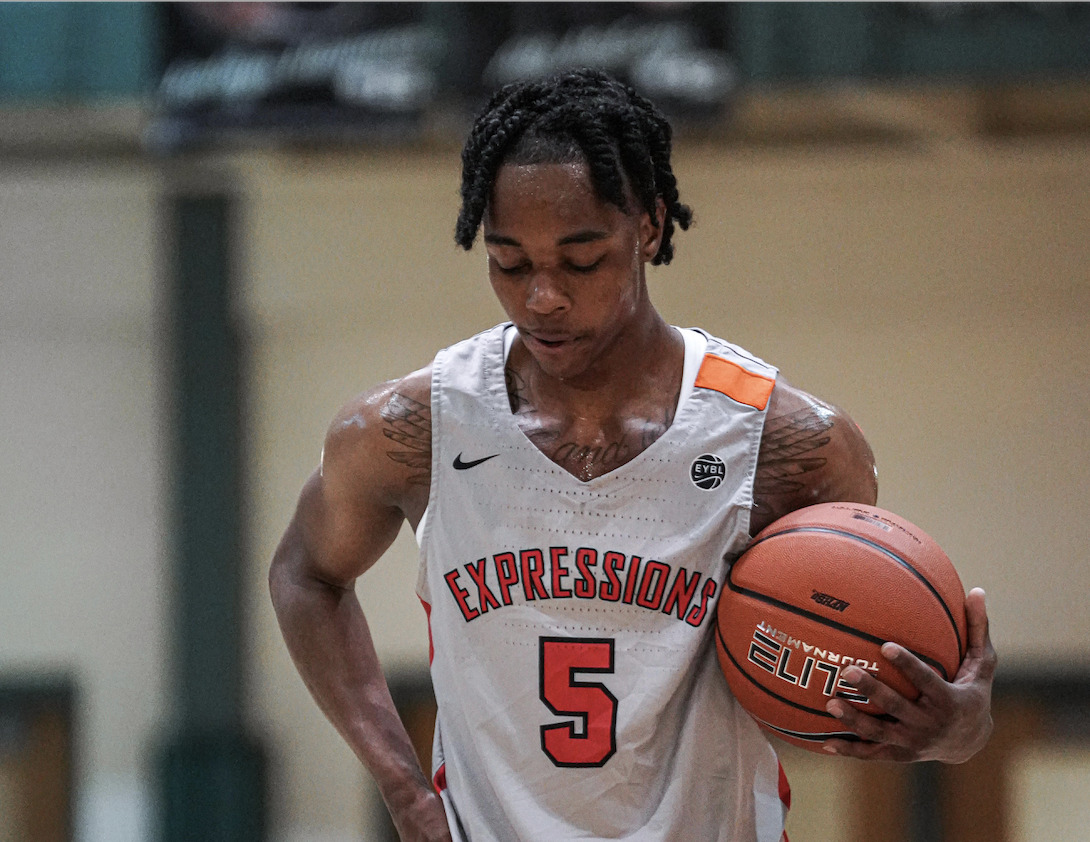 By ADAM ZAGORIA Dasonte Bowen, the 6-foot-3 Class of 2022 point guard from Brewster (N.H.) Academy and Expressions Elite, has picked up several new offers but says a few schools are the most actively involved. Ranked the No. 24 point guard in the Class of 2022 by 247Sports.com, Bowen now holds offers from USC, Iowa, Rutgers, Virginia Tech, Miami, Maryland, Penn, Brown, Penn State, UMass, South Dakota, Rhode Island, Georgetown, Seton Hall, Tennessee State and Bryant. He listed five schools as the most actively involved in his recruitment. Iowa: “Iowa was my first offer the summer going into my sophomore year and they were also my first ever visit (unofficial). They’ve stayed on me all the way up to now which means a lot. I talk to them multiple times a week. Whether it be coach [Fran] McCaffery or another coach on the staff, they never miss reaching out. Coach McCaffery wants me to come there and have the ball in my hands trusting me to make winning plays and be an extension of him on the court. They definitely can help sharpen the tools I already have while getting me ready for the next level.” Maryland: “Maryland was more recent but they definitely haven’t missed a beat. I talk to them almost daily and I’ve gotten to get on zoom with coach [Mark] Turgeon and coach Bino [Ranson] once. They want me to come in and be a lead guard as they’ve had much success with in the past. Playing for coach Turgeon could definitely help my game the way he’s developed his guards and the coaching experience he carries.” Rutgers: “Coach [Steve] Pikiell has done a great job bringing back that winning culture at Rutgers. He wants me to come in and help him continue that. I’ve gotten to do a zoom call with coach Pikiell and coach [Karl] Hobbs. I could definitely fit very well in their system as they’re a guard oriented program for the most part. They allow their guards to run the show and the team which has brought a lot of success.” Miami: “Coach [Jim] Larrañaga is definitely a legendary coach and can offer a lot of knowledge I couldn’t get a lot of other places. They had a tough year but definitely still carry a winning culture. They let their guys get up and down the floor which is a situation I could thrive in.” USC: “USC is the most recent so we haven’t been able to built up a relationship quite yet but we definitely will. It’s a winning culture there with coach [Andy] Enfield and how he’s turned it around in his time there. They recruit gritty guys that want to just work and block out the noise and think I fit that. I could definitely see myself here with the way they developed their guys and can get them ready for the next level.” Follow Adam Zagoria on Twitter Follow ZAGSBLOGHoops on Instagram And Like ZAGS on Facebook

Patrick Baldwin Jr. commits to play for his father at UW-Milwaukee