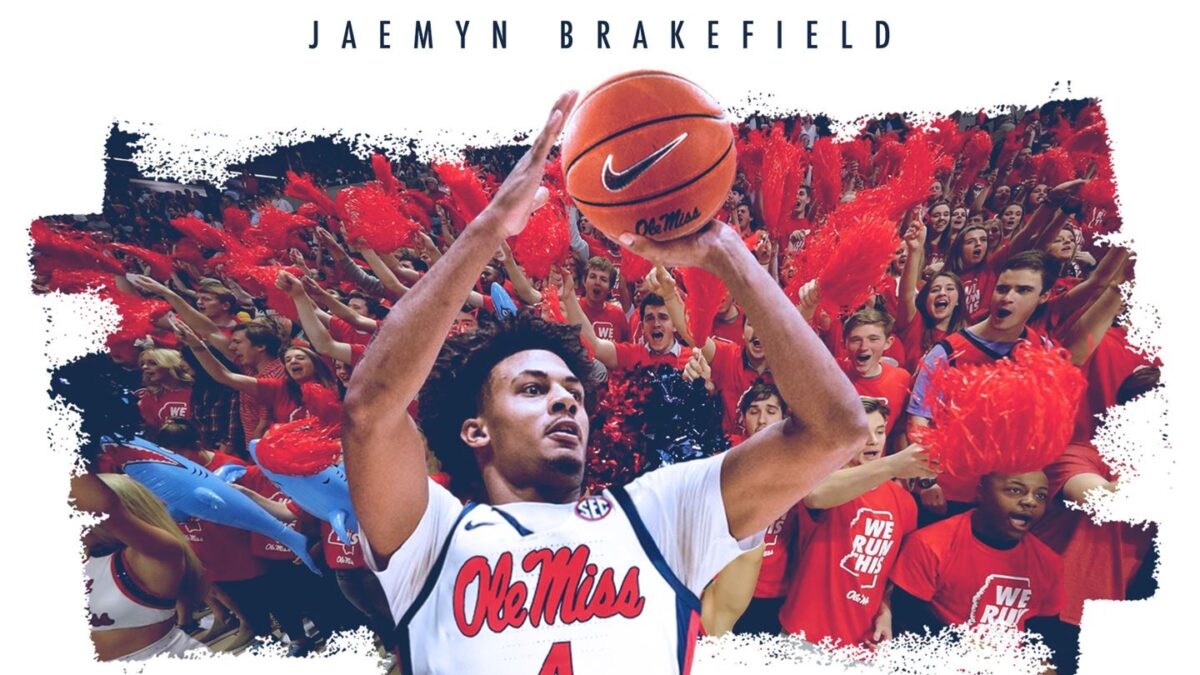 Mississippi native Jaemyn Brakefield is returning home. After spending one season at Duke, the No. 29 ranked player in ESPN’s 2020 recruiting rankings will join the Ole Miss men’s basketball team for the upcoming 2021-22 season, the school announced Wednesday.

“Jaemyn has been a top priority for us since our arrival in Oxford three years ago,” said coach Kermit Davis. “We love his size, versatility, athleticism and skill set as a player. Jaemyn can stretch the floor from three as well, and he is an excellent playmaker for a 6-foot-9, 220-pound athlete. His high character also makes him an outstanding teammate. Our Ole Miss fan base will have fun watching him and the rest of this class.”

As a freshman, Brakefield played in 22 of Duke’s 24 games and had some memorable moments. In just his second collegiate game, he tallied 11 points and four rebounds against No. 8 Michigan State in the Champions Classic (Dec. 2). Two days later versus Bellarmine (Dec. 4), Brakefield became the first freshman in Cameron Indoor Stadium history to go a perfect 4 for 4 from beyond the arc. The Jackson, Mississippi, native was only the third Duke freshman to do it in any game throughout program history. Brakefield also came through down the stretch to help the Blue Devils knock off No. 7 Virginia (Feb. 22). He tallied 11 points, five rebounds and four blocks, while his and-1 bucket with two minutes left gave Duke the lead for good.

Out of high school, Brakefield was one of the nation’s top recruits as a 5-star prospect. The 6-foot-9 forward was the No. 1 player in the state and the fourth-best power forward in the country. Playing for Huntington Prep, Brakefield became the first player to be named West Virginia Gatorade Player of the Year three times. He averaged 19.2 ppg and 8.3 rpg as a senior, while earning a spot in the 2020 Jordan Brand Classic at the end of the season.

On the AAU circuit, Brakefield recorded 15.9 ppg, 6.1 rpg and 2.8 apg for Team Phenom University in the Nike Elite Youth Basketball League. He added two double-doubles throughout his final summer.