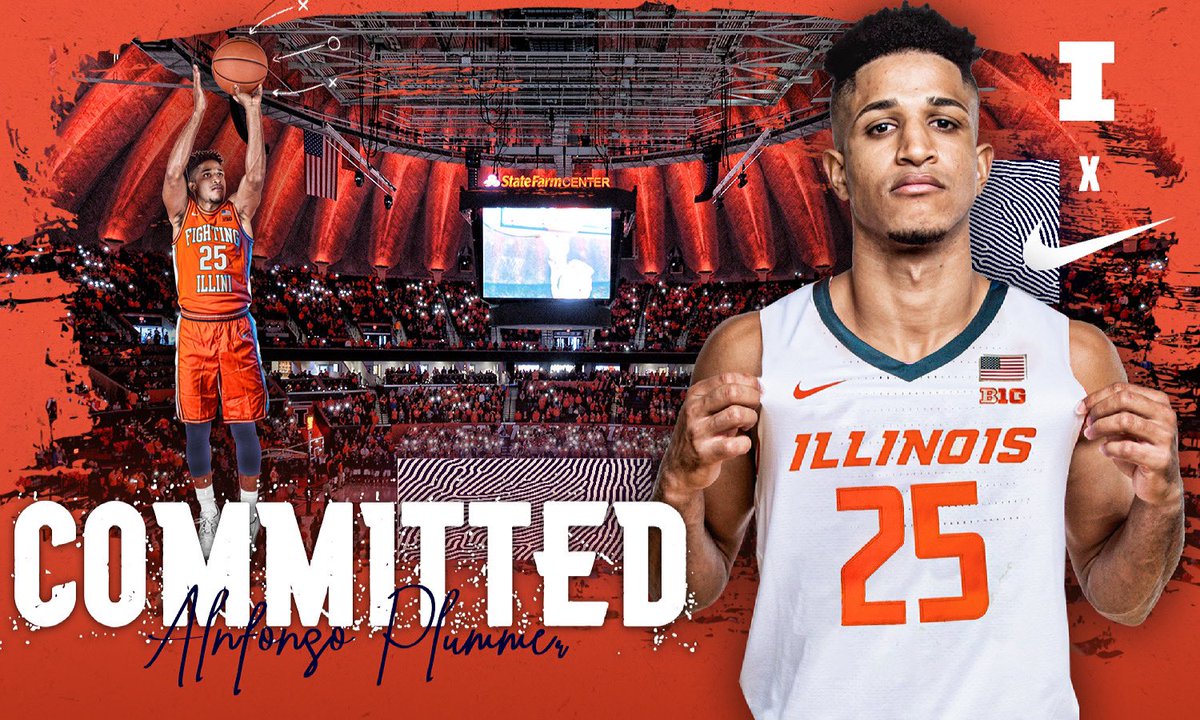 By ADAM ZAGORIA After losing Adam Miller to the Transfer Portal, Illinois effectively replaced him Saturday with the addition of former Utah guard Alfonso Plummer. The 6-foot-4 Plummer averaged 13.6 points and 2.2 assists while shooting 38 percent from deep as a senior at Utah before transferring due to the coaching change there. Plummer, a native of Puerto Rico, will team with rising sophomore point guard Andre Curbelo, also Puerto Rican, to lead the Illini backcourt going forward. “Alfonso Plummer is a proven scorer at this level… his experience and high basketball IQ, combined with his explosive scoring ability, make him a great fit for our multi-guard offense,” Coach Brad Underwood said when Plummer signed April 23. Illinois senior guard Trent Frazier also announced he’ll return for another season after averaging 10.2 points, 2.7 rebounds and 2.7 assists. Follow Adam Zagoria on Twitter Follow ZAGSBLOGHoops on Instagram And Like ZAGS on Facebook