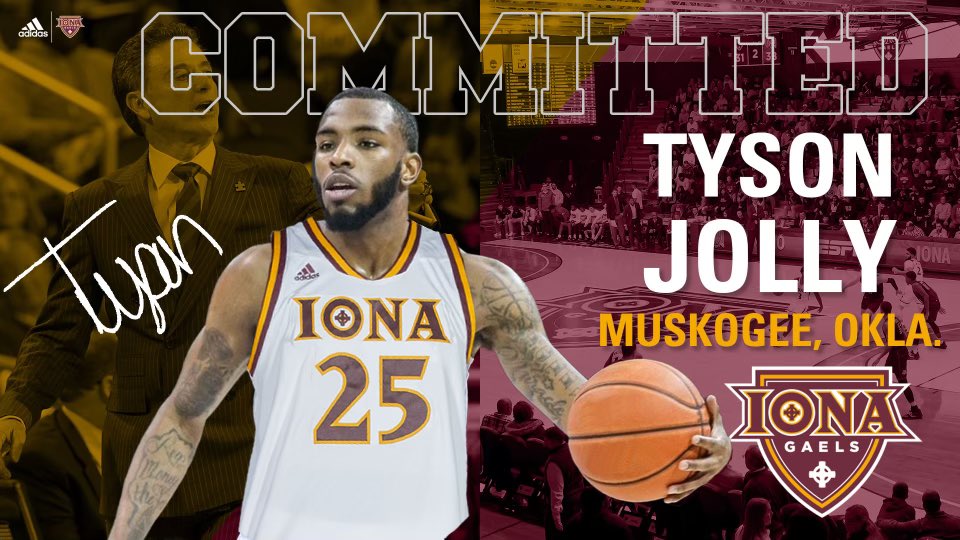 By ADAM ZAGORIA Iona coach Rick Pitino continued his offseason transformation of the roster Wednesday with the addition of well-traveled shooting guard Tyson Jolly. The 6-foot-4 Jolly comes to Iona after stints at SMU, Baylor and Trinity Valley Community College. “I picked Iona to go play for the Hall of Fame Coach Rick Pitino,” Jolly said. “I have watched his teams over the years and watched his recruits be developed and do well in their careers with him and after him. It’s a great opportunity to get better, learn and be mentored from one of the best day in and day out, and put myself in a great position to potentially make history and set myself up to make a lot of money playing the game I love!” He averaged 9.3 points and 4.8 assists in eight games last season at SMU, and 14.5 points and 6.2 dimes the year before. Jolly played the 2017-18 season at Baylor and the following season at Trinity Valley, averaging 22.6 points, 12.5 rebounds, 4.0 assists, 1.6 steals. He is the second transfer from the American Athletic Conference to join Pitino’s program after the Gaels added point guard Elijah Joiner from Tulsa last week. “Leadership-wise I’ll come in as a mature veteran guard who’s played at all three levels and have a good understanding of the game and what it takes to win big,” Jolly said. “I’ll dedicate to working extremely hard and pushing myself to be the best me I can be and I feel by doing that I can get guys to follow and up there level as well. “Basketball-wise I will bring every aspect to the game for Coach and his staff,” he added. “I will come in and be a complete player on both ends of the court. Score, assist, defend, rebound, and lead and with this mindse.t I believe Coach Pitino will put me in a great position to be tremendously successful at Iona and so on as my journey continues after Iona.” Follow Adam Zagoria on Twitter Follow ZAGSBLOGHoops on Instagram And Like ZAGS on Facebook