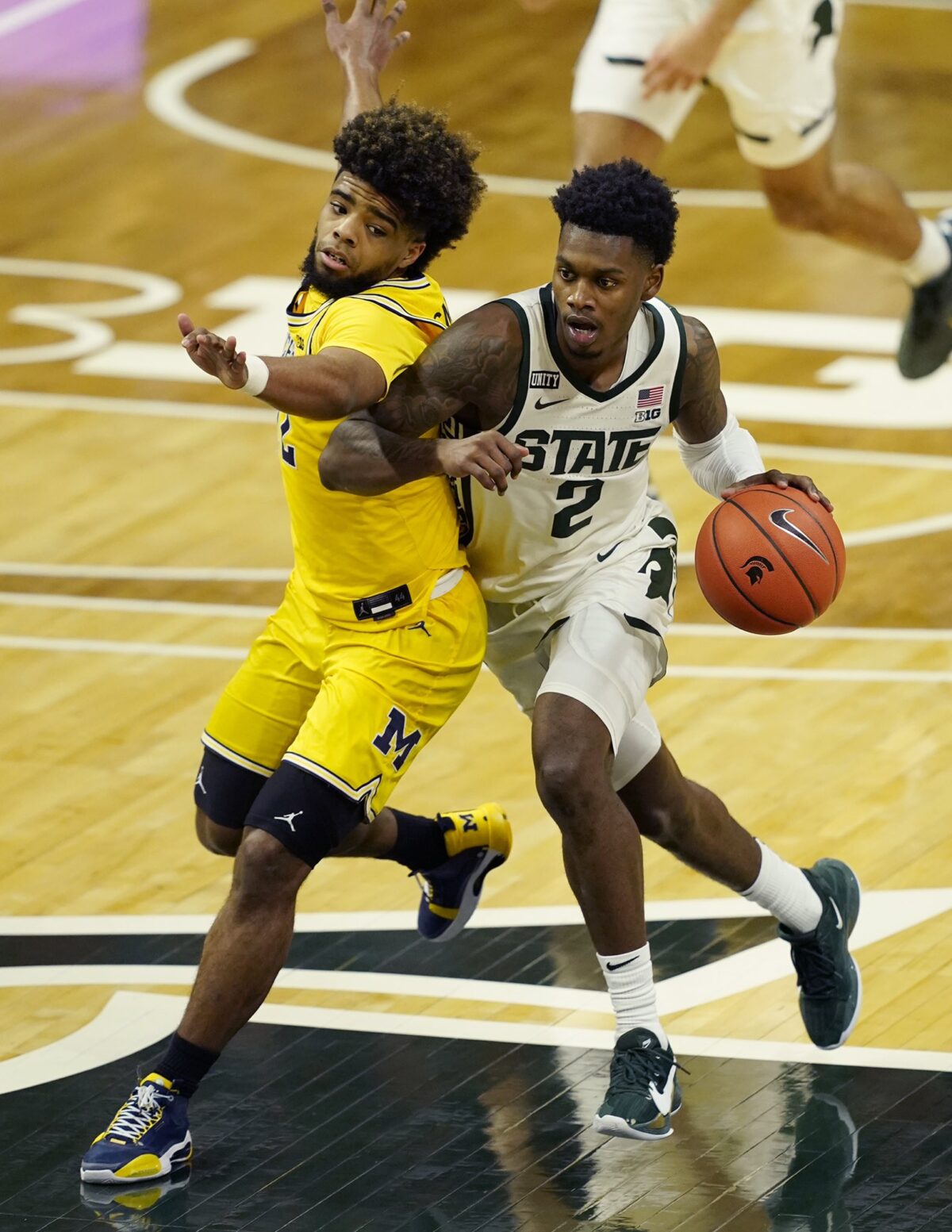 By ADAM ZAGORIA Death, taxes, Tom Izzo in the NCAA Tournament. Book it. Per ESPN’s Joe Lunardi, Michigan State is now projected among the “First Four Byes” in the NCAA Tournament after beating No. 2 Michigan, 70-64, behind 21 points from Rocket Watts and 18 points, five rebounds and three assists from Aaron Henry. “We ain’t done yet,” Henry told reporters. Entering the day, the Spartans (15-11, 9-11 Big Ten) were among the “Last Four in.” Michigan State has not missed the NCAA Tournament since 1997. The Spartans completed their third Top-5 win down the stretch after previous victories over Ohio State and Illinois last month. The Big Ten, meantime, is projected to have two No. 1 seeds in Illinois and Michigan and four of the top 8 seeds, along with Ohio State and Iowa. For more on the Big Ten, head on over to my piece on Forbes.com. Follow Adam Zagoria on Twitter Follow ZAGSBLOGHoops on Instagram And Like ZAGS on Facebook