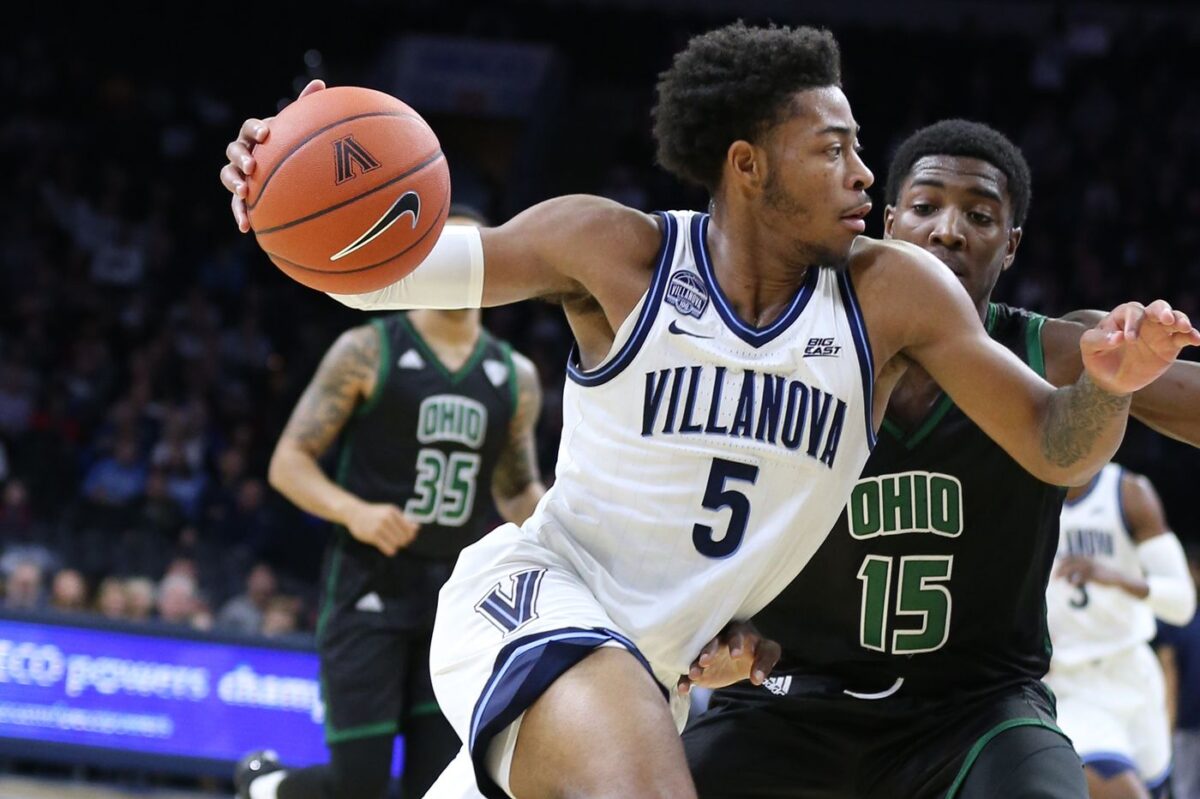 By ADAM ZAGORIA Things are going from bad to worse for Villanova. With senior point guard Collin Gillespie already done for the season with an MCL injury, Villanova lost sophomore guard Justin Moore to an ankle injury during the first half of Saturday’s 54-52 loss to Providence. Moore will get an MRI on Sunday, head coach Jay Wright told reporters. “It was pretty severe,” Wright told reporters after the game. “They said right away he’s not going to return. I think we’ll get an MRI tonight or [Sunday] morning.” Moore is averaging 13.5 points, 4.5 rebounds and 3.1 assists. Villanova won the Big East regular-season title for the seventh time since 2014 but is reeling with injuries heading into the Big East Tournament next week at Madison Square Garden. Wright said this week he expected Gillespie to have surgery soon and that he should be “100 percent” by June because it’s just an MCL injury, not an ACL tear. Gillespie said he hasn’t decided yet whether to come back next season for a bonus season permitted by the NCAA. “Later on down the line, depending on how I feel, I’ll sit down with the coaches and my parents and then make a decision,” Gillespie said. Follow Adam Zagoria on Twitter Follow ZAGSBLOGHoops on Instagram And Like ZAGS on Facebook