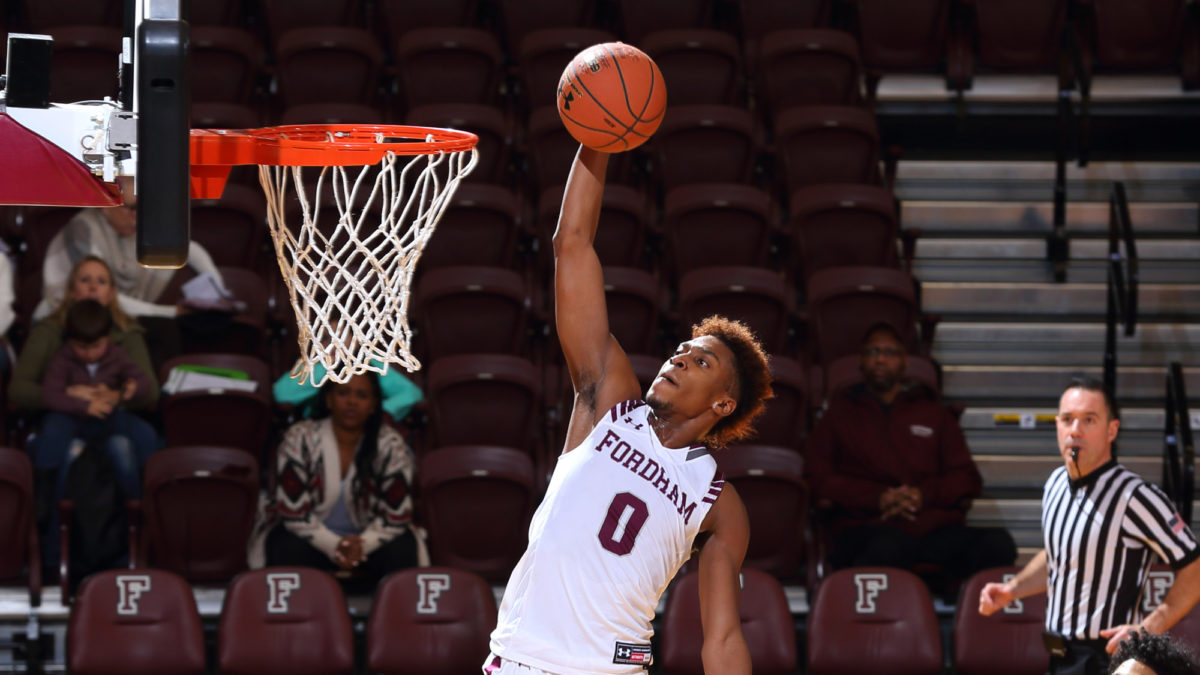 By ADAM ZAGORIA Fordham University is focusing on three candidates for its vacant head men’s basketball coaching job, multiple sources said. Bryant coach Jared Grasso, Saint Peter’s coach Shaheen Holloway and former Penn State coach Pat Chambers are the three leading candidates. There is no known time-frame on when a decision will be made. Fordham is currently 2-12 overall, 2-11 in the Atlantic 10 under interim coach Mike DePaoli after Jeff Neubauer was fired in January. Grasso, 40, is a former interim head coach at Fordham (2009) who is in his third season as the head man at Bryant after serving as the associate head coach at Iona, a perennial NCAA Tournament team out of the MAAC under former coach Tim Cluess. He is 39-42 in his three seasons, but the current team is 14-5, 10-4 in the Northeast Conference. It is the team’s best record in Division 1 history. Grasso is an outside-the-box thinker and tireless worker who knows the New York and Northeast recruiting landscapes well, qualities that would be very useful at Fordham. “If Fordham continues to hire traditionally, then they’re going to traditionally suck,” one local coach said. Holloway, 44, is in his third season at Saint Peter’s and is 40-41, including a 12-10 mark this year, 9-8 in the MAAC. In 2020, he was named MAAC Coach of the Year after leading the Peacocks to a 14-6 conference record and the No. 2 overall seed in the 2020 Tournament after being voted to finish 9th in the preseason. He is former McDonald’s All-American who beat out Kobe Bryant and others for the MVP of the 1996 McDonald’s Game. Prior to Saint Peter’s, Holloway was the associate head coach under Kevin Willard at Seton Hall, which reached three straight NCAA Tournaments from 2016-18 and won the Big East Tournament title in 2016. He is also a strong recruiter with deep ties in New Jersey. Chambers, 50, compiled a career record of 190-178 in two seasons at Boston University and nine at Penn State. His team won the NIT championship in 2018 and would have made the 2020 NCAA Tournament had it not been canceled. He stepped down from Penn State on Oct. 21, 2020, following an investigation into his past conduct. The Undefeated published an article in which former Penn State guard Rasir Bolton alleged Chambers made a comment involving a “noose around [his] neck” and said that led him to transfer.  Chambers, in a 2020 interview published on TheUndefeated.com, said, “I didn’t realize that word would hurt him, and I am truly, truly sorry for that.” Hiring Chambers would come with some obvious baggage, and it’s unclear how his hire would be received by African-American high school and AAU coaches as well as players. Though sources said Chambers has already reached out to numerous top elite AAU coaches in New York and the Northeast to explain that he made a mistake, has changed and is excited about the future. Penn State senior Jamari Wheeler Tweeted Thursday that he wished Chambers was there to “celebrate” Senior Night with the team. “I am so proud of all our program has accomplished these past nine years, and I will be forever grateful to the Penn State community for its ongoing support,” Chambers said in a statement when he stepped down “Anyone who has ever coached — especially at this level — knows the exceptional amount of energy and focus it takes to deliver each and every day. This has been an incredibly difficult year for me and my family, and we are in need of a break to re-set and chart our path forward. So, I’m taking a step back to prepare myself for the next 20 years.” Photo: AP Follow Adam Zagoria on Twitter Follow ZAGSBLOGHoops on Instagram And Like ZAGS on Facebook