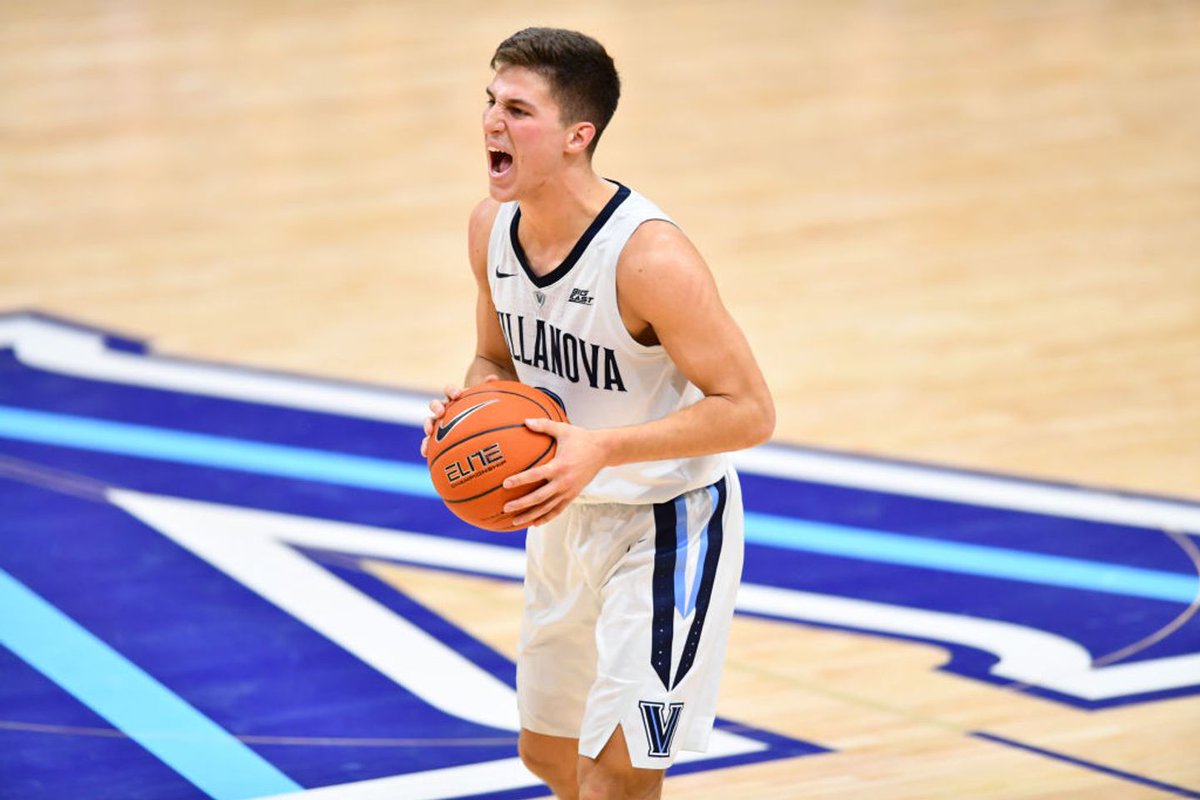 By ADAM ZAGORIA The worst-case scenario for Villanova and senior point guard Collin Gillespie was confirmed on Thursday. An MRI confirmed that Gillespie suffered a torn medial collateral ligament in his left knee during the first half of Wednesday night’s game against Creighton. The injury is expected to sideline him for the remainder of the 2020-21 season. “We are all devastated for Collin,” stated Villanova head coach Jay Wright. “He is the heart and soul of our program. We know we can’t replace him. We all just want to step up and play so that we honor him. “Collin is as mentally tough and resilient as any player we have had here. I know he will get through this and make it a positive for his career.” Gillespie got tangled up in the first half trying to defend a shot by Creighton forward Damien Jefferson under the basket and he collapsed to the floor. Gillespie watched the rest of the game from the bench. Gillespie was recently named one of five finalists for the Bob Cousy Award which honors the nation’s top point guard. In 20 games this season, the graduate of Archbishop Wood High School has averaged 14.0 points, 4.6 assists and 3.3 rebounds per game. His 2.9 assist-to-turnover ratio ranks second in the Big East In 118 career games Gillespie has played, Villanova has won 94 of them. Villanova won the Big East regular-season title Wednesday and is a projected No. 3 seed in the NCAA Tournament. Follow Adam Zagoria on Twitter Follow ZAGSBLOGHoops on Instagram And Like ZAGS on Facebook