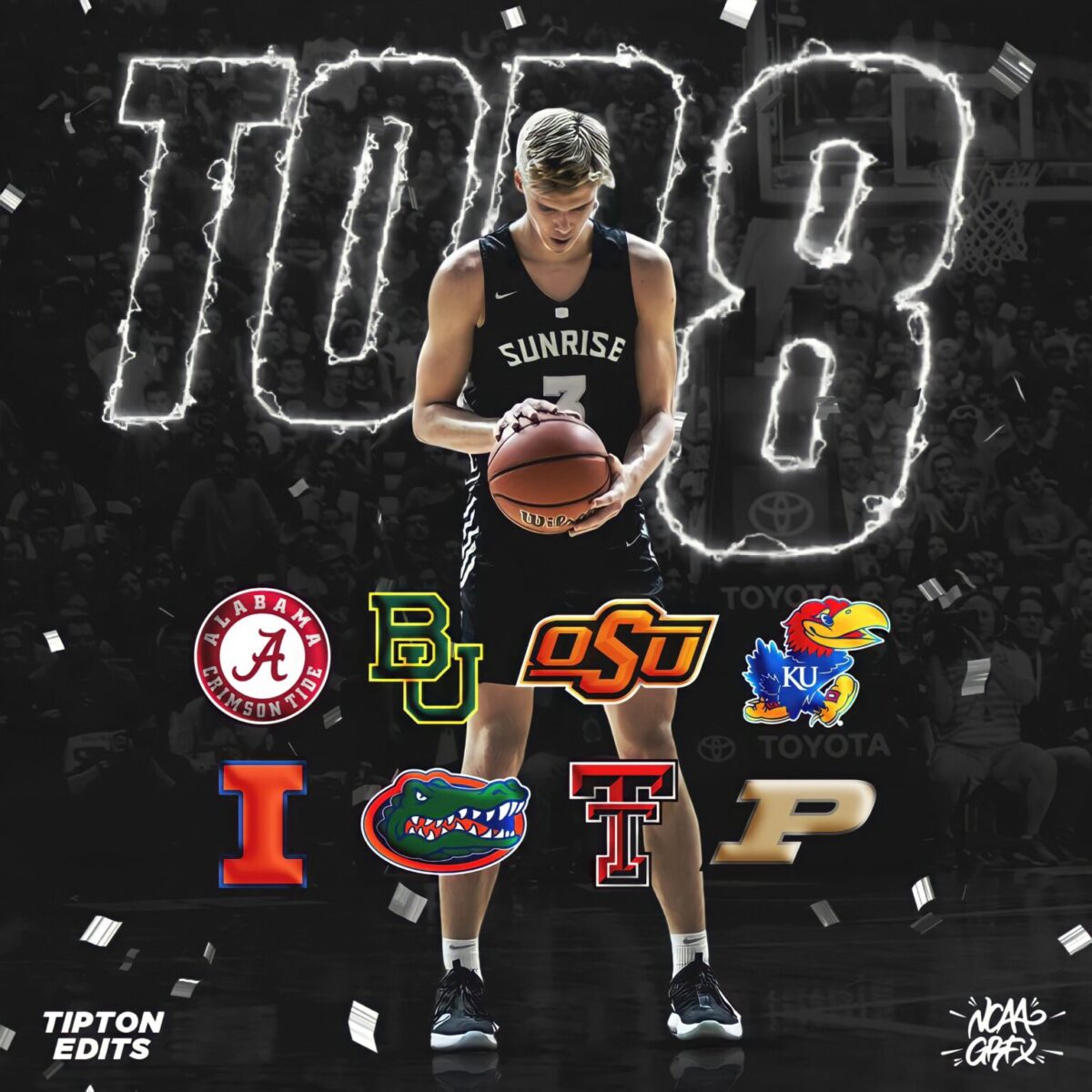 By ADAM ZAGORIA Four-star Class of 2022 small forward Gradey Dick will announce his college choice next week, according to Tipton Edits. The 6-foot-7 Dick out of Sunrise Christian (KS) previously named his top eight schools of Alabama, Baylor, Oklahoma State, Kansas, Illinois, Florida, Purdue, and Texas Tech. The Wichita, KS native is ranked No. 43 nationally in the Class of 2022 and the No. 8 small forward. “”Gradey has grown so much defensively and with his energy,” Sunrise Christian head coach Luke Barnwell said. “He is affecting possessions on both ends of the floor for us. He is so talented that he will score double figures without us noticing.” “He has great stroke and shoots the ball from deep,” he added. “Gradey has a high ceiling due to his size, his ability to score and his athleticism. His future is very bright!” Follow Adam Zagoria on Twitter Follow ZAGSBLOGHoops on Instagram And Like ZAGS on Facebook