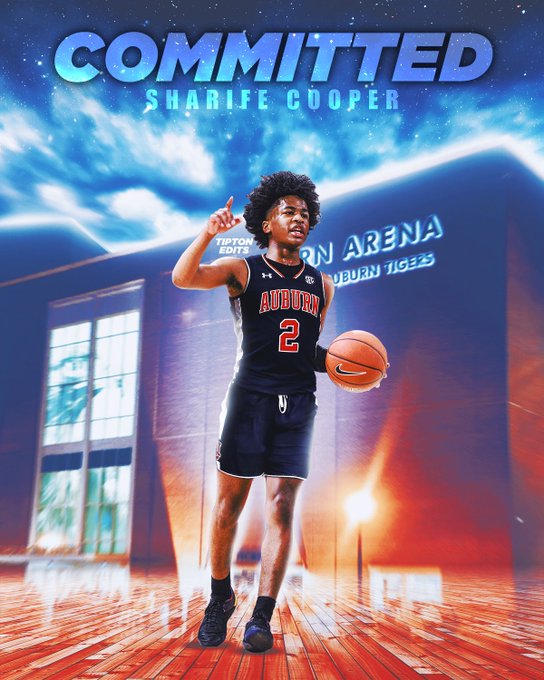 By ADAM ZAGORIA Auburn freshman star Sharife Cooper is in a walking boot with an ankle injury and could potentially miss the remainder of the season, ESPN’s Jimmy Dykes said during the broadcast of the Florida-Auburn game. “I’ll be surprised if he comes back this year,” Dykes said. Cooper, generously listed at 6-foot-1, injured his left ankle Sunday during practice, ESPN reported. He is averaging 20.2 points, 8.3 assists and 4.1 rebounds for the Tigers after going for 26 points in Saturday’s loss to LSU. “Obviously, we struggled tonight and Sunday we lost Sharife,” Auburn coach Bruce Pearl said after the 74-57 loss to the Gators. “He got hurt in practice, turned his ankle pretty good. We will see how the week progresses. We never rush guys back. He is working to try and get back, but we just don’t know.” A New Jersey native with deep ties to the Garden State, Cooper is the projected No. 9 pick in the NBA Draft, per ESPN.com, and No. 15 per Tankathon.com. When he does turn pro, he will be repped by his father, Omar Cooper, a former college star in New Jersey and current NBA agent. “If he is a first-round pick he has to go,” Dykes said. Cooper sat out the first 11 games of the season due to NCAA eligibility issues. ESPN reported that Cooper’s representatives had contacted professional teams in Europe and Australia in case the NCAA did not clear him to play this season. “Ultimately, I wanted to stay at Auburn,” Cooper told me last month for NJ Advance Media. (This post has been updated.) Follow Adam Zagoria on Twitter Follow ZAGSBLOGHoops on Instagram And Like ZAGS on Facebook

Jim Boeheim responds to Jay Bilas comments: 'I know more than him'