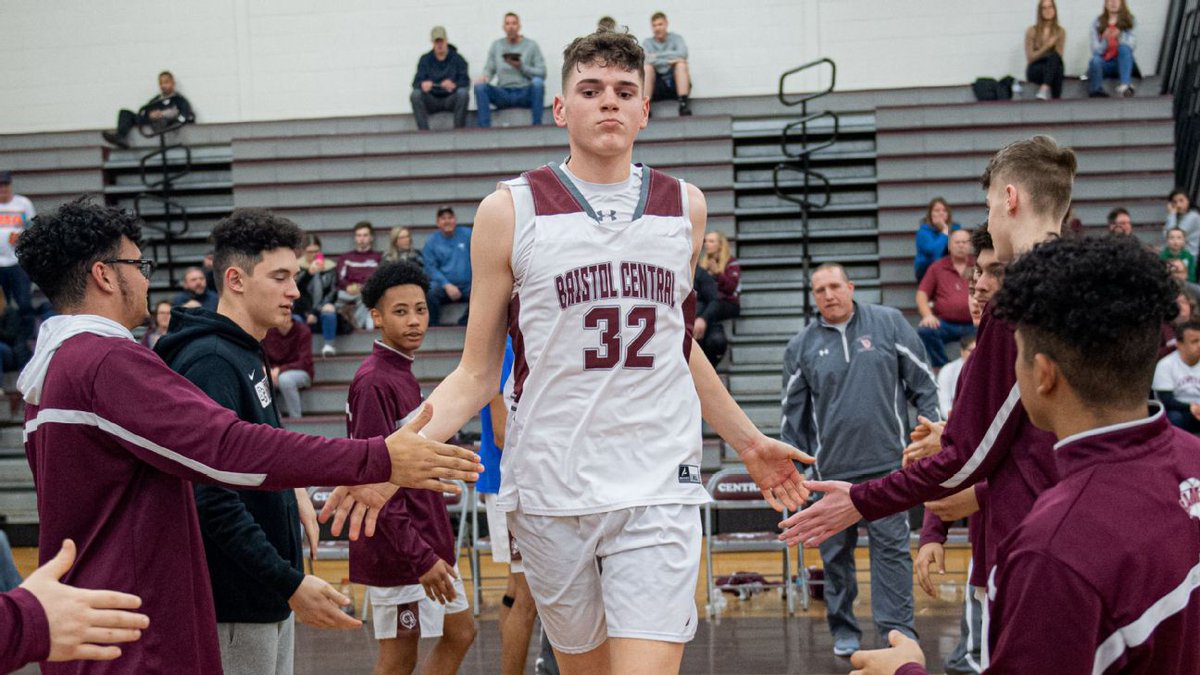 By ADAM ZAGORIA Michigan head coach Juwan Howard is the latest to offer a scholarship to Donovan Clingan, the 7-foot-1 Class of 2022 big man from Bristol (CT) Central and the Boston Spartans AAU program. Howard, whose team is ranked No. 3 and is a projected 1 seed in the NCAA Tournament, made the offer Tuesday night. “It’s feels great,” Clingan said. “I am extremely blessed to get an offer from a school like Michigan. “[Coach Howard] likes how I move and how I play in the post. He thinks I can fit really well into their offense and defense.” Clingan is averaging 32 points, 15 rebounds, 7 blocks and 4 assists per game this season. His team is 3-0 with nine games left before the conference tournament. Syracuse, UConn, Providence, Boston College, Ohio State and Michigan State are among the other schools in hot pursuit of Clingan, ranked the No. 7 center in the 247Sports Composite. Joe Chatman, Clingan’s coach with the Boston Spartans, raved about his upside. “Personally, last year I reached out to every coach in our area and told them I thought the kid was the best low-post 14-year-old I’ve ever seen,” Chatman told ZAGSBLOG last summeer. “But what he’s done recently is work on his range. He’s shooting the 3 fairly well for a guy his size. His passing ability for a guy that young, like [Jim] Boeheim was saying when he first saw him last year, out of double-teams is unparalleled. It’s better than most bigs at the college level now. “His passing ability and his ability to play inside and out is phenomenal for a kid that’s only 16 years old.” MATTY CURTIS LIGHTING IT UP Curtis, a 6-4 wing from Northwest Catholic and the Spartans, now leads the state of Connecticut in scoring as a true junior at 34 points per game with five assists. He put up 43 points in three quarters vs Conrad High School, and holds offers from UMass and Rutgers. Follow Adam Zagoria on Twitter Follow ZAGSBLOGHoops on Instagram And Like ZAGS on Facebook