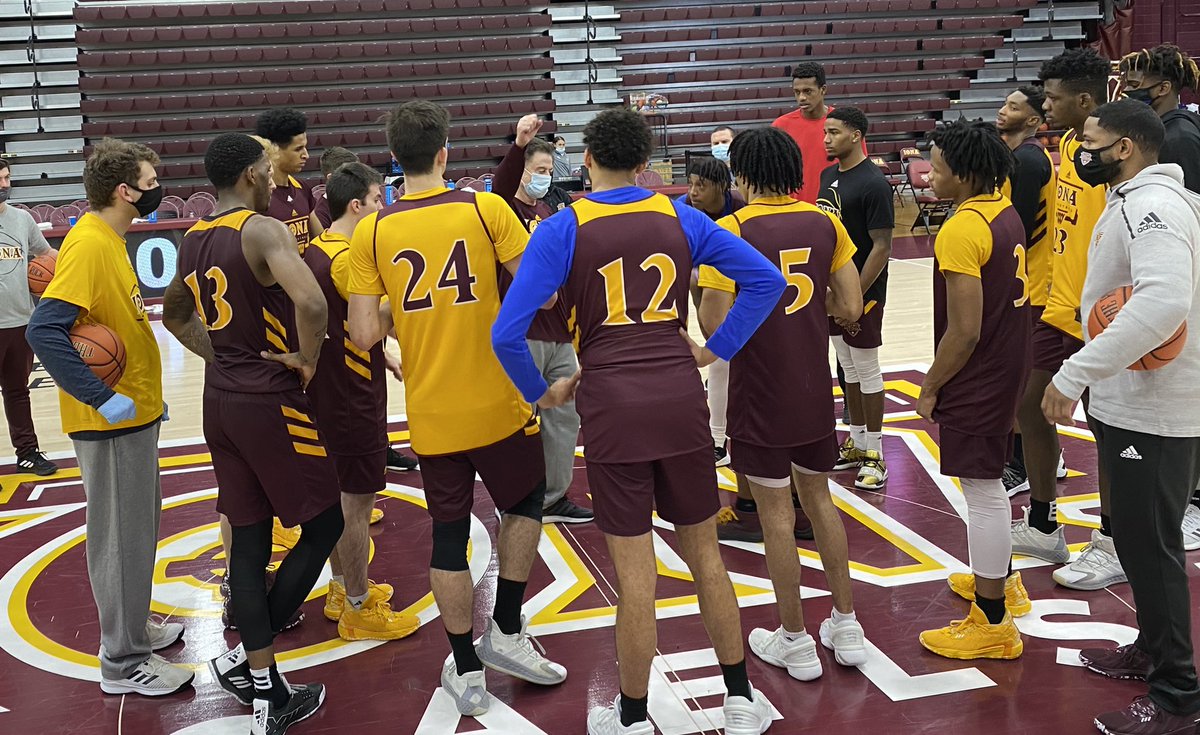 By ADAM ZAGORIA This is not the season Rick Pitino envisioned when he returned to college coaching at Iona College in March. The Gaels (5-3, 3-1) had their third — and latest — COVID-19 paused extended and are now projected to play their next game Feb. 10 against Saint Peter’s. That would mark a 49-day span since their last game, a Dec. 23 win over Coppin State, two days before Christmas. Teams must play 13 games to qualify for the NCAA Tournament, so the Gaels must play at least five more with nine remaining on their schedule to be eligible should they win the MAAC Tournament in Atlantic City. “We haven’t played since Dec. 23, haven’t practiced much because we’ve been on three different pauses. and now our students are coming back to campus, so the only way for us to get through this unscathed is for every single member of the basketball team to catch it, which is not the case,” Pitino said Tuesday on a Zoom call, when he also announced he had tested positive for COVID Jan. 16, after getting his first vaccine shot. Pitino said Tuesday on The Michael Kay Show that six or seven of his players, as well as a graduate assistant, a strength coach and several managers also have had the virus this season, and that some of his players have recently been symptomatic. Pitino said his players have been very “conscious” about “wearing masks everywhere” and staying within their own bubble. Asked how scared he was by his own experience, Pitino told Kay, “I was concerned. You’re 68, regardless of what shape you’re in, you hear so many stories. There’s 400,000 deaths.” He said he has also been concerned for several college coaching legends who are in their late 60s or 70s, including Syracuse’s Jim Boeheim, Duke’s Mike Krzyzewski, North Carolina’s Roy Williams and Michigan State’s Tom Izzo. Boeheim and Izzo both had the virus earlier this season, while Krzyzewski recently quarantined after saying his daughter and granddaughter had tested positive. Before the season began in November, Pitino was on record saying he supported a “May Madness” where the start of the college basketball season would be pushed back until March and the NCAA Tournament would be played in May instead of March and April Going forward, Pitino said he’s “very concerned” that some of his players are symptomatic as students get set to return to campus Feb. 1. He also hopes to play at at least four more games in order to qualify for the MAAC Tournament. “We are very blessed compared to the 400,000 deaths and all the families that have suffered with not even being able to have funerals,” Pitino said. “So my heart breaks for those people, and certainly with the vaccine coming out and maybe by this summer we’ll have some good news.” Photo: Iona Athletics Follow Adam Zagoria on Twitter Follow ZAGSBLOGHoops on Instagram And Like ZAGS on Facebook