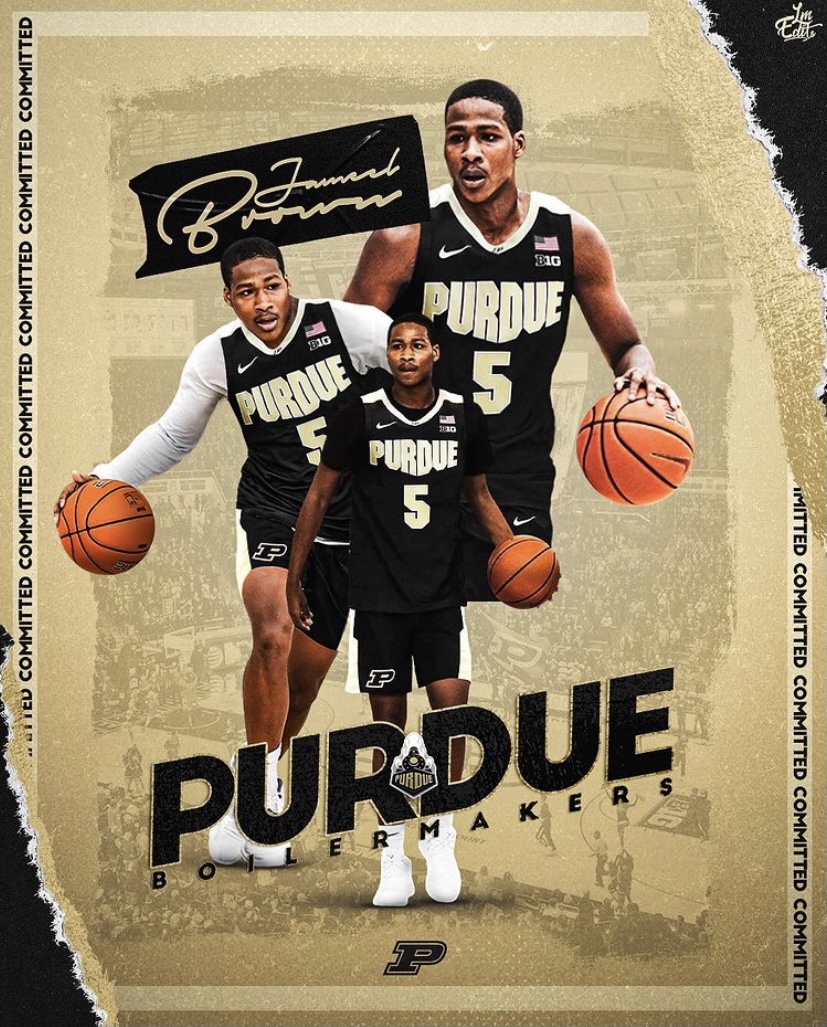 By RYAN McMULLEN & ADAM ZAGORIA Jameel Brown, the 6-foot-4, 190-pound combo guard from the Haverford School and Team Final AAU, committed to Purdue on Monday evening. He also considered UPenn, Xavier, Temple and Marquette. “It was a great fit for me on and off the court,” he said of Purdue. “They’ve been recruiting me even through my injury last year. And just having trust in the coaching staff. “I’ll bring an all-around game. I’ll make shots, defend, rebound and facilitate.” According to 247Sports, Brown is ranked No. 122 nationally and is the No. 3 prospect from Pennsylvania in the class of 2022. “Jameel is a no-nonsense player. He comes with his lunch pail and hard hat daily,” Team Final director Aaron Burt said. “Not flashy but competes at a high level on both ends, fills the stat sheet and comes to win. He’s highly skilled, plays with really good pace and Can play both guard positions effectively. He’s going to be an impact as soon as he steps on a college campus. He joins forces with three-star Fletcher Loyer for the Boilermakers’ 2022 class. He also said he plans to recruit Class of 2022 power forward Jalen Washington. Follow Ryan on Twitter Follow Adam Zagoria on Twitter Follow ZAGSBLOGHoops on Instagram And Like ZAGS on Facebook