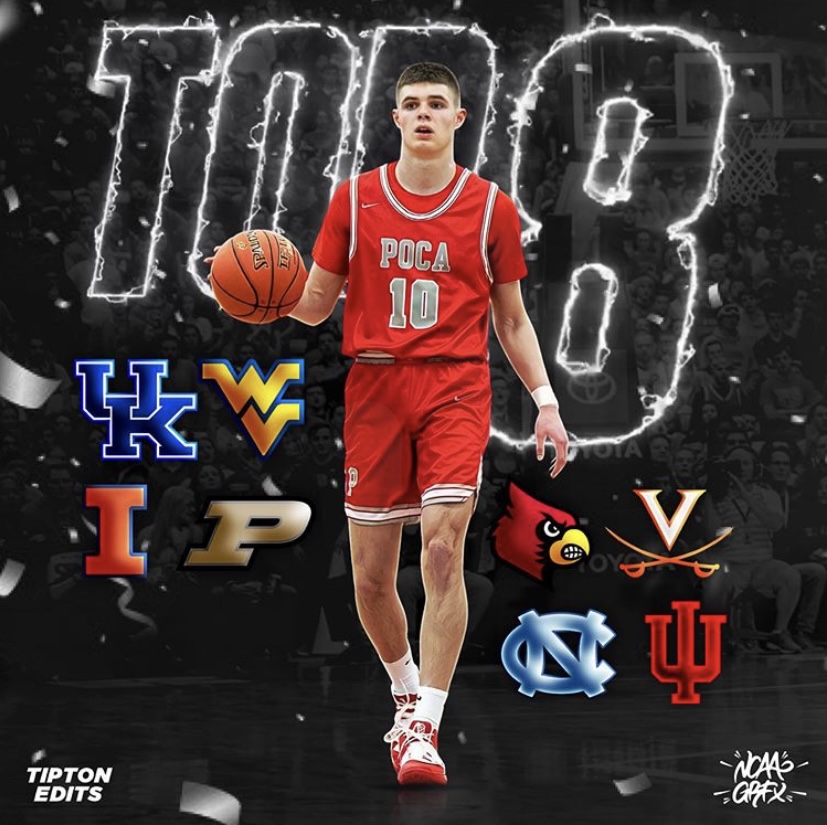 By RYAN McMULLEN Isaac McKneely, the 6-foot-4 guard from Poca (IN) and Wildcats Select AAU, has cut his list to eight schools. McKneely is down to Kentucky, Louisville, Illinois, Indiana, North Carolina, Purdue, Virginia, and West Virginia. He broke down his recruitment with 247Sports. Kentucky: “Early in the process with them, but they’ve been reaching out a good bit. They really like my game and think I would be a great fit. They are consistently putting guys in the NBA as well.” Louisville: “Close to home. I’ve formed a great relationship with Coach (Chris) Mack. They play in a packed arena of 22-thousand every night. I really like the way they use their guards, I could do really well there.” Illinois: “They’re showing a lot of interest and making me a priority. I’ve done several zoom meetings with them and have really liked what I’ve seen. They had the biggest win improvement in the country from 2019 to the 2020 season, so they’re continuing to get better and better.” Indiana: “The style of play is a great fit for me. I’ve been building a great relationship with several of the coaches since the spring. I got to a game last year, and the Hoosier fan base and the atmosphere of Assembly Hall are amazing.” North Carolina: “They’ve been reaching out for a couple months now, so it’s still pretty early with them. I’ve been in consistent contact with a couple coaches there, and I have a good relationship with Cam [Johnson] and Puff Johnson, they’ve told me great things.” Purdue: “Coach (Matt) Painter is a great coach. He’s been at Purdue for years and has built a great program. They’ve been recruiting me very well for a while now. It’s a great fit for me.” Virginia: “I have a really good relationship with Coach (Tony) Bennett. I was fortunate enough to get on campus twice last year for games, and I really like the culture they’ve built there. It’s also a great academic school, so I think it would be a good fit on and off the court.” West Virginia: “It’s my home state. They’ve been recruiting me for a while now. I have a good relationship with a couple current players. I got to visit twice last year and I really enjoyed both of them.” “I plan to sign in the early signing period next year, but I don’t have a specific date for my verbal commitment,” he said. “I would like to go on some official visits before I make a decision though.” According to 247Sports, McKneely is ranked No. 57 nationally in the Class of 2022 and is the No. 1 player from West Virginia. Follow Ryan on Twitter Follow Adam Zagoria on Twitter Follow ZAGSBLOGHoops on Instagram And Like ZAGS on Facebook