Bryce Hopkins down to five schools, set to announce Monday 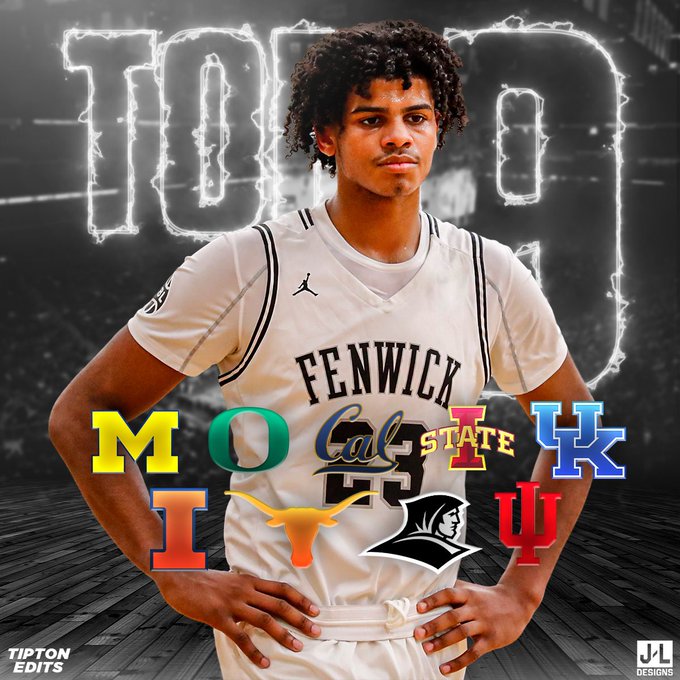 By ADAM ZAGORIA Class of 2021 forward Bryce Hopkins will announce his college choice on Monday at 6:30 E.T., his father Clyde told ZAGSBLOG. The 6-foot-7, 220-pound power forward from Fenwick (IL) High School is down to Kentucky, Providence, Indiana, Illinois and Michigan. “[Those] are the top ones that we’ve been in contact with and Bryce feels comfortable [with],” his father said recently.

Ranked by 247Sports as the No. 10 power forward and No. 39 overall prospect in the Class of 2021, de-committed from Louisville Aug. 9. With eight predictions on 247Sports’ Crystal Ball, 100 percent of experts predict that Kentucky will land the four-star forward. Clyde Hopkins broke down their top five options. Kentucky: “Kentucky is Kentucky. What Bryce really likes about Kentucky, Coach Cal didn’t promise him nothing. You’d have to come in and pretty much take what you want. They definitely will get you ready for that next level. That’s just what Kentucky does. If that’s his dream go for it. “Kentucky speaks for itself with the past history of all the NBA players and stuff like that.” Hopkins picked up an offer from Kentucky on Aug. 21. “I felt great after Kentucky offered me,” Bryce Hopkins said. “The basketball program speaks for itself, and for them to be recruiting just shows me that my hard work is paying off.” Indiana: “We just felt really good about Archie Miller and his staff. We went up there last year sometime, but we took an unoffiicial to Indiana and was totally impressed by the way they do things and the entire coaching staff was with us. It felt like an official visit. The entire staff, it was just first class.” Illinois: “My daughter [Brianna] got her Master’s Degree from Illinois so we’ve been running back and forth to Champaign for the last five years. She just finished up last year. So we are very familiar with what Illinois has to offer with my daughter graduating from there. We spent tons of time down there at campus and at the local restaurants and bowling and stuff like that.” Providence: “My wife is from the East Coast and her sister, Bryce’s aunt, lives three minutes from campus so she’s like right there. My wife being from there, Bryce spent time there this summer with his uncle who played ball at Stonehill College, which is the alma mater of Ed Cooley. They didn’t play together but they played at Stonehill. “From the first time I talked with Ed on the very first Zoom, it was like we’ve been knowing each other for 20 years. I tell him all the time, he’s a special guy, just a great guy. Great coach, great personality, love everything about the guy. We got golfing in common, we talk a lot about golfing.” Michigan: “We had a good conversation with Juwan Howard with him being from Chicago. We talked about a lot of ex-players that came out of Chicago and Juwan is another great guy.” This article has been updated. Follow Jacob Polacheck on Twitter Follow Adam Zagoria on Twitter Follow ZAGSBLOGHoops on Instagram And Like ZAGS on Facebook