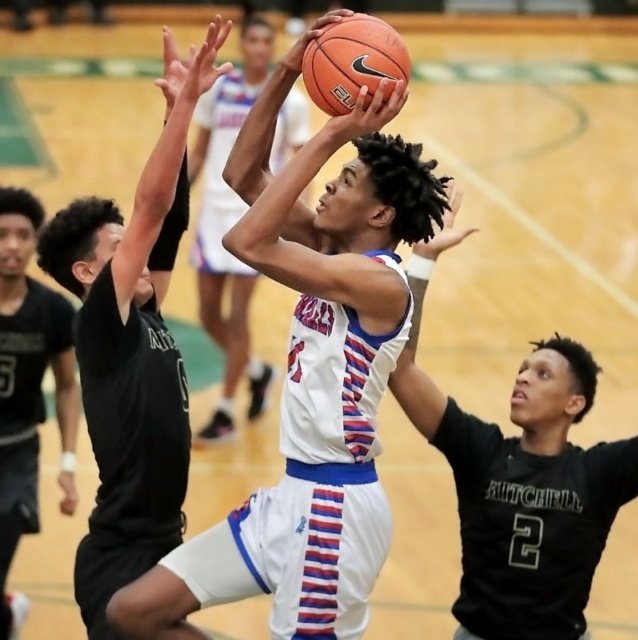 By ADAM ZAGORIA Johnathan Lawson is headed to Oregon. Ranked the No. 27 small forward and No. 133 overall player in the Class of 2021 per 247Sports.com, Lawson chose the Ducks over Arkansas, Alabama, Vanderbilt and Iowa State. “I got a great relationship with [assistant] coach Stubbs [Tony Stubblefield] and the staff,” the 6-foot-8, 178-pound Lawson said in an interview ahead of his public announcement. “I like the way they play and I can come in and make a big impact. With guys leaving, I can make a big impact right away.” As for what role he will play, Lawson said, “I’ll play the 2/3 spot and be a play-maker, score and make each other better.”

Johnathan Lawson with a no-look dime in transition pic.twitter.com/rlTxxqD339

His older brother Chandler Lawson is a sophomore forward at Oregon and now they will reunite. “I’m looking very forward to it, to start winning on the next level,” he said. Lawson joins power forward Isaac Johnson and big man Nathan Bittle in Coach Dana Altman’s 2021 class. He’s not done, either. “Probably like [shooting guard] Jalen Hardy and small forward] Bryce Hopkins, I would love those guys to come in, too,” he said. Follow Adam Zagoria on Twitter Follow ZAGSBLOGHoops on Instagram And Like ZAGS on Facebook