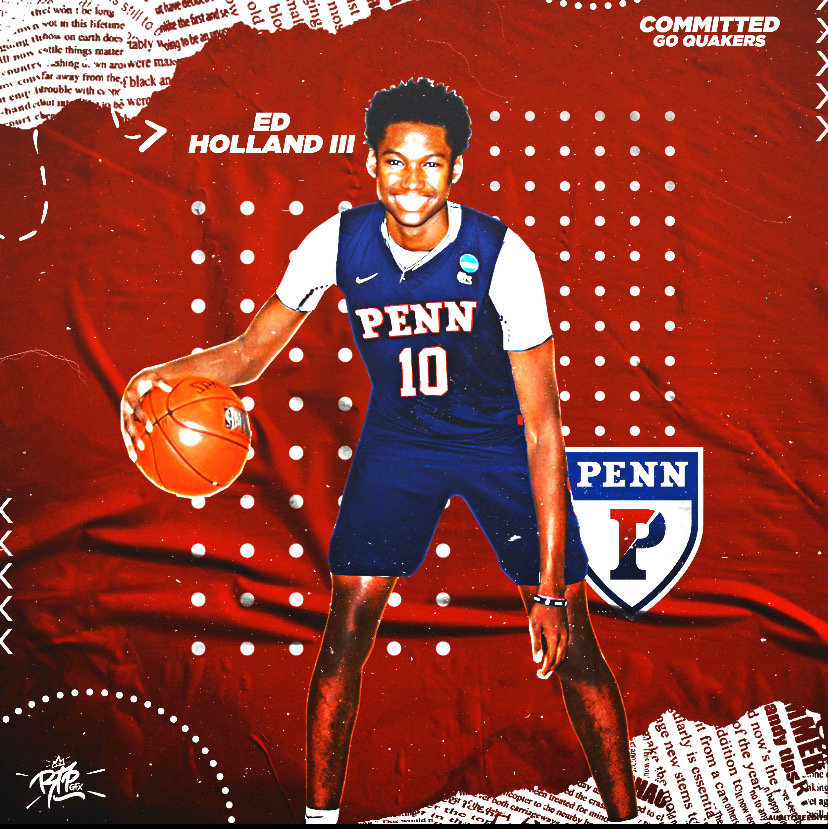 By ADAM ZAGORIA Ed Holland, the 6-foot-6, 205-pound small forward from Philadelphia Friends’ Central and the Philly Pride AAU team, is headed to the Ivy League. Holland committed to Penn on Thursday, choosing the Quakers over Rhode Island, he told ZAGSBLOG ahead of his public announcement. “I will be going to the University of Pennsylvania,” he said. He also considered Yale, Princeton, Columbia, Penn State, VCU and Providence. “[I chose Penn] mostly because of the coaching staff and the way they treated me from Day One, about this time last year,” he said. “They were one of my first offers and they were one of the first schools to recruit me pretty hard and they treated me like family. It wasn’t really like a recruiting situation, it was more of an open, fluid relationship and I just really loved when I got to visit the campus. I met a lot of the trainers there and I got to see the scene of the daily life and I just really connected and got that feeling right away.” Holland made the 2019-20 Pennsylvania Sports Writers Class 3A all-state boys basketball second team last season when he averaged 18 points, 8 rebounds and 4 assists. As a sophomore, he led Friends’ Central in scoring (14 ppg), averaged 6.5 rebounds per game and received All-Friends’ Schools League honors. “I’m just a hybrid player, which is really the kind of player I love to be,” Holland said. “At 6-6 with long arms, I’m a guard who can shoot it and play defense. I’m the type of player you can put anywhere on the floor and play any position. I can guard 1 through 5, I can bring up the ball, I can work through ball screens, I can shoot from the wing. “The coaches said they are looking to utilize every aspect of my game, even in the post.” Follow Adam Zagoria on Twitter Follow ZAGSBLOGHoops on Instagram And Like ZAGS on Facebook