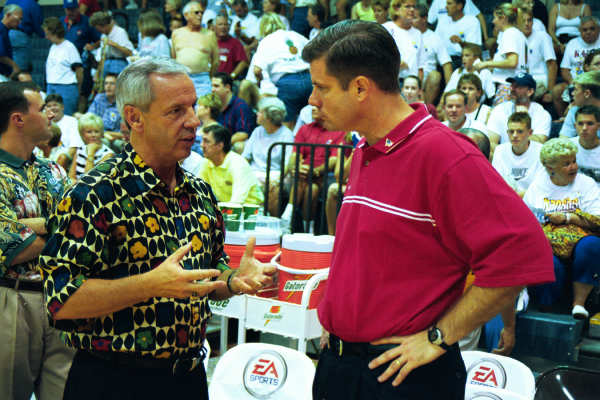 By ADAM ZAGORIA The Maui Invitational will move to Harrah’s Cherokee Center in Asheville, N.C. due to the coronavirus pandemic, the tournament confirmed Friday. The event was slated to run Nov. 30-Dec. 2 featuring Alabama, Davidson, Indiana, North Carolina, Providence, Stanford, Texas and UNLV. “For the first time ever, due to the COVID-19 pandemic and schedule changes announced by the NCAA, the Maui Jim Maui Invitational is planning to relocate to  Asheville, NC with games to be played at Harrah’s Cherokee Center – Asheville operating under the guidance of the North Carolina Department of Health and Human Services for mass gatherings,” a tournament statement sent by email reads. “Tournament dates will be announced shortly. We look forward to bringing the Spirit of Aloha to the mainland.” The event is one of a number of high-profile non-conference events that is on the move. The Champions Classic and Jimmy V Classic are expected to take place in Orlando, Fla. in early December, as are several other ESPN events. Meantime, the Mohegan Sun Arena in Uncasville, Conn., is expected to host the Legends Classic, the Empire Classic and the two Hall of Fame Invitationals. Those events are expected to run from Nov. 25 through mid-December, but the dates and matchups are in flux, sources said. Follow Adam Zagoria on Twitter Follow ZAGSBLOGHoops on Instagram And Like ZAGS on Facebook