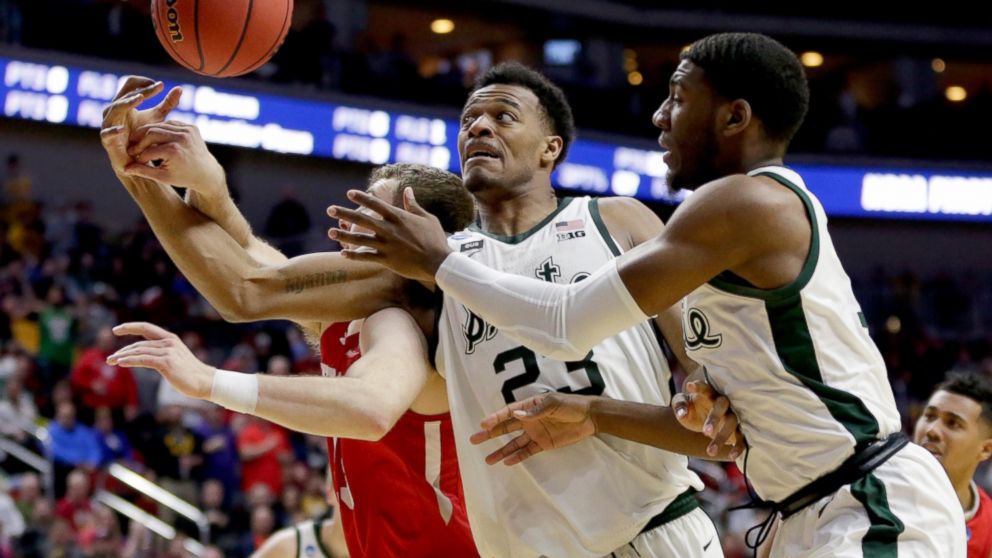 By JACOB POLACHECK Michigan State lost one key piece of their roster Sunday, but will retain another. Junior forward Xavier Tillman will remain in the 2020 NBA Draft, while ESPN’s Jonathan Givony reported that sophomore shooting guard Aaron Henry will withdraw from the draft and return for his junior season. “Based on the feedback I’ve received from NBA teams I am excited to announce my intention to hire an agent and to pursue one of my lifelong dreams,” Tillman said in a statement released Sunday. “I will keep my name in the 2020 NBA Draft.” Tillman, the 6-foot-8, 245-pound junior from Grand Rapids (MI), posted averages of 13.7 points, 10.3 rebounds, 3.0 assists and 2.1 blocks per game during the 2019-20 season. He was a second-team all-conference selection and was named Big Ten Defensive Player of the Year. Tillman is rated as the No. 40 best available prospect in the 2020 NBA Draft, per ESPN.com. Shortly after Tillman’s announcement, the Spartans got some good news on Henry. “This decision was based off wanting to maximize my opportunity to be coached by the best coach in the game in Tom Izzo and reach my dreams and full potential,” Henry told ESPN. “I wanted to put myself in the best situation possible and not rush anything to make sure I start my career on the right foot. This was a tough decision, but Year 3 will be the year.” The NCAA withdrawal deadline for the NBA Draft is Monday. Henry is expected to fill the void left by now-departed senior All-American guard Cassius Winston. “Cassius leaves big shoes to fill. He was asked to do everything for Michigan State,” Henry said. “I’m hoping to step into a bigger role with the ball in my hands. Things will definitely look different. Everyone is going to need to step up and be a piece to the puzzle. NBA teams want to see me in a bigger role. They want to see me be the man on a team. I’m not afraid of that. Let’s get to it.” Before announcing his intentions to return, Henry was rated as the No. 55 best available prospect in the 2020 NBA Draft, per ESPN. He averaged 10.0 points, 4.6 rebounds, 2.9 assists and 0.8 steals per game, in 30 games played during the 2019-20 season. He averaged 29.1 minutes and started in 29 games for the Spartans. The NBA draft was originally set to take place on June 25, but has since been postponed to Oct. 16. Henry is one of several high-profile Big Ten players to withdraw from the draft. Illinois sophomore guard Ayo Dosunmu and freshman big man Kofi Cockburn both announced this past week they would return to campus. Iowa’s Luka Garza, last year’s Big Ten Player of the Year, announced his intentions to return for his senior year on Sunday. Photo: The Associated Press Follow Jacob on Twitter Follow Adam Zagoria on Twitter Follow ZAGSBLOGHoops on Instagram And Like ZAGS on Facebook