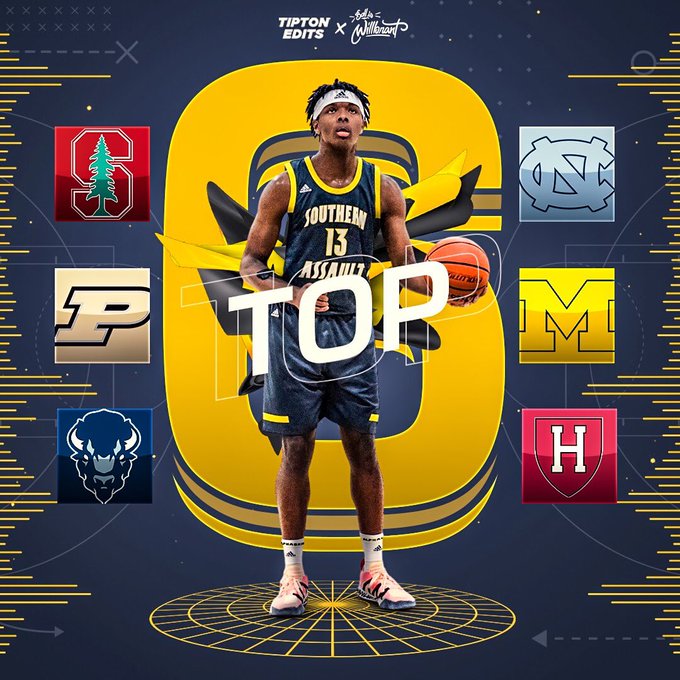 By JACOB POLACHECK Harrison Ingram is down to six. Ingram, the 6-foot-6, 210-pound small forward from St. Mark’s (TX), named Stanford, North Carolina, Purdue, Michigan, Howard and Harvard as his final six schools on Saturday, via Twitter. He cut Baylor, Louisville, Tennessee, Arkansas, Memphis and Texas A&M from his previous Top 10, adding Harvard and HBCU Howard to his list. According to 247Sports.com, Ingram is ranked as the No. 6 small forward and No. 18 overall player in the Class of 2021. Follow Jacob on Twitter Follow Adam Zagoria on Twitter Follow ZAGSBLOGHoops on Instagram And Like ZAGS on Facebook

Howard head coach Kenny Blakeney: "We'll be one of the most scrutinized teams in the country"